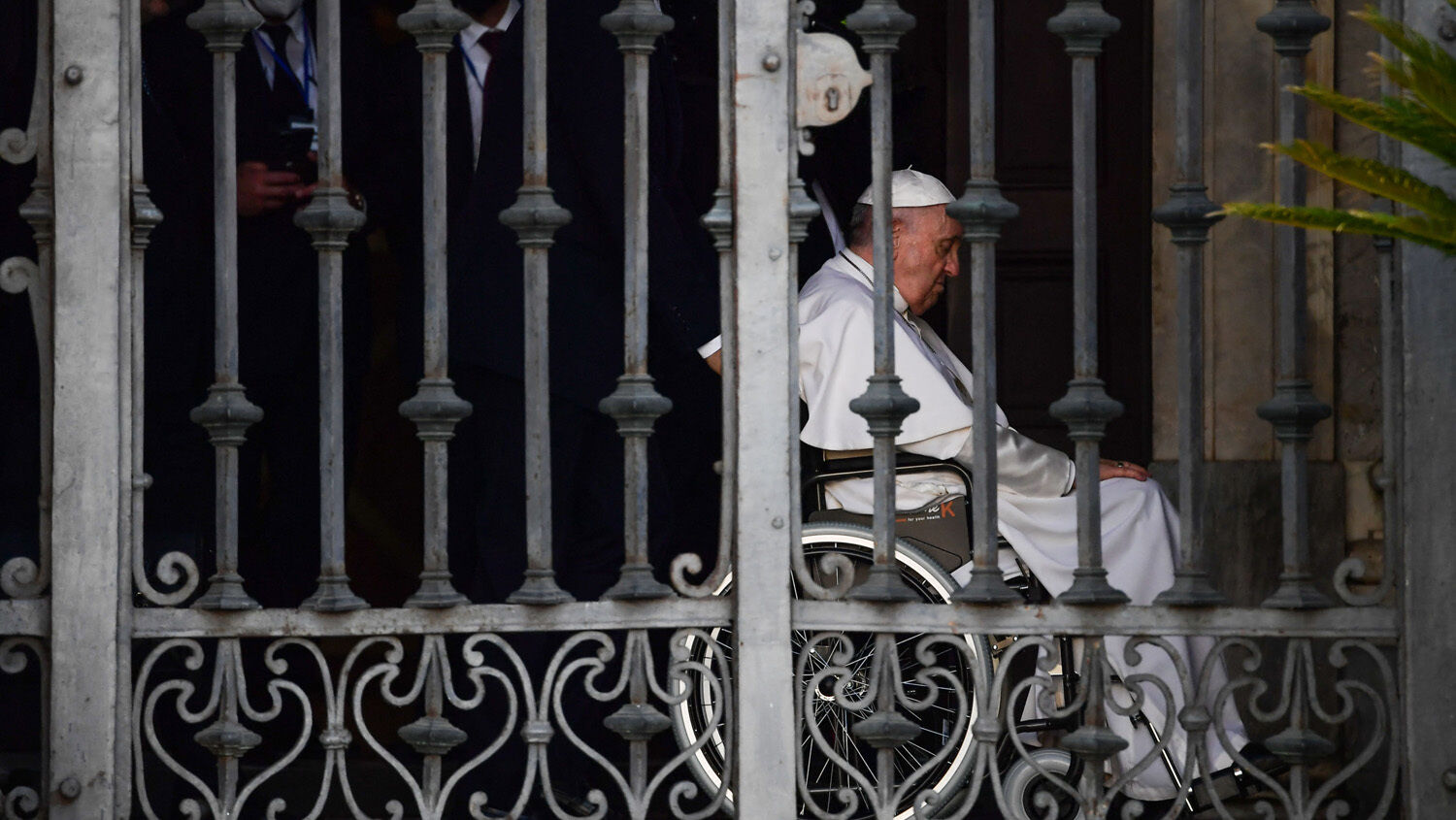 Would Pope Francis retire to make way for him?

Few institutions have been so powerful for so long as the papacy. Vatican City may be the smallest country in the world. Its army may be composed of a handful of Swiss Guards. But it commands the loyalty of over a billion Catholics worldwide. The Vatican Museums contain some of the world’s most priceless and iconic artworks. A word from the Catholic Church can change regimes—and has done so in living memory. Whoever sits on the papal throne sits on a throne of power.

That throne may soon get a new occupant.

For months, rumors have circulated about the possibility of Pope Francis retiring. These rumors have been fueled by Francis’s recent decline in health. In May, he was seen in a wheelchair in public for the first time. His right knee reportedly had a torn ligament. Since then, he has been traveling in a wheelchair frequently.

Despite treatment, the pope’s knee has not improved much. Francis had to cancel a July trip to Africa because of his ailment.

Francis said he had no intention of retiring, according to Vatican News on July 12. “At the moment, I don’t feel that the Lord is asking this of me,” he said. “If I felt He was asking this of me, then yes [I would retire].” Less than a month later, he suggested otherwise.

Francis visited Canada late last month to apologize for the Catholic Church’s involvement in the residential school system. He told reporters aboard the papal plane on July 30 the Canada trip was “a bit of a test” for his health. “I think at my age and with these limitations, I have to save [my energy] to be able to serve the church or, on the contrary, think about the possibility of stepping aside,” he said. “It’s not strange. It’s not a catastrophe. You can change the pope.”

The last pope to retire was Francis’s predecessor, Benedict xvi. He resigned in 2013 due to ill health. “I have come to the certainty that my strengths, due to an advanced age, are no longer suited to an adequate exercise of the Petrine ministry,” Benedict wrote in his resignation letter. “[My strength] in the last few months has deteriorated in me to the extent that I have had to recognize my incapacity to adequately fulfill the ministry entrusted to me.”

Before Benedict, the last pope to resign was Pope Gregory xii in 1415. But Benedict has set a modern precedent that Francis appears to be taking seriously. In a July interview with Reuters, Francis praised Benedict’s decision to resign. “It was such a very good thing for the church,” he said. “He told popes to stop in time. He is one of the greats, Benedict.” Francis is 85, the age Benedict was when he announced his retirement.

Could we soon see a new pope?

Anything is possible. When the pope starts speaking about potentially retiring, the world should listen. When a papal vacancy occurs, the College of Cardinals often chooses a new pontiff to deal with problems it struggles with.

In 1978, when much of traditionally Catholic Eastern Europe was under the Soviet Union’s atheist bear claw, Karol Wojtyła became Pope John Paul ii. Having a local boy become pope electrified his native Poland. John Paul’s papacy became one of the main reasons communism fell in Eastern Europe. He died in 2005. With the world entering a new age of secularism, the college selected the conservative German Joseph Ratzinger to become Pope Benedict xvi. After his retirement in 2013, the Argentine Cardinal Jorge Bergoglio became Pope Francis, whose image as a liberal reformist made him extremely popular within influential progressive circles.

The Catholic Church today is plagued by scandal after scandal. The church’s pedophilia scandal may be the most prominent, but it isn’t the only one. There are the recent revelations on the Catholic Church’s (and the pope’s) relationship with Adolf Hitler’s Nazi regime. There’s the Vatican’s nonresponse to the residential school issue. Francis himself is getting flak for not standing up for clergy abducted by authoritarian regimes. Then there is the division caused by United States House Speaker Nancy Pelosi’s denial of communion by San Francisco’s archbishop.

The Catholic Church, like its leader, is ill and struggling to stand upright and move forward. How long Francis will stay on the throne is unclear. If Pope Francis were to retire, who would the Vatican choose to replace him? Who could be the man to tackle these crises?

The Trumpet has long watched for the Vatican to not only get its own crises under control but to become a real force of power on the world scene. We base our analysis on prophecies like those found in Revelation 17. The chapter features a “woman,” biblical symbolism for a church (see Ephesians 5:22-32), who “reigns over the kings of the earth” and has control over “peoples, multitudes, nations, and tongues” (Revelation 17:15, 18; New King James Version). She inhabits a “great city” situated on “seven mountains,” or seven hills (verses 9, 18). This is a prophecy of the Roman Catholic Church.

This woman is depicted as riding a seven-headed “beast” (verse 3); in the Bible, a beast is a symbol for an empire (see Daniel 7). This particular beast symbolizes seven resurrections of the Roman Empire appearing in Europe (Revelation 17:10). (Please read Who or What Is the Prophetic Beast?, by late theologian Herbert W. Armstrong, for more information.) Each of these resurrections were to be “ridden by the woman,” meaning controlled or at least influenced by the Catholic Church.

History records that six of these resurrections have come and gone. This means there is one more to come. And Revelation 17’s complete fulfillment takes us to the Second Coming of Jesus Christ (verse 14), a future event.

This last resurrection is forming in Europe right now. For the “beast” (a powerful European empire) to be revived one last time, it needs a strong Catholic Church. “[Europe’s] leaders talk continually of political union—which means, also, military,” Mr. Armstrong wrote in The United States and Britain in Prophecy. “So far they have been unable to bring about full political union. This will be made possible by the ‘good offices’ of the Vatican, who alone can be the symbol of unity to which they can look.”

The Catholic Church is not strong today. Pope Francis is losing strength right as the Vatican is gaining more and more problems. And he’s not getting any younger.

Something needs to change.

It remains to be seen who will be the pope to preside over the last resurrection of the Roman Empire. It may very well be Pope Francis; his health could take a sudden turnaround. But there’s a decent chance this won’t happen. Francis could look to Benedict’s precedent and retire. This could pave the way for a younger pope who could breathe new life into the Catholic Church—and Europe. One way or another, a strong Vatican leader is imminent.

For more information, please request a free copy of Who or What Is the Prophetic Beast?