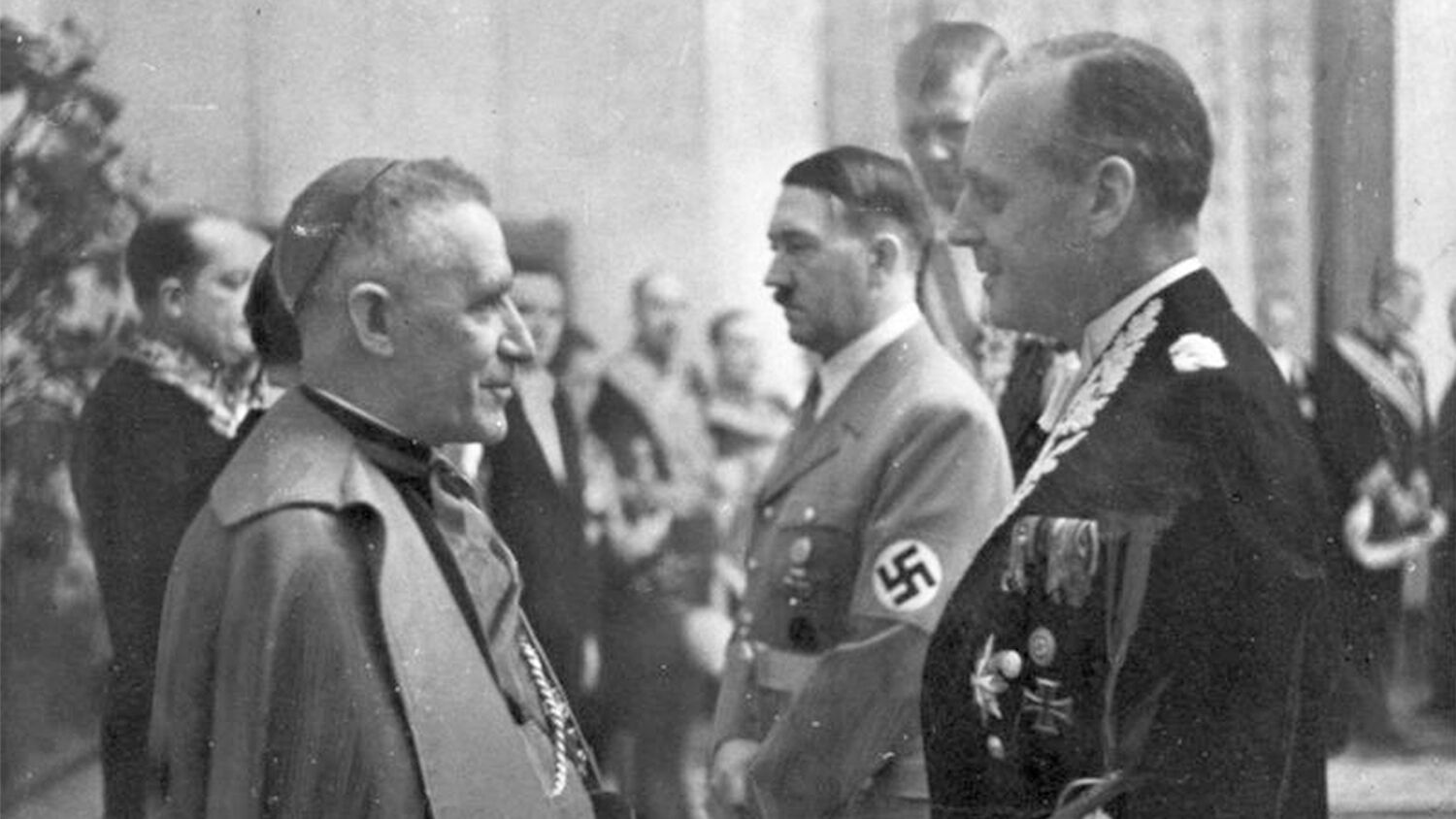 Seventy-five years after the end of World War ii, the German branch of the Catholic Church has admitted it was complicit with the Third Reich. The German bishops published a 23-page document in early May describing the bishops’ conduct from 1939 to 1945. During that time, hundreds of priests accompanied the Wehrmacht on the front lines, thousands of churches and monasteries were converted into military hospitals, and tens of thousands of nuns fulfilled their “duty to the fatherland” by acting as nurses.

Questions and accusations have circulated for years regarding to what degree the Vatican, and Pope Pius xii, was aware or complicit with the Nazi atrocities.

The clergy has obfuscated the question for decades, but this new report comes as close to a “confession of guilt” as can be expected. The council writes: “In as much as the bishops did not oppose the war with a clear ‘no,’ and most of them bolstered the [German nation’s] will to endure, they made themselves complicit in the war. The bishops may not have shared the Nazis’ justification for the war on the grounds of racial ideology, but their words and their images gave succour both to soldiers and the regime prosecuting the war, as they lent the war an additional sense of purpose.”

In 1929, Hitler was inspired by Benito Mussolini’s Lateran Treaty, which he signed with the Vatican. Four years later in 1933, just weeks after the Nazi Party seized power, Hitler signed the Reich Concordat. Immediately after gaining power, peace with the Catholic Church was at the top of Hitler’s priority list. Like Charlemagne and the Holy Roman emperors before him, he knew he needed the support of the Vatican if he was to have complete control of Germany, Europe and the world.

“There is no need to conceal that this is not an easy task for us,” said Georg Bätzing, bishop of Limburg and chairman of the German Bishops’ Conference. “We know that presiding over our predecessors as judge and jury does not suit us. No generation is free from judgments and prejudices that are shaped by its time. But those who come later must confront history, in order to learn from it.”

For the most part, the bishops of the war era enthusiastically endorsed the regime’s foreign policy. When Germany invaded Poland, the overwhelming majority of bishops threw the full weight of their support behind their country in patriotic obedience. The few bishops who criticized the regime were silenced by Cardinal Adolf Bertram. Konrad von Preysing of Berlin was the solitary voice against the regime.

The report argues that they were motivated by the Catholic doctrines of just war, nationalism and anti-Communist fervor: “[T]he Catholic Church in Germany was part of a society at war.” Head of the conference’s foreign affairs committee, Heiner Wilmer, bishop of Hildesheim, said: “Even if we can perceive that the bishops’ perspective on events shifted over the course of the war, they did not pay enough attention to the suffering of others.”

The Times’ Oliver Moody pointed out that the report says nothing of the years before the war. Many churches celebrated Hitler’s 50th birthday in 1939 by flying swastika flags and holding special prayers for the “fosterer and protector of the Reich.” In 1938, one bishop called for a “unanimous profession of loyalty to the great German fatherland,” following the annexation of Austria.

Pope Pius xii has long been criticized for his silence regarding the Holocaust. The Vatican has argued that he was silent out of fear that the Nazis would take revenge on German Catholics. In 2009, Pope Benedict xvi, who served in the Hitler Youth in Germany, commended Pope Pius’s “heroic virtues.”

To understand what really happened in the Vatican during the war, historians have been waiting to examine the Vatican’s sealed archive. Last year, Pope Francis said he would grant 200 historians access to examine the millions of documents in the archive. He said that the Catholic Church “has no fear of history.” In March of this year, about 60 historians began studying the files, only for the archive to be shut down a week later due to the coronavirus lockdown in Italy.

However, one week was enough for a German team from the University of Münster led by Herbert Wolf to find more evidence showing that the Vatican knew much more about the Nazi atrocities against the Jews than previously admitted. For more information about the material gathered from the archive, read Brent Nagtegaal’s article “The Vatican Knew of Jewish Genocide but Did Nothing.”

After having denied wrongdoing for so long, why are German bishops undermining their own position with this weak statement admitting guilt? Why now?