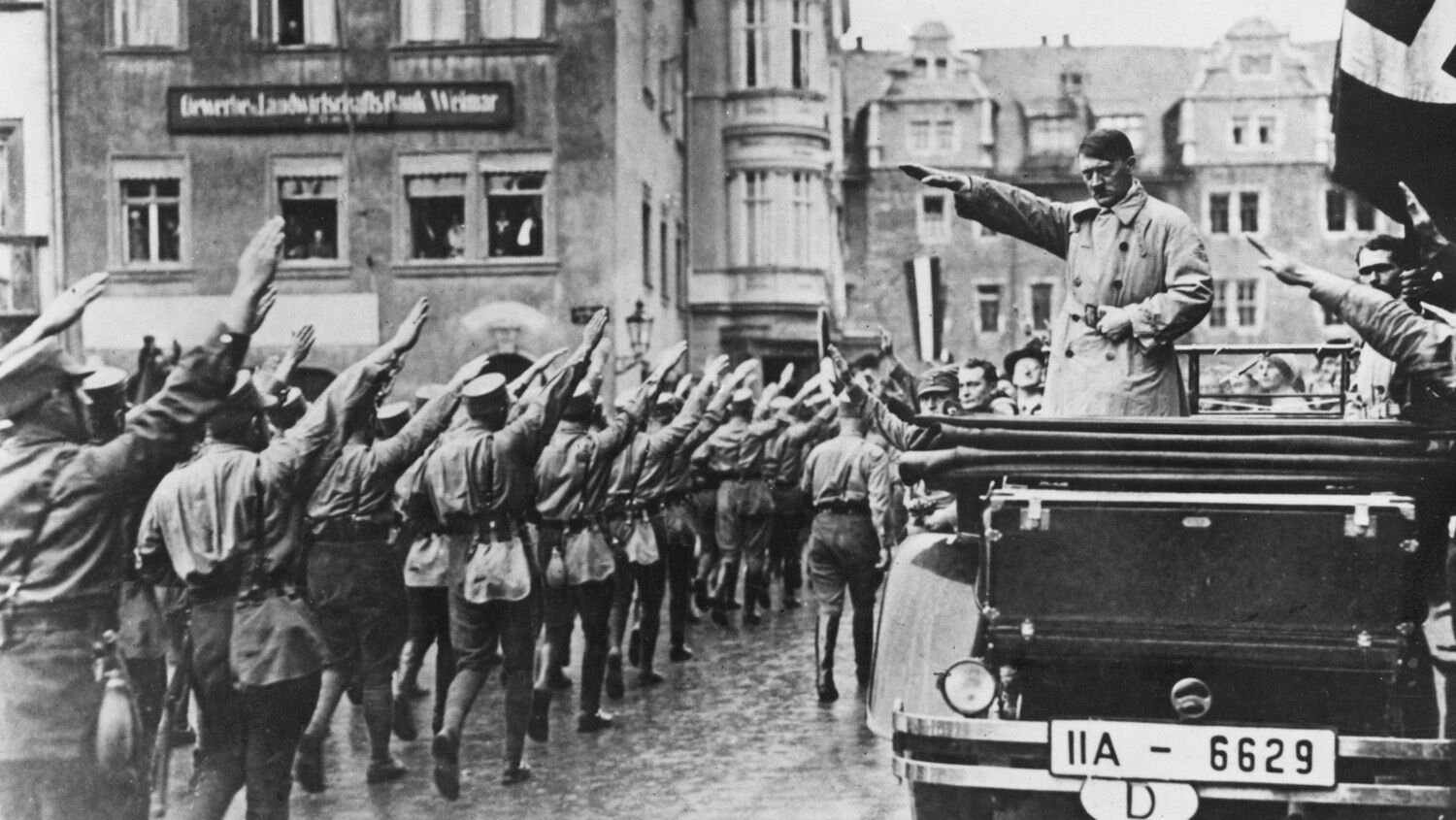 The reason may surprise you.

In “The Pope’s Secret Back Channel to Hitler,” David I. Kertzer highlighted on May 31 findings from the recently revealed Vatican documents that showed previously unknown communication between Pope Pius xii and Adolf Hitler. Concerning the pope’s involvement, Kertzer wrote: “[F]or those who see the papacy as a position of great moral leadership, the revelations of Pius xii’s secret negotiations with Hitler must come as a sharp disappointment.” Disappointment is an understatement. The revelations are a bombshell that allow for much harsher criticism.

“Pius xii and Adolf Hitler had no affection for each other,” Kertzer wrote. “Yet each man had his own reasons for initiating these talks. The pope placed the highest priority on reaching a deal with the Nazi regime to end the persecution of the Roman Catholic Church in the Third Reich and in the lands that it conquered. For his part, Hitler saw an opportunity to end the papal criticism that had become such an irritant under the previous pope.”

But was it really just a relationship of convenience? Why was Hitler so invested in the relationship? While the lust for power certainly played an important role, a deeper study of Adolf Hitler and Mein Kampf reveals that religion did as well.

When most people think about Hitler, they imagine him as an atheist. But while the theory of natural selection certainly impacted the mindset of Hitler and those around him, there is much more to it. Mein Kampf reveals Hitler’s deep disdain for the Jews, but it also includes multiple references to God, His will and a certain predestined course the world has been put on. Certainly, Hitler’s ideas of religion were perverted; nonetheless, his search for spirituality should not be overlooked.

On July 20, 1933, the Vatican and Nazi Germany signed the Reichskonkordat, an agreement between the Nazis and the Vatican. Hitler and many of his cronies were raised Catholic. Mein Kampf was edited by a Catholic priest. Hitler’s hierarchical government was patterned after that of the Catholic Church. One of Hitler’s closest confidants, Heinrich Himmler, modeled the SS after the principles of the Catholic Jesuit Order (though he is said to have later distanced himself from his traditional Catholic upbringing). Himmler revitalized the Holy Roman Empire brotherhood of soldier-priests called the Teutonic Knights. The Nazis also initiated a large-scale effort to rewrite the New Testament to prove that Jesus Christ was actually Aryan and that the Jews were His primary enemies.

In 1938, Hitler brought back the crown jewels of the Holy Roman Empire from Vienna to Nuremberg. The Holy Roman Empire was a union between church and state. Hitler was a fan of Charlemagne, who converted Europe to Catholicism by the sword. The Catholic Church is the founder of much of the culture Hitler admired. In fact, what originally motivated his conquest were fears that this culture was eroding. Inspired by the crown jewels, he fought to restore this culture. In doing so, he cooperated with and took inspiration from the Catholic Church.

From a purely evolutionary concept, no one would conclude that the Jews are an inferior race—yet Hitler did. He set out to extinguish them, even though they played a crucial role in the German economy. This isn’t a logical action. But if you consider that the Jews have also been the victim of persecutions ordered by the Catholic Church (the Inquisition and Crusades), it becomes clear why Hitler talked to the pope.

Historian John Toland wrote about the close tie between Hitler and leaders in the Catholic Church:

By mid-1933 the majority of Germans supported Hitler …. “Hitler knows how to guide the ship,” announced Monsignor Ludwig Kass, leader of the recently outlawed Catholic Party after an audience with the pope. “Even before he became chancellor I met him frequently and was greatly impressed by his clear thinking, by his way of facing realities while upholding his ideals, which are noble …. It matters little who rules so long as order is maintained.” Pius xii subscribed to the same principles, as was proved on July 20 when a concordat between the Vatican and Hitler was signed. The church agreed to keep priests and religion out of politics while Hitler, among other things, granted complete freedom to confessional schools throughout the country, a notable victory for German Catholics. His Holiness welcomed Hitler’s representative, Franz von Papen, “most graciously and remarked how pleased he was that the German government now had at its head a man uncompromisingly opposed to communism and Russian nihilism in all its forms.”

The Vatican was so appreciative of being recognized as a full partner that it asked God to bless the reich. On a more practical level, it ordered German bishops to swear allegiance to the National Socialist regime. The new oath concluded with these significant words: “In the performance of my spiritual office and in my solicitude for the welfare and the interest of the German Reich, I will endeavor to avoid all detrimental acts which might endanger it.”

This illustrates how the church and state have cooperated during the six resurrections of the Roman Empire. …

Many Catholics today don’t like to admit Hitler’s connection with Catholicism. We have written often about how most of the Nazi leaders escaped after World War ii through the Vatican “ratlines.” That is a well-documented truth. The highest leaders in the Catholic Church helped the worst criminals of the 20th century escape! That is not a holy relationship. That truth alone ought to electrify people into an intense concern about what is happening in Europe today!

Revelation 17 reveals that a church—symbolized by a woman—has been the controlling factor of the resurrections of the Holy Roman Empire. If you consider this view, Adolf Hitler’s communications with the pope appear in a completely new light. Could it be that the Vatican and the Third Reich shared more goals than most like to admit? Mr. Flurry thoroughly answers this question in Germany and the Holy Roman Empire.

Even before the recent revelations, Mr. Flurry detailed the true motives behind this cooperation. He also showed that Adolf Hitler was prophesied in the Bible, and he revealed an intriguing detail that shows where God’s warning message was at the time. What’s more, Mr. Flurry showed that this history is more relevant today than ever because we are about to see another resurrection of the Holy Roman Empire. To understand more, request a free copy of Germany and the Holy Roman Empire.