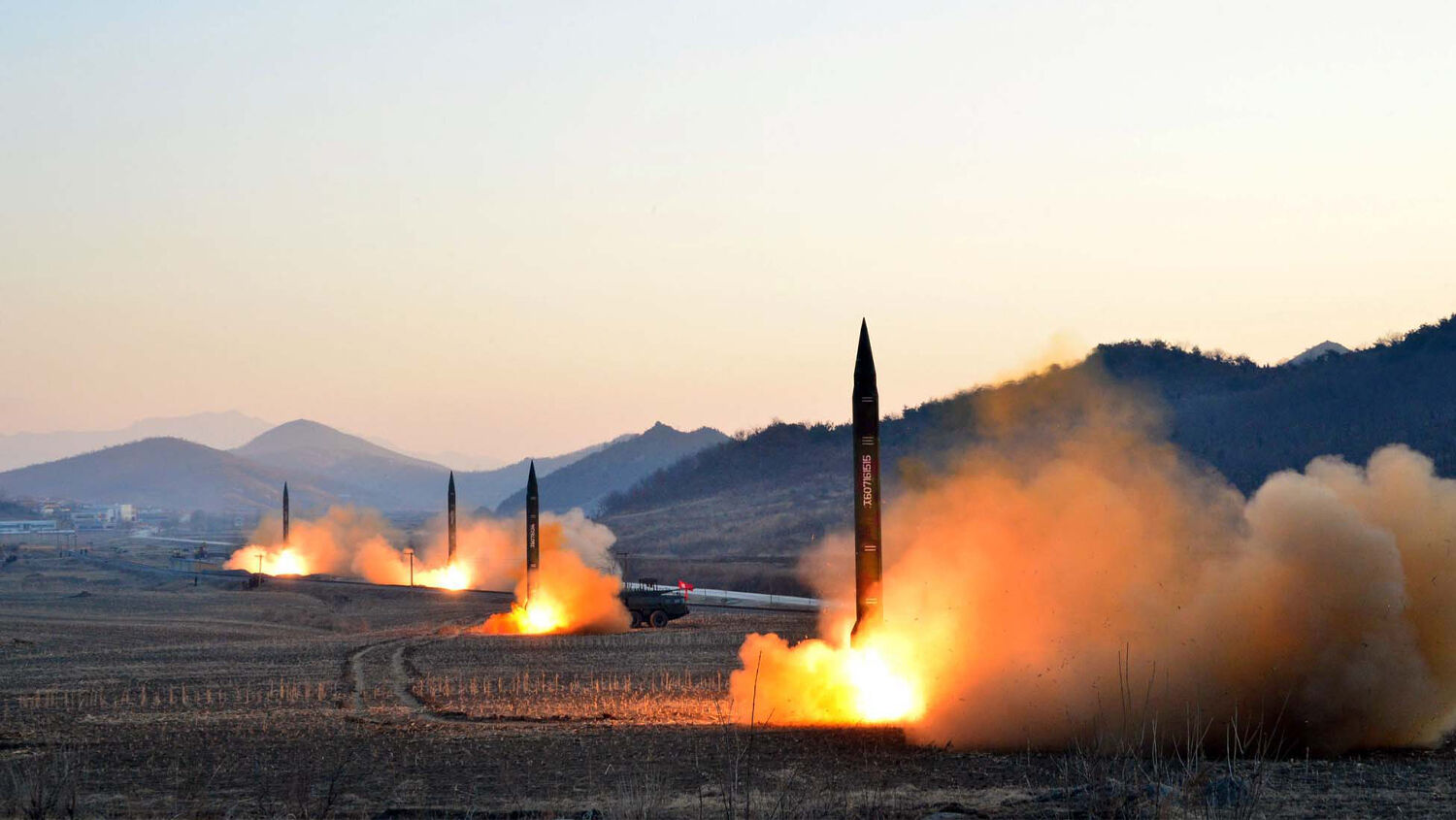 Will war break out between North and South Korea once more?

The world is in chaos. Russia is stuck in a bloody war in Ukraine. Iran is close to acquiring a nuclear weapon. America is reeling from mass shootings. Israel just went through a spree of deadly terrorist attacks. China threatens to invade Taiwan. Yet while events like these capture the world’s attention, another crisis is simmering—in East Asia. This crisis is one of the world’s longest-lasting geopolitical flashpoints: between North and South Korea.

The Korean War ended with a ceasefire in 1953 but the two Koreas are technically still at war with each other. News of North Korea’s missile tests or South Korea’s military exercises have been making the news year after year—but there have been no gigantic eruption of missiles and battalions flung at each other. It might be easy to brush off stories from the Korean Peninsula as tough but empty talk from Seoul and Pyongyang. It could be easy to think active conflict won’t happen.

It shouldn’t be easy. North Korea is one of the world’s most volatile and unpredictable nuclear states. South Korea has a massive military and a massive economy to back it up. A clash between the two would be monumental. Recent signs suggest something like this could happen in the near future.

On May 25, the South Korean government stated it had evidence that North Korea was planning for a new nuclear test. This would be Pyongyang’s seventh nuclear test and first since 2017. On June 3, United States Special Envoy for North Korea Sung Kim reaffirmed the claim. Kim was meeting with South Korean and Japanese representatives in Seoul.

How is Seoul responding?

The day after North Korea’s launch of eight missiles, South Korea and America fired eight surface-to-surface missiles of their own. This was to show off an “ability and readiness to immediately strike with precision,” said Seoul’s joint chiefs of staff. Then on June 7, 20 South Korean and American warplanes held an exercise. U.S. Deputy Secretary of State Wendy Sherman was in Seoul during the exercise.

The last South Korean president, Moon Jae-in, tried to deescalate tensions with Pyongyang. Moon was in office from 2017 to 2022. He tried to engage North Korean Supreme Leader Kim Jong-un through diplomacy. Moon’s approach had some success, but it didn’t take Pyongyang long to reescalate tensions.

South Korean presidents are only allowed to serve for one term. And in March, South Koreans elected Moon’s successor: Yoon Suk-yeol, a conservative former prosecutor whose work led to the impeachment of a former president. Yoon is taking a much different approach to North Korea than did his predecessor.

When asked by cnn what he would do if North Korea carried out a seventh nuclear test, Yoon responded: “We will strengthen the response to threats and provocations. Both the U.S. and South Korea are planning a stronger response that can stop such provocation.”

Yoon said in his interview he would be open to talks with Kim Jong-un. “I think the ball is in Chairman Kim’s court,” he said. “It is his choice to start a dialogue with us. I do not want North Korea to collapse.”

Nevertheless, Yoon recognizes that North Korea can go full-steam ahead with its nuclear program regardless of whether South Korea is hostile or appeasing. Yoon’s strategy for the moment seems to be to match strength with strength. It looks unlikely that South Korea will have nuclear weapons on its soil anytime soon. Yet the fact that Yoon has called for nukes shows where he is willing to take Seoul to keep South Koreans safe.

Yoon wouldn’t be pushing for renewed war games if he didn’t think actual war is a legitimate possibility.

Could we see a second Korean War erupt in the near future? Would it be a nuclear war?

The Trumpet analyzes world conditions through the lens of Bible prophecy. One particular prophecy we zero in on is found in Matthew 24. Verses 21 and 22 speak of “great tribulation,” a time of world turmoil “such as was not since the beginning of the world to this time, no, nor ever shall be. And except those days should be shortened, there should no flesh be saved [‘saved alive’—Moffatt translation]: but for the elect’s sake those days shall be shortened.”

A conflict that threatens to wipe out all humanity has never been a legitimate possibility—until weapons of mass destruction, such as nuclear weapons, were invented. This prophecy is speaking of a nuclear World War iii. Verse 30 ties this prophecy with the Second Coming of Christ, a future event. So this “great tribulation” is yet to come.

However, preceding verses in Matthew 24 reveal some of the conditions affecting the world before this “great tribulation” starts. Verses 6-8 read: “And ye shall hear of wars and rumours of wars: see that ye be not troubled: for all these things must come to pass, but the end is not yet. For nation shall rise against nation, and kingdom against kingdom … All these are the beginning of sorrows.”

The Bible reveals that, before World War iii starts, Earth will already be reeling from massive conflicts. And these conflicts will make people extremely scared. People will think the “end of the world” is starting when it actually isn’t.

In that respect, a war between North and South Korea is a possibility. Whether such a war would take place remains to be seen. But Kim Jong-un is one of the world’s most unstable leaders. His regime is one of the world’s most abusive to its own people. His domestic actions show he has little regard for human life. If starting a massive war is what it takes for him to hold onto power, who knows what he’d initiate.

And also, with America’s fiasco in Afghanistan and walking back on its promise to protect Ukraine, perhaps Pyongyang senses weakness. Perhaps Kim thinks he has a legitimate chance of taking over South Korea as the Taliban did Afghanistan.

Perhaps Yoon Suk-yeol is worried with what happened in Afghanistan. Perhaps he believes Washington is an unreliable protector. Perhaps Seoul develops its own nuclear weapons—with or without America’s consent.

“[Bible prophecy] does not mean that we should be unconcerned about the dangers posed by the regime of Kim Jong-un in North Korea,” we wrote in our October 2017 issue. “This nuclear-armed despot has tested intercontinental ballistic missiles believed to be capable of striking the American mainland. And there is nothing in Bible prophecy that says such a strike will not take place. Prophecy shows such a scenario will not be the spark that ignites the third world war. …

“The North Korean danger is graver than most realize, and Pyongyang could inflict major damage on the U.S. or other nations. It is also possible that the U.S. could hazard a preemptive strike. Any such scenario would contribute to the ‘wars and rumours of wars’ that Christ warned would occur before the Third World War breaks out.”

In his booklet Nuclear Armageddon Is ‘At the Door,’ Mr. Flurry even said Kim “changed the nuclear equation in this world.”

What exact role the two Koreas will play in end-time events isn’t completely clear. But the Korean Peninsula remains an important place to watch. The stand-off between Seoul and Pyongyang could turn very destructive very fast. And if it does, it would impact the whole world.