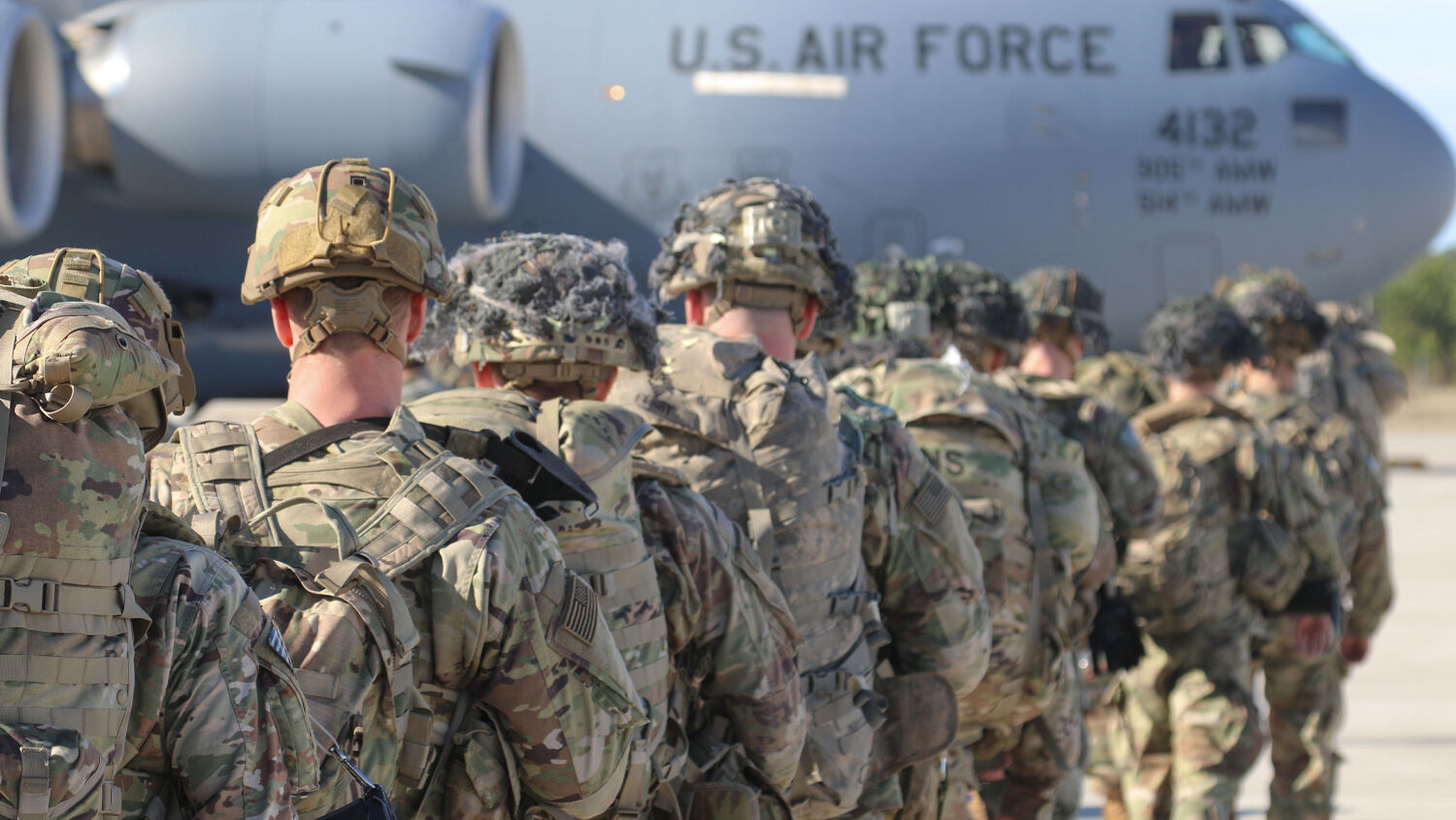 Is Iraq about to fall to Iran?

The United States and Iraq plan to officially announce the withdrawal of United States combat troops from Iraq by the end of the year, the Wall Street Journal reported on July 22. The U.S. military apparently will maintain a presence in Iraq to assist in noncombative duties.

“We don’t need any more fighters because we have those,” said Iraqi Foreign Minister Fuad Hussein. “What do we need? We need cooperation in the field of intelligence. We need help with training. We need troops to help us in the air.”

The U.S. retreated from Iraq once before, in 2011. About 150,000 American troops were sent home after the Obama administration declared the Iraq mission accomplished. Current Secretary of Defense Lloyd Austin was instrumental in bringing America’s soldiers home. President Joe Biden wrote in the Atlantic that Mr. Austin “played a crucial role” in the 2011 withdrawal.

This retreat from Iraq follows the U.S. military’s withdrawal from Afghanistan by August 31.

The 2011 Iraqi withdrawal and 2021 Afghan withdrawal both show that a U.S. retreat is a windfall for radical Islamists.

After America left Iraq the first time, the Islamic State surged and took over large parts of the country. But the Islamic State didn’t pop out of nowhere; it was waiting in the wings for years to accomplish its goal. Back when it was still known as al-Qaeda in Iraq, it was sponsored by Iran, the number one terrorist-sponsoring nation in the world and the “king” of radical Islam. The Islamic State was a threat back then, but it couldn’t do much with U.S. troops occupying the country. Once they returned home, the terrorist group spread. It didn’t take long before America had to come back in.

Meanwhile, America maintained a 20-year presence in Afghanistan. The U.S. invaded in 2001 to eject the brutal, fundamentalist Taliban from power. The Taliban never really left but maintained control of parts of the country. But Kabul, the country’s capital, and other urban centers were liberated. This was the first taste of Western-style freedom many Afghans had.

As with Iraq, with the drawdown of American forces, the radical Islamists are rampaging. The Taliban, always down but never out, has captured the vast majority of Afghan territory. Some analysts estimate that Kabul could fall in months.

Iran is moving into Afghanistan as well. Iranian Foreign Minister Mohammed Javad Zarif held a meeting with the Taliban and organized a joint statement. In the declaration, the Taliban disavowed attacking civilians, schools, mosques and hospitals. It also expressed a desire for a negotiated settlement to the civil war.

It’s important to remember that America hasn’t withdrawn all its troops yet. Yet that hasn’t stopped the Taliban’s advances.

With a second U.S. withdrawal from Iraq forthcoming, we could see a similar Islamist takeover. Only, this time, the Islamic State has been vanquished. So who will fill the power void?

The Islamic State was not the only terrorist group in Iraq that Iran sponsors. It currently sponsors many “Shiite militias” in Iraq. Originally raised up to fight the Islamic State, these militias are in prime position to become Iraq’s new Islamist “top dog.” They’re powerful enough to turn Iraq into “Iran’s missile-launching pad.” These militia regularly bombard nearby American and Saudi Arabian military bases.

These militias are part of the Iraqi Armed Forces, but they are sponsored by Iran. They’re bankrolled by two different countries. Except Iran has a much larger economy than Iraq. And while Iraq is a secular republic, Iran is ruled by a Shiite holy man. If the militias had to pick a side, whom do you think they would choose?

A U.S. withdrawal equals handing Iraq to Iran on a silver platter.

The Middle East is a volatile region. New regimes replace old ones all the time. Outside powers are constantly meddling in local civil wars and uprisings. But Iran’s takeover of Iraq is unique.

Why? Because we’ve been forecasting this for decades.

Trumpet editor in chief Gerald Flurry wrote in the June 2003 issue an article titled “Is Iraq About to Fall to Iran?” It was written the year the Iraq War started. He wrote:

So what will happen to Iraq when America and Britain can no longer support it? There is going to be a radical change in world events.

Can you imagine the power Iran would have if it gained control of Iraq, which was at one time the third-leading exporter of oil in the world? Experts say Iraq has more oil than any country in the world except Saudi Arabia. …

Saddam Hussein was the only leader that Iran feared. Now the U.S. has taken him out of the way. …

Have we now cleared the way for Shiite Iran to rule over Shiite Iraq?

These bold predictions are being fulfilled! How could Mr. Flurry have known this so far in advance?

The Trumpet examines current events through the lens of Bible prophecy. One prophecy in particular is especially relevant in this regard: “And at the time of the end shall the king of the south push at him: and the king of the north shall come against him like a whirlwind, with chariots, and with horsemen, and with many ships; and he shall enter into the countries, and shall overflow and pass over. He shall enter also into the glorious land, and many countries shall be overthrown …. He shall stretch forth his hand also upon the countries: and the land of Egypt shall not escape. But he shall have power over the treasures of gold and of silver, and over all the precious things of Egypt: and the Libyans and the Ethiopians shall be at his steps” (Daniel 11:40-43).

The “time of the end” is the time we’re living in now. The references to places like Egypt and the “glorious land” (the Holy Land) show this prophecy is about the Middle East. One of the main characters in this prophecy is the “king of the south.” This “king” has a pushy, provocative foreign policy. He extends his tentacles to control unstable countries like Egypt and Libya.

Mr. Flurry identifies this “king of the south” as a radical Islam led by Iran.

Iran usually doesn’t directly conquer. Instead, it rules through proxy groups. It does this through Hamas in Gaza, Hezbollah in Lebanon, al-Shabaab in Somalia and other groups. Iraq is about to join their ranks. The coming Iraqi withdrawal amounts to America crowning Iran king.

Mr. Flurry wrote a booklet on this subject: The King of the South. I highly recommend you order a free copy. It can help you make sense of the chaotic situation in the Middle East today. Also please read the article “America Has Won Its Last War,” by Trumpet executive editor Stephen Flurry, to learn why America couldn’t win the wars in Iraq, Afghanistan or anywhere else.