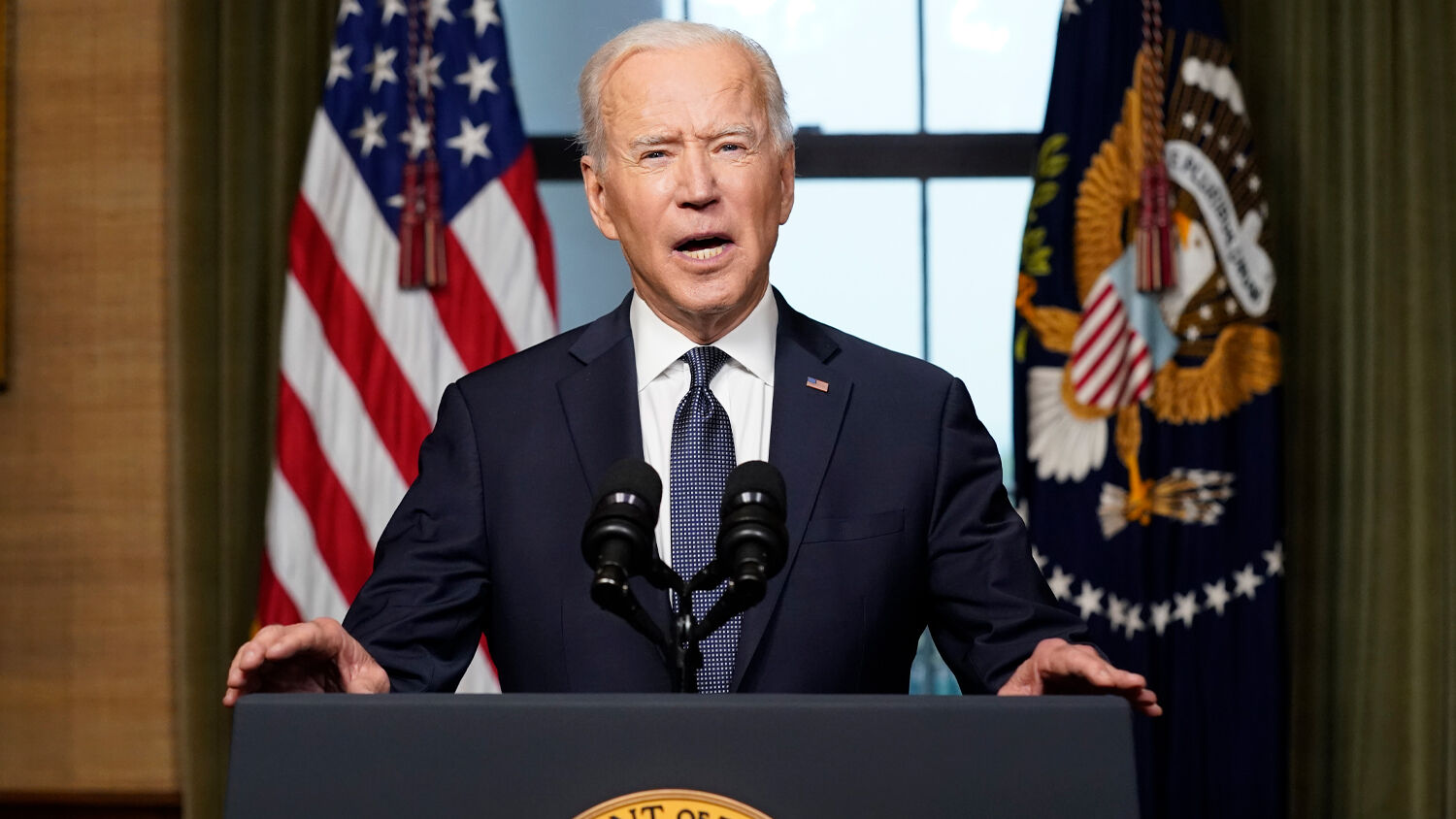 Joe Biden speaks from the Treaty Room in the White House about the withdrawal of U.S. troops from Afghanistan on April 14, in Washington, D.C.
Andrew Harnik-Pool/Getty Images

America and nato are leaving Afghanistan—apparently, for good.

The United States government announced the withdrawal of all American troops from Afghanistan by September 11 this year. This would mark the 20th anniversary of the September 11 terrorist attacks in New York and the start of the War on Terror. Following the news from Washington, the North Atlantic Treaty Organization stated that all nato troops would leave this year. America currently has the largest number of nato soldiers in the country, followed by Germany. Prior to the nato announcement, Germany and Britain said they would follow suit with the Americans.

The Afghan withdrawal was actually announced last year under the Trump administration. It was scheduled to take place in June, earlier than the Biden administration’s plan. But the Trump plan was conditional on the Taliban meeting certain conditions. Biden’s plan calls for a unilateral withdrawal, without any apparent conditions.

The Taliban is the radical Islamist group that ruled the country prior to the U.S.-led invasion in 2001. It was ousted from the capital, Kabul, but still controls large portions of the country.

The U.S. currently has 2,500 troops in Afghanistan (not including counterterrorism forces). In 2010, it had roughly 100,000 American soldiers stationed there. At 20 years, it is America’s longest war. The conflict has killed at least 100,000 civilians since 2010. As of 2019, Washington had spent over $1.5 trillion in the war. That’s well over what America spent on the Vietnam War in today’s money.

And for what? Half of the country still remains in control of the Taliban. The internationally recognized Afghan government doesn’t have much control over the territory beyond Kabul. The nation is still poverty-stricken.

“We cannot continue the cycle of extending or expanding our military presence in Afghanistan hoping to create ideal conditions for the withdrawal, and expecting a different result,” Biden said. “I am now the fourth United States president to preside over an American troop presence in Afghanistan. Two Republicans. Two Democrats. I will not pass this responsibility on to a fifth. … I’ve concluded that it is time to end America’s longest war. It is time for American troops to come home.”

I am now the fourth American president to preside over an American troop presence in Afghanistan.

I will not pass this responsibility to a fifth. pic.twitter.com/OpZK1Na5KP

Many Afghans are apprehensive over foreign troops leaving their soil. In the past 20 years, a new generation has grown up knowing nothing but U.S. presence. Many—especially newly empowered women—are nervous about the prospects of the Taliban coming to power again.

Many Afghan soldiers see the U.S. withdrawal as a betrayal. “It is not the right time to withdraw their troops,” Saifuddin Azizi, an Afghan commander, told the New York Times. “It is unreasonable, hasty and a betrayal to us. It pushes Afghanistan into another civil war. Afghanistan’s destiny will look like it did two decades ago.”

Many are especially worried that once the U.S. leaves, the Afghan government will have little leverage against the Taliban at the negotiating table—or on the battlefield. An anonymous Afghan security official told the Wall Street Journal, “You cannot achieve a political settlement if you don’t have a military presence. The only leverage the U.S. has over the Taliban is the presence of U.S. forces.”

America has the world’s most powerful military. It has the largest economy in the world; as of 2018, the Economist ranked Afghanistan 119th. Yet somehow, snuffing out a small foe like the Taliban has been impossible. And it took America two decades to learn that lesson.

Mr. Trump promised to make America strong on the world stage and stand up to its enemies. Mr. Biden promised to restore America’s place in the world order. Yet both saw the Afghan conflict as a sinking ship they needed to abandon.

Leaving on the 20th anniversary of the Sept. 11, 2001, terrorist attacks certainly sends a message to the Taliban and other terrorists. That message is: You won.

You may think that this war is a one-off. Afghanistan is known as the “graveyard of empires.” Superpowers like the British Empire and the Soviet Union each failed to win wars there. America is no different.

But America has been fighting wars against small, Third World countries for decades and hasn’t been able to win any of them. Practically every foreign war America has entered, whether it be the Bay of Pigs invasion, the Vietnam War or the modern conflict in Iraq, has ended in disaster. The 20-year war on terror is a perfect example of this.

Trumpet executive editor Stephen Flurry wrote in our Trends article “Why the Trumpet Watches America Has Won Its Last War”:

The United States of America has been waging a war on terrorism for two decades. American blood and treasure has sunk into the sands of Iraq, the cities of Afghanistan, the mountains of Yemen, the coasts of Libya, the wilderness of Pakistan, the waters surrounding the Horn of Africa. There are no signs that America will ever bring this war to a successful conclusion.

Some observers are now openly wondering whether or not the United States of America, the world’s lone superpower for almost three decades, will ever win a war again.

There is a reason, and it isn’t blunders from behind desks at the Pentagon. It isn’t superior military strategy by the Taliban. It isn’t the arduous Afghan geography. It’s a problem that affects America—and Americans—as a whole. Unless this problem is dealt with, America has won its last war.

To learn more, please read our Trends article “Why the Trumpet Watches America Has Won Its Last War.”