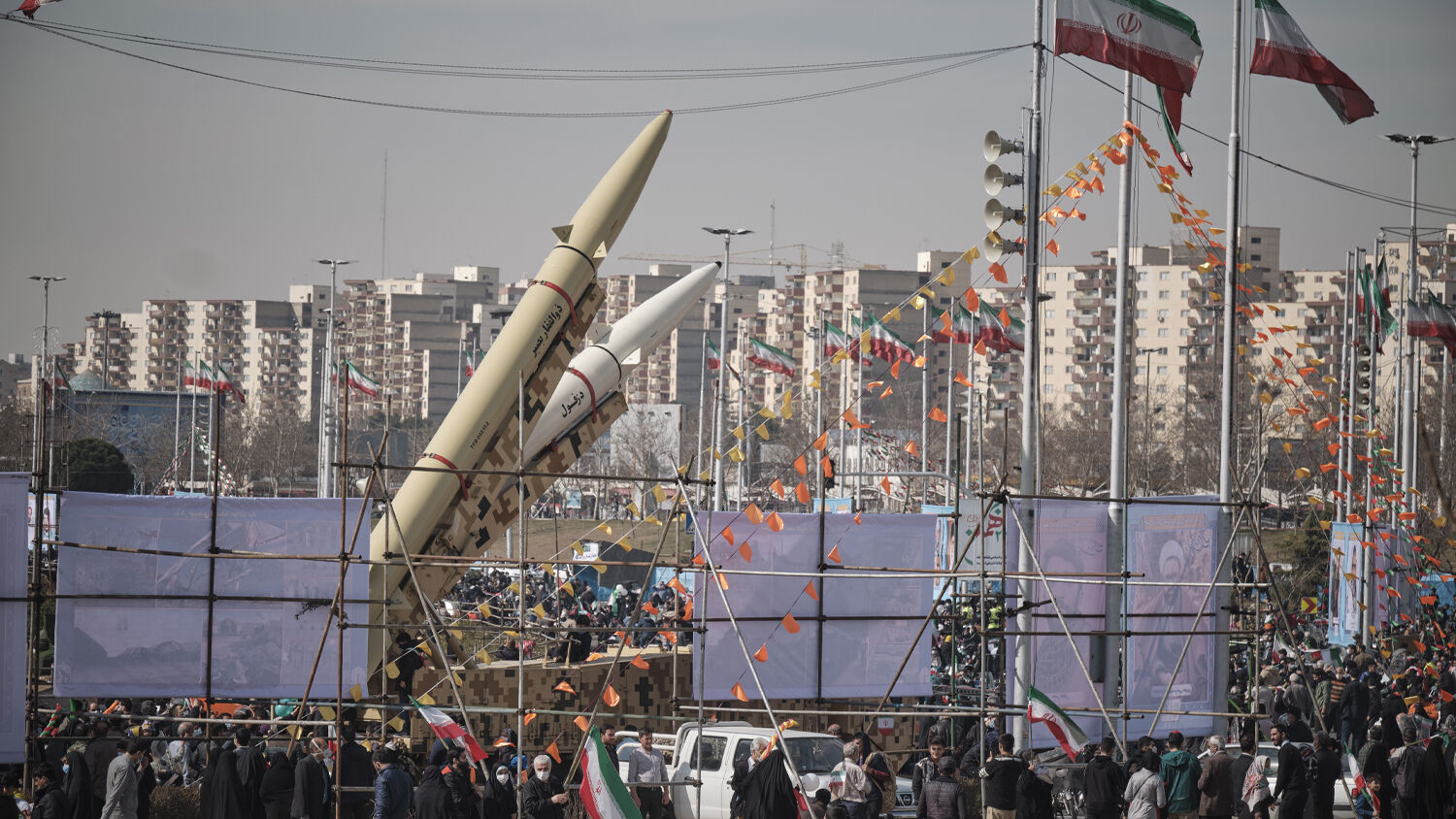 Iran is arming its Shiite militia proxies in Iraq with an increasingly modern and lethal missile system; yet no one is stepping in to stop Iran. Why?

Israeli security analyst Jonathan Spyer detailed on June 4 that Iran has been permitted to launch rocket and drone attacks on Saudi Arabia and United States bases, with a thin cloak of deniability. Additionally, Iran can now threaten the security of Israel by deploying missiles capable of reaching any part of the nation from Iraq. Iran is turning Iraq into a giant missile and drone launch site.

Most of the Shiite militias in Iraq are under the umbrella of the Popular Mobilization Forces (pmf). This organization allows them to operate freely and with a veneer of legitimacy. Since its formation in 2014 to combat the Islamic State, Iran has used the militias to funnel money, personnel, and military hardware into southern Iraq.

Control of this region puts Israel in range of Iran’s short-range missiles. The Raad-500 has a range of just over 300 miles; if launched west of Rutba, Iraq, it could strike Jerusalem or even Tel Aviv. The Zolfaghar has a range of around 430 miles, making it capable of hitting almost any target in Israel from Iraq and Syria’s border. The Zolfaghar can hit a target with an accuracy of 30 feet. Additionally, Iran’s Qiam short-range ballistic missile has a range of almost 500 miles and was designed to threaten U.S. bases. Its lack of stabilizer fins reduce its radar signature.

All three of these short-range missile systems are road-mobile, which means they can be hidden and fired from anywhere. They can all be equipped with multiple independent reentry vehicles, making their warheads capable of evading missile defense shields, like Israel’s Iron Dome. Most importantly, all three are either capable of or assumed to be capable of using nuclear warheads. None of this takes into account the medium- and long-range missiles that are currently in Iran’s arsenal or in development.

Reuters warned in August 2018: “According to three Iranian officials, two Iraqi intelligence sources and two Western intelligence sources, Iran has transferred short-range ballistic missiles to allies in Iraq over the last few months. Five of the officials said it was helping those groups to start making their own.” Those missiles included the Zolfaghar. Over the last three years, how many more rockets has Iran smuggled into Iraq?

But Israel isn’t Iran’s only target. On January 23, drones, loaded with explosives, launched from southern Iraq hit the royal palace complex in Riyadh, Saudi Arabia. This was just one of many drone and rocket attacks that Saudi Arabia has faced this year from Iranian militia proxies.

Iran is using drone and rocket attacks within Iraq to put more pressure on the U.S. to pull out of the region. Iran-backed militias have launched more than 300 attacks on U.S. interests since late 2019, killing four Americans and 25 others.

On April 18, five rockets were fired at the Balad airbase, north of Baghdad. On June 5, a rocket was fired at Baghdad International Airport. The next day, the Iraqi military intercepted two drones over Iraq’s Ain al-Asad airbase. All these airbases host American soldiers.

Iran-backed militias also targeted the Green Zone, a heavily fortified zone in Baghdad that hosts Iraq’s government buildings and many foreign embassies. In May, Iraqi security forces arrested senior militia commander Qasim Muslih. After the arrest, unidentified gunmen took over one of the Green Zone’s entrances in a show of force.

This isn’t the only time the militias have targeted the Green Zone. Last year, after Iraqi forces arrested over a dozen Iran-backed militia members, unidentified gunmen drove toward Iraqi government buildings to intimidate the government into releasing their comrades. It worked. Mere hours after the demonstration, most of the men were released.

Iran is becoming a dominant force in Iraq. But why is the U.S. allowing Iran to make Iraq another terrorist-infested proxy?

Part of the problem is with the Iraqi government. Iraq doesn’t want to lose the U.S. as an ally or the vast amount of cash flowing in from the U.S. At the same time, Iraq knows that America will not always be there. Iraq’s soon-to-be-nuclear-armed neighbor, however, will always be on its eastern border.

Because of the complicated geopolitical position Iraq finds itself in, it tries to play both sides. Iraq allows the U.S. to operate within its borders, but the Iraqi government has placed strict guidelines on the U.S. First, America’s combat operations are restricted to fighting the remnants of the Islamic State in northern Iraq. Second, the U.S. must get approval for all aerial operations, including surveillance drones or air strikes. These rules largely prevent the U.S. from operating in southern Iraq, where most of the Shiite militias are based, without direct permission from the Iraqi government. This has effectively neutered the United States’ ability to militarily curb Iran in Iraq.

This Iranian takeover of Iraq is something that Trumpet editor in chief Gerald Flurry has forecast since 1992. In his booklet The King of the South, Mr. Flurry warned about the exact strategy that Iran has followed:

The U.S.’s removal of Saddam Hussein in 2003 opened the way for Iran to heavily infiltrate Iraq, providing armaments, financing and training to Shiite militias, sending thousands of operatives into the country and establishing economic ties with it. … This could be a decisive factor causing Iraq to fall under Iran’s control. …

Iran is the most powerful Islamic country in the Middle East. Can you imagine the power it would have if it gained control of Iraq …?

How could Mr. Flurry have known this was going to happen? He based his prediction on a prophecy in Daniel 11:40. It talks about the king of the south provoking a third world war by pushing at the king of the north. Mr. Flurry wrote in “The Worst Foreign-Policy Blunder in American History”:

What could enable Iran to push at Germany more than an arsenal of nuclear weapons? Iran relishes the thought of starting World War iii!

Yet even in this bleak prophecy, there is hope! This takeover of Iraq by Iran is a wonderful sign that the Second Coming of Jesus Christ is drawing near. Iran’s pushy foreign policy will indeed ignite a nuclear World War iii, but that is only the immediate bad news. Jesus Christ will soon stop a deceived mankind from utterly wiping itself off the face of the Earth. Christ will usher in the greatest time of peace, prosperity and joy mankind has ever known. To learn more about these hope-filled prophecies, request Mr. Flurry’s free booklet The King of the South.