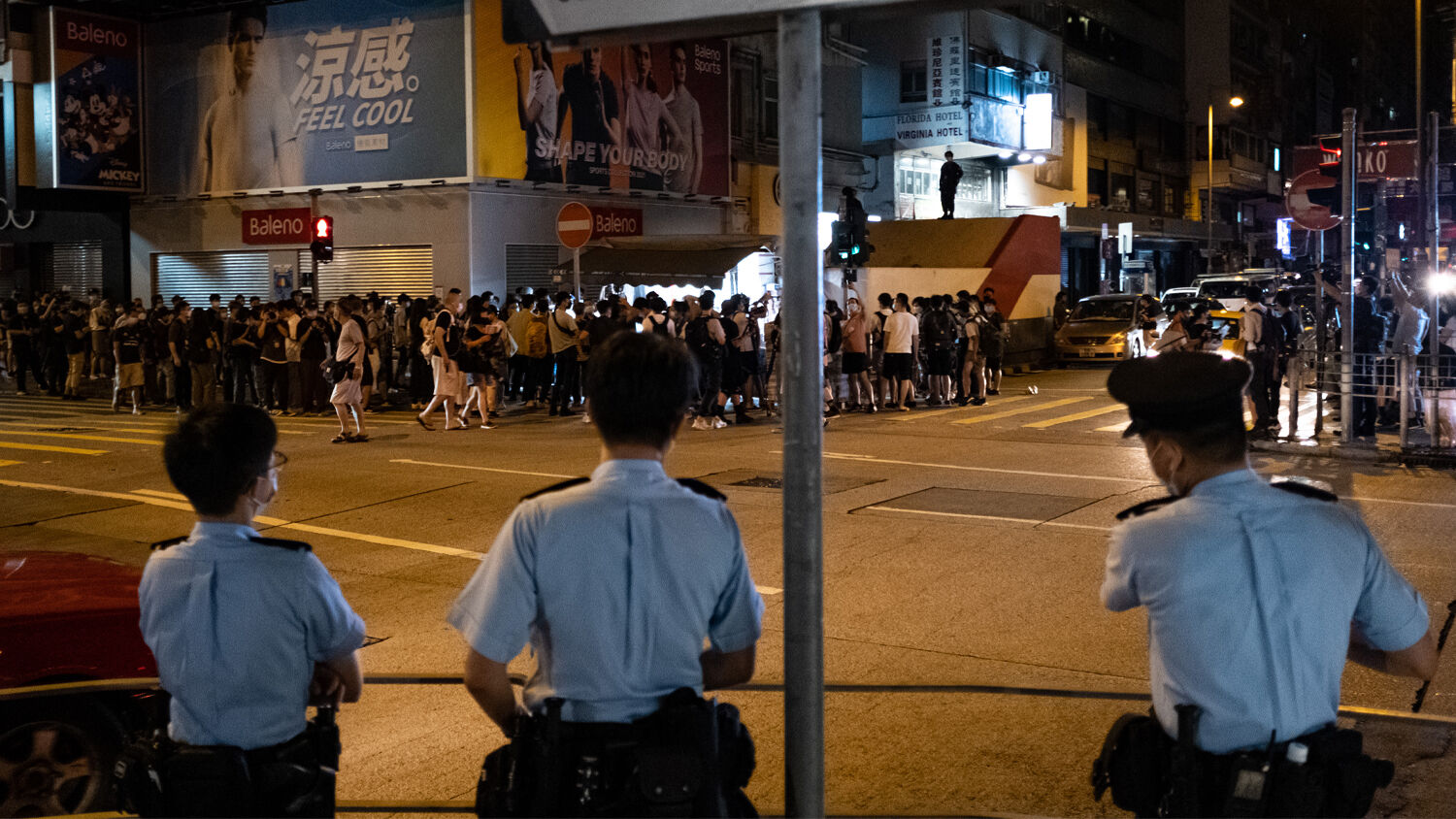 Ever since the oppressive National Security Law was passed in June 2020, Communist Party officials have increasingly accused the Apple Daily of using and weaponizing journalism to threaten national security. In recent months, Chinese operatives have raided Apple Daily newsrooms and jailed the paper’s founder, Jimmy Lai.

Citing concerns for employee safety, Apple Daily printed its last issue. Several journalists who would have lost their jobs as a result had already quit. Those who hadn’t, packed away their belongings as they mourned the death of democracy in Hong Kong.

“The era of free political speech as we have long known it is gone,” said Sharron Fast, a journalism lecturer at the University of Hong Kong.

The Apple Daily was founded in 1995, two years before the United Kingdom handed Hong Kong to China, under a treaty that stipulated China would allow the city a high degree of autonomy—which included press freedom—at least until 2047. The paper’s aggressive political reporting on Hong Kong and China’s ruling Communist Party earned it considerable popularity. Within months of its founding, it was among the city’s most widely read publications. This only increased as Beijing assimilated large tracts of Hong Kong’s media.

Even as Beijing’s pressure on Hong Kong’s press freedoms intensified, the Apple Daily’s pro-democracy stance remained resolute for a quarter century. Even as recently as 2019, when Hong Kong was rocked by mass anti-China protests, the Apple Daily used its front pages to mobilize and encourage citizens to join the marches.

As China’s boldness has increased, and as its attacks on Hong Kong’s freedoms have grown more pronounced, the Apple Daily stood as one of the last bastions of democracy. Until June 24, it was one of the few remaining pillars of the vision of a free Hong Kong.

But that pillar has now been thrown down. Apple Daily was forced to shut down, and the voice of democracy has been silenced.

Bruce Lui, a journalism lecturer at the Hong Kong Baptist University, said the publication had long served as a barometer of Hong Kong’s freedoms. “Apple Daily had used itself as an experiment to test the limits,” he said, “and it has been shown that it will not succeed.”

Over the last 24 months, China has attacked and jailed protesters. It arrested 15 high-profile pro-democracy activists for their role in large-scale protests; it ousted four pro-democracy lawmakers from the Hong Kong legislature as it granted the Hong Kong government new and broader powers to remove any elected lawmakers who show no clear loyalty to mainland China; it increasingly censored books, art and movies in the city. Now, with the closure of Apple Daily, the free media is no longer free.

Hong Kong is nearly unrecognizable compared to when it was handed over by Britain. Its ideals, freedoms and prosperity are being squelched by the authoritarian and Communist China. For over two centuries, America and Britain stood as the pinnacles of freedom and guarantors of relative world stability. Hong Kong itself was the perfect example of the wealth, prosperity and freedom that America and Britain have represented for decades. The rapid disappearance of these ideals because of China’s bold power grab heralds a new, dark era.

Jesus Christ called it “the times of the Gentiles” (Luke 21:24). Trumpet editor in chief Gerald Flurry explained in his article “What Are the Times of the Gentiles?” that in the Bible, the Gentiles are presented in contrast to the Israelites. While Israel in end-time prophecy refers mainly to the United States and Britain, Gentile refers to the non-Israelite peoples. Prophecy shows that as the modern Israelite nations decline, Gentile nations, such as China, will become the dominant world powers.

China’s dominance is increasingly easy to see. The characteristics of Gentile rule are evident in the erasure of Hong Kong’s freedoms. And the Bible prophesies that this rule will not remain localized in Hong Kong, or even mainland China. It will spread across the entire world in what Mr. Flurry calls a “catastrophic storm.” But there is light beyond the darkness. There is hope on the horizon. The rapidly approaching and tragic fate of Hong Kong and this world will not be permanent.

To learn about the dark storm that is approaching, and the hope just beyond, please request your free copy of Russia and China in Prophecy.