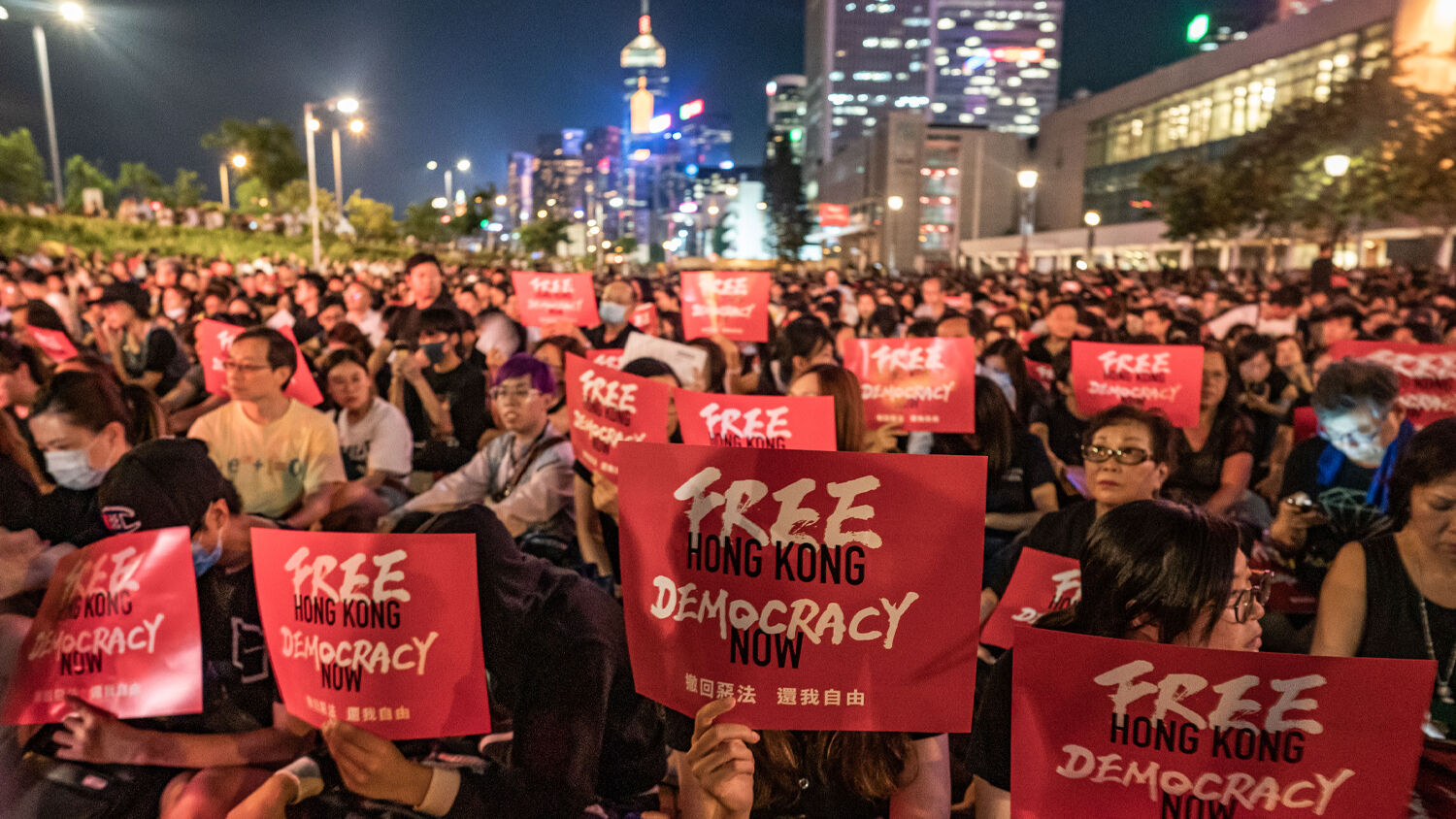 Protesters take part in a rally against the extradition bill on June 26, 2019, in Hong Kong, China.
Anthony Kwan/Getty Images

As America battles to save the flame of its democracy, Hong Kong’s is brazenly being extinguished.

The pro-democracy movement is now caught “between the devil and the deep blue sea,” according to Steve Tsang of the School of Oriental and African Studies China Institute. If they stay, they appear complicit with the dictatorial moves China is making, but by leaving, they clear the way for autocracy to flourish unhindered.

China, for its part, has been relentlessly dismantling Hong Kong’s freedoms, eliminating all pro-democracy voices and media. It started with the highly controversial security law, passed on June 30, which targeted activism, dissent in schools and on social media. Now, the more recent law passed on Wednesday “fundamentally changes the legislative council,” said Alvin Yeung, one of the ousted lawmakers.

Only 50 percent of Hong Kong’s legislative council is elected by the public. A key feature of last year’s anti-government protests was a demand for the entire legislature to be elected by the public. But Wednesday’s ruling declares that legislators can lose their seats if they support the territory’s independence, “endanger” national security, or refuse to recognize China’s sovereignty over Hong Kong.

This is despite the fact that when Britain handed Hong Kong over to China in 1997 as a special administrative region, the terms of the agreement were that the territory would have a high degree of autonomy for at least 50 years.

Hong Kong’s leader Carrie Lam has welcomed the absence of an opposition to China in Hong Kong’s legislature, saying there is “nothing to be ashamed of” in the prospect of bills being passed “more efficiently.”

Opposition to the China-subservient government has been stifled more and more since the passing of the controversial security law in June. Eight opposition politicians have been arrested, and an additional 12 were banned from contesting elections that were scheduled for September, before the elections were canceled altogether with coronavirus proffered as a convenient excuse.

This all culminated in Wednesday’s brazen ruling, with China now openly targeting any dissent and eliminating all opposition.

So much has changed in just 12 months. Last year, pro-democracy protests swept through Hong Kong as the people resisted China’s increasingly imperialistic designs. It seemed as though Hong Kongers, with the world in support, would be able to keep China at bay and protect their autonomy. But then coronavirus came and, as we wrote at the Trumpet, China began taking full advantage of the world’s preoccupation with the pandemic to tighten its stranglehold in Southeast Asia.

Now, with the world distracted by the division and turmoil following the presidential elections in the United States, China is taking full advantage by squelching Hong Kong’s freedoms.

China is not going to suddenly stop taking over Hong Kong and grant back all the freedoms it has taken away. China values Hong Kong as a sea gate from which it can exert control over the South China Sea, a highly valuable trade route through which a third of the world’s maritime commerce flows. China has continued to consolidate the South China Sea amidst the coronavirus crisis. Why would it stop now? Especially when the U.S., the main protector of freedoms and China’s main opposition in recent history, is too preoccupied with post-election division to take any meaningful action?

Logic dictates that China would move to secure one of the vital sea gates that grants access to this important route.

China is determined to control the South China Sea now. This trade route was once under British and American control, but with the British handover and gradual American retreat, China has increasingly asserted its authority in the region. Hong Kong and the South China Sea are on the cusp of being wholly in the hands of Communist China.

The decline in Anglo-American power and the corresponding rise of China signals the arrival of what Jesus Christ called “the times of the Gentiles” (Luke 21:24). The Gentiles are non-Israelite peoples. Israel in end-time prophecy refers mainly to the United States and Britain. Prophecy indicates that as the modern Israelite nations decline, Gentile nations, such as China, will become the dominant world powers.

The instability in the U.S. right now is leaving a power vacuum in the world that Gentile nations are all too eager to occupy. The longer America is divided, the more time China has to dismantle all of Hong Kong’s freedoms until the territory is completely beholden to China—nearly 30 years ahead of schedule.

There is good news though. While the decline of the United States and Britain were prophesied to coincide with the rise of China and other Gentile powers, the fulfillment of these prophecies also gives us an understanding of how close we are to the most spectacular news event possible: the return of Jesus Christ. Request a free copy of Russia and China in Prophecy for clear, detailed instruction in current and future events. It gives a proper explanation of the darkness to come just before the dawn.