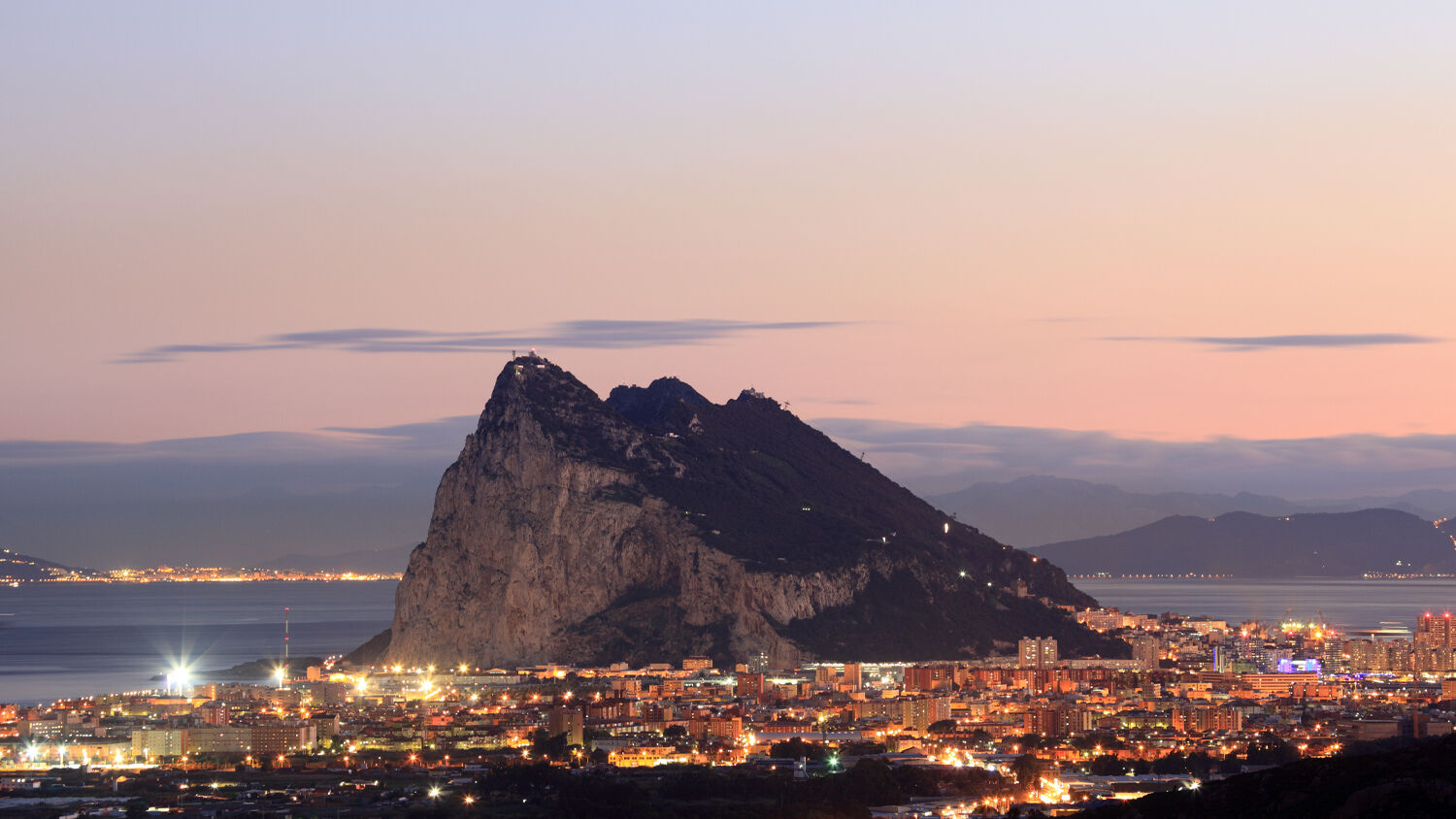 It looks like London will hang onto the Rock in name only.

In addition to the Brexit deal that the United Kingdom finally negotiated with the European Union, it made a separate agreement with Spain, hours before the January 1 deadline, regarding the status of Gibraltar. Details are yet to be released, but one major aspect of the agreement has been disclosed: Gibraltar will join the Schengen Area.

The British Defense Ministry currently controls Gibraltar’s airport. Gibraltar also has its own port authority. But this may change with the new agreement. Britain is not and never was a member of the Schengen Area. It therefore will not monitor the Schengen border in Gibraltar. But instead of Gibraltar having its own border guards, Spain will have oversight over the airport and port. Spain will have the final say on who can and cannot enter Gibraltar.

Gibraltar has been a British possession since 1713. Since then, it has developed its own unique identity separate from that of the Spanish. Gibraltarians are particularly patriotic for Britain. When a sovereignty referendum takes place, Gibraltar always overwhelmingly votes to remain British. Union Jacks and fish and chip restaurants are found all over the tiny territory of 30,000 inhabitants.

Under the New Year’s Eve Agreement only Gibraltar will decide who enters Gibraltar & Spanish officers will not exercise any controls in Gibraltar at the Airport or Port now or in four years time. This is our land. Couldn’t be clearer. https://t.co/DPyrDmJaXf

But Mr. Picardo shouldn’t have to worry, because Spain won’t be monitoring the border. Brussels will do it. For the first four years, Frontex—the EU’s external border police—will take control.

And after that? When asked whether Spanish soldiers or agents will be stationed in Gibraltar, Spanish Foreign Minister Arancha González Laya evaded the question. She said the details will be publicized after the Spanish parliament was briefed on them. She also said, “There must be a Spanish presence to carry out the minimum tasks of Schengen control.”

Nevertheless, British Prime Minister Boris Johnson seemed optimistic about the deal. He tweeted that the United Kingdom will be “totally committed to the protection of the interests of Gibraltar and its British sovereignty.”

I wholeheartedly welcome today’s political agreement between the UK and Spain on Gibraltar’s future relationship with the EU. The UK has always been, and will remain, totally committed to the protection of the interests of Gibraltar and its British sovereignty

The United Kingdom already has minimal administrative control over Gibraltar. The EU controlling Gibraltar’s borders makes British control over the territory even less of a reality. We’ve written about this very scenario all the way back in 2015.

The United Kingdom will still be responsible for Gibraltar’s defense, but the primary enemy it was supposed to defend Gibraltar from was Spain. Now, the Spanish have political control in the territory and the United Kingdom probably has no way of getting it back.

A few years back, many prominent Brits said they would go to war against Spain to protect Gibraltar. But that fighting spirit seems to have been absent from the December 31 negotiations. Instead of fighting for Gibraltar, Britain gave it up for apparently little-to-no concessions.

You can consider this one of the last nails in the coffin of the once-great British Empire.

The Mediterranean Sea used to be considered a “British lake.” Between the territories of Gibraltar, Malta, Cyprus and the Suez Canal, the British Empire had an enormous influence in the region. British presence in the Mediterranean facilitated free and safe trade. It contributed to the defeats of Napoleon and Hitler. It enabled the British to protect Turkey during the Crimean War. Britain lost Malta and the Suez Canal decades ago. It has only a couple of military bases in Cyprus, and Gibraltar looks like it is next to go.

Even outside of the Mediterranean Sea, Britain today is a far-cry from the empire it was a century ago. King George v ruled over a quarter of the Earth’s land area and a quarter of its population. Union Jacks flew from Montreal to Melbourne, from Cairo to Cape Town, from Delhi to Dubai. The British military contributed to the falls of Napoleon, Wilhelm ii and Adolf Hitler. London was the financial center of the world and the first city to reach over a million people since the fall of Rome. And, unlike most empires of history, Britain left a mostly positive legacy in most of its former colonies. Just ask the people of Hong Kong.

Today, the United Kingdom has a hard time even keeping Scotland and Northern Ireland within the union. As an old history professor of mine once told me, Britain today is a “small island getting smaller.”

But how did Britain become the largest empire in man’s history in the first place?

How did a former Roman provincial outpost become the empire it did? How did a small island end up dominating the world’s economy and politics? How did a country with historically small land forces win two world wars?

And why did the empire fall from its grand heights to what it is today—almost overnight?

Herbert W. Armstrong, one of the 20th century’s most prominent educators, pondered such questions. He lived through Queen Victoria’s imperial juggernaut, saw Britain’s victories in World Wars i and ii, and witnessed its subsequent abandonment of its overseas empire. His extensive travels led him to meetings with many leaders from that empire and its former colonies (including British Prime Minister Margaret Thatcher, Indian Prime Minister Indira Gandhi, South African President John Vorster and Kenyan Prime Minister Jomo Kenyatta).

Mr. Armstrong had a lot to say and write about the fall of the British Empire. He wrote the following in his most-requested book, The United States and Britain in Prophecy (request your free copy):

Prior to World War ii, the American and British peoples had acquired more than two thirds of the cultivated resources and wealth of the world. Yet astonishing wonder though it be, we acquired nearly all of it rather suddenly, since the year 1800. Never in all history did anything like this occur. Never did any people or nation spread out and grow so suddenly and rapidly into such magnitude of national power.

Yet we are beholding before our very eyes the diminishing and evaporating of this national greatness, wealth and power. In the case of Great Britain, it is disintegrating even more rapidly than it developed! Britain has been almost overnight stripped of her colonies and her possessions—source of her wealth—and reduced to a second-rate or third-rate power. Why? There is a reason!

Notice what he wrote about Gibraltar:

Although all wealth comes from the ground, prosperity and affluence on a national scale always have come also by industry and commerce. And commerce between nations has been transacted almost altogether by the sea-lanes of the world—by ships, and, within a continent, by railroads.

How significant, then, that Robert Fulton operated the first steamboat in 1803—precisely when Britain and America suddenly began to multiply in national wealth! And also that it was the 19th century that saw the development of the railroads!

As explained before, since the birthright pertains to nations, the ‘gate’ of our enemies would be such passes as Gibraltar, Suez, Singapore, the Panama Canal, etc.

Britain and America came into possession of every such major ‘gate’ in this world! … They had become not only strategic passes, but the world’s greatest fortifications. But today, we have lost most of them, most recently, the Panama Canal—and it appears that soon Gibraltar, too, will be lost.

Mr. Armstrong last updated The United States and Britain in Prophecy in 1980. Yet he foresaw that Britain would lose Gibraltar. And both Britain and America have lost significant “sea gates” since then. Britain handed Hong Kong over to China in 1997. America relinquished its last authority over the Panama Canal in 1999.

How could Mr. Armstrong have known so far in advance that Britain would lose Gibraltar? The United States and Britain in Prophecy explains why—and it is one of the most eye-opening chronicles ever written.

Request your free copy of The United States and Britain in Prophecy. It is the master key that unlocks the meaning behind Britain’s rise and fall as a world superpower. And it makes current events plainer to understand than ever before. Also request a free copy of our booklet He Was Right. This booklet goes through Mr. Armstrong’s legacy of accurate news forecasting. The chapter “Changing of the Guard” is especially relevant regarding his insight into Britain’s loss of Empire, including Gibraltar.