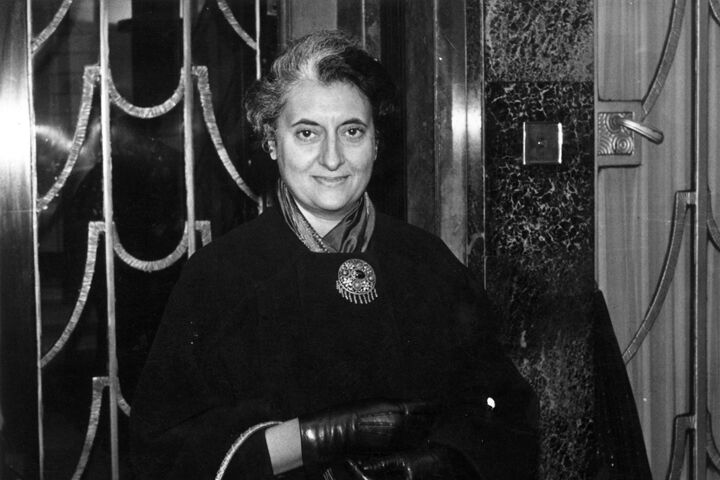 Last week, Australia’s prime minister, Julia Gillard, announced that her government would support India’s nuclear program: “Selling uranium to India will be good for the Australian economy and good for jobs. … This will be one way we can take another step forward in our relationship with India. We have a good relationship with India; it is the world largest democracy, a stable democracy.”

India is a strategic player within the Asian sphere and sits precariously placed amid the ongoing spread of weapons of mass destruction within the region. Russia, China, Pakistan, North Korea, South Korea, Taiwan, Australia and Japan all join India as regional nations either already possessing, suspected of possessing or having a capability to produce nuclear weapons.

It’s worth remembering that one lone messenger warned India of the very dangers it faces both as a nuclear power itself and being surrounded by other nations possessing that capability today. On Jan. 15, 1954, Herbert Armstrong wrote co-workers: “There is no time to lose in India. God knows this better than we, and has moved quickly in miraculous manner to open the way to send His message, through us, to all India …. Many millions of people in India speak the English language.”

India began to hear this message via the World Tomorrow program and the Plain Truth magazine over 50 years ago. Response increased from cities and towns across the country. The very first double-page ads in the English-language edition of Reader’s Digest in India brought 20,000 new subscribers to the Plain Truth.

As the witness to India expanded, Mr. Armstrong developed a special friendship with a key aide to its president. It was through this contact that testimonial dinners, personal appearances and special invitations were arranged to visit India’s elite, including its prime ministers and presidents, such as Indira Gandhi, and V.V. Giri.

Mr. Armstrong recalled one such event hosted in his honor at the Oberi-Sheraton. “Last night, here in Bombay, India, halfway around the world from Pasadena, we had the biggest and most successful ‘testimonial dinner’ since this new phase of God’s work began. More than 400 distinguished leaders and wives attended. This large dinner was hosted by Judge Nagendra Singh of New Delhi, judge of the World Court of International Justice at The Hague, Holland. Present were 15 justices of the High Court of Bombay, presidents of universities, chairmen or presidents of several of the largest industrial and commercial organizations, the deputy British high commissioner, several civil service officials of India’s government for the Bombay area, and others of like status” (Co-worker letter, Jan. 23, 1975).

Contrasting the great technological advances made in the 20th century with the massive risk that nuclear power had introduced mid-century, Mr. Armstrong continued:

I spoke on the astonishing accomplishments humans have made on Earth in this century—breathtaking inventions like the incredible computer, the marvels of space flight, to the moon and back—yet, at the same time producing weapons of mass destruction to kill millions of people with one H-bomb. I asked if that made sense to them, and there were a number of expressions of “No! No!”Then I said there is a cause for all these evils, and I was going to show them that cause. World leaders for 4,000 years have been seeking world peace, striving for world peace—yet there is no peace! And that I intended to show them the reason—and also the way to world peace. And that I am contacting heads and leaders of nations all over the world as an ambassador for world peace. … And that no religion teaches these things—science cannot discover this truth—higher education cannot teach it!I went into the incident of the “forbidden fruit” in Genesis 2 and 3: Of how the Creator began instructing the first two humans on the way of life that would lead to happiness, abundance and eternal life—the way that would have prevented all of these evils that beset us in the world today; of how that way of life is an inexorable law, as relentless and sure as the law of gravity—a spiritual law. I then explained that there are just two broad, general ways of life, and they travel in opposite directions. Of how I call one, simply, the way of “give”—and the other way of “get.” The give way is the way of outgoing concern toward others—the way of God’s law—the way of love.

He later mused over the fruits of the powerful message that he delivered as a lone voice—a witness for the true gospel message—to India. “I’m sure, however, it was the ‘strongest medicine’ ever to enter their ears! And I felt that, even if we could go no further in India, that country had had God’s last message delivered to those responsible for the minds and attitude of the 550 million people. I told them bluntly, by authority of the Creator God, creator of the people of India, that they were responsible for what they had just heard!” (ibid, Nov. 26, 1973). Two years later he would be invited to speak at a Lion’s Club convention in Bombay to an audience of over 4,000 delegates.

Today, Herbert Armstrong, the World Tomorrow program and the Plain Truth magazine are gone. However, the message Mr. Armstrong declared to all India and that which those people heard and read is “prophesied again” as a warning to this world that what Herbert Armstrong prophesied is now actually coming to pass. Gerald Flurry, via the Key of David program and the Trumpet magazine, has taken up the baton to continue that work and fulfill what will eventually become an even greater work than that which Herbert Armstrong was capable of in his time (Revelation 10:11).

Those most seriously-minded Indians who remember Herbert W. Armstrong and the message he delivered, and recognize its Source, are loyally backing this message once again.

Oh India! Blessed are the ears that were opened to hear that message of Herbert Armstrong (Revelation 3:22).

You heard the very gospel message of Jesus Christ proclaimed by an unofficial ambassador for world peace.