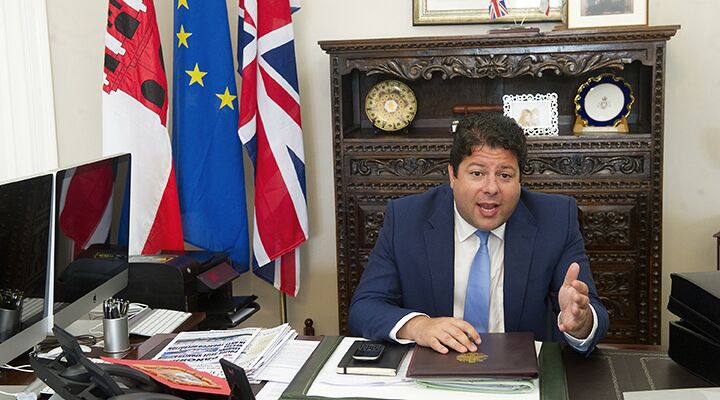 Despite ongoing Spanish efforts to retake control of Gibraltar, each time the people of the peninsula vote on the issue, they vote overwhelmingly to remain part of the United Kingdom. So Gibraltar remains firmly British, as a dependent territory of the UK.

But on April 14, Gibraltar’s chief minister, Fabian Picardo, discussed an event that could lead Gibraltar to separate from Britain in favor of ties with the European Union.

“I know that there are many in the UK who advocate the UK moving out of the EU who consider themselves to be very good friends of Gibraltar, but they need to understand the economics of this,” Mr. Picardo told the Financial Times.

“The only existential threat to our economy is one where we are pulled out of the European Union against our will and denied access to the single market,” he added.

Picardo says that if Britain votes to exit the EU—which could be the outcome of an in/out referendum planned for 2017—then Gibraltar could opt to stay in it.

Gibraltar is part of the UK, but has its own separate government and economy. It does more trade with mainland Europe than with the UK. If forced to choose between the UK and the EU, Picardo and others would opt for the latter.

“[If] one part of the UK decides that it wants out of the European Union, then the negotiations should involve each of the separate parts being able to remain with a different degree of membership,” Mr. Picardo said.

Such an event would not totally sever Gibraltar’s links to Britain, but it would represent a significant split between the two. Such a split could be exploited by Spain and the EU to assert more control over the Rock.

The Trumpet forecasts that Britain will eventually lose control of Gibraltar. To learn why, read “Changing of the Guard.”