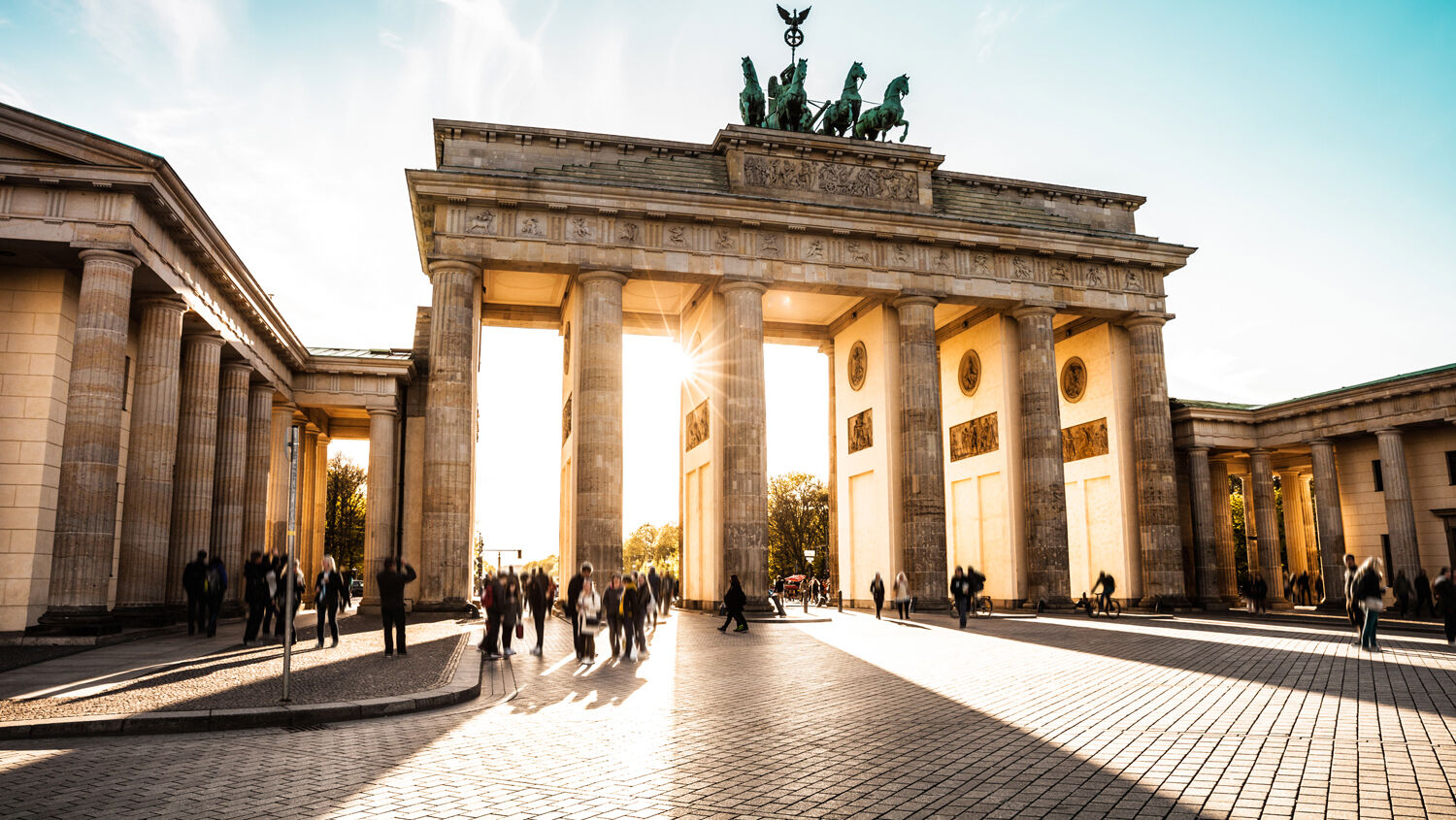 “The median global approval rating for U.S. leadership across 135 countries and areas edged up to 33 percent in 2019. This rating is slightly higher than the previous low under Trump,” Julie Ray noted about the poll in “U.S. Leadership Remains Unpopular Worldwide.” Germany, on the other hand, has a global approval rating of 44 percent.

From 2009 to 2017, with the exception of 2011, the U.S. under the Obama administration was viewed more favorably than Germany. “As the poll was conducted before the coronavirus pandemic struck, ratings for the U.S. might fall even further,” Deutsche Welle noted on July 27. The world increasingly looks on the U.S. with disdain and sees Germany as almost the only logical global leader able to take its place.

With a 33 percent approval rating, the U.S. is contesting for second place against global powers China and Russia, at 32 percent and 30 percent respectively.

Germany’s popularity is reflected in the calls for it to be mediator in peace negotiations and partner in international disputes. Germany is admired for its absence in major military conflicts, its progressive environmentalist reforms, its handling of the coronavirus crisis, the refugee crisis and the financial crisis. Though its role in these crises is often disputed, its overall performance is often seen as selfless.

More and more nations want Germany to take on a greater role globally at the helm of a united Europe.

In the calls for this nation to take on more leadership, its shortcomings are overlooked.

A far-right party entered the German parliament in its last national election for the first time since World War ii. Far-right mentalities have not only seen a resurgence in the general population but also been exposed at the very top of the German Army. The German Special Forces (ksk) had to be partly disbanded as the problem could no longer be hid. Anti-Semitism is on the rise, with associated crimes up 13 percent in 2019 compared to 2018. Crimes by left-wing extremists rose 40 percent in the same time period.

The nation is seen as a champion in protecting the environment, but when German car manufacture VW was exposed for deceiving customers in the diesel emissions scandal, few took note. Germany is seen as law abiding and trustworthy; but when its largest bank, Deutsche Bank, was exposed for deceiving investors in the recent Wirecard scandal, the nation’s overall image seemed to suffer little damage.

The electronic payment provider Wirecard was supposed to bridge the gap between German start-ups and those in China and the U.S. The company has now been exposed as a fraud, falsifying accounts and statements. Deutsche Bank apparently knew about its fraud, withdrew its investment before its bankruptcy while encouraging others to invest in it. Some have indicated the German government should have been aware of its dubious activities when it spoke favorably of Wirecard to the Chinese government in September. But signs that the German government and its biggest bank are using dubious ways to promote Germany’s economic standing are ignored.

From its start-ups to one of its most successful car manufactures to its biggest bank to its army, the signs that Germany’s uprightness isn’t as trustworthy as it may appear are numerous. (This article allows for only a brief overview.) And another dubious activity should not be overlooked: Nord Stream 2.

This gas pipeline, like Nord Stream 1, will provide Germany with a direct Russian gas supply. It not only endangers transit countries for Russian gas in Eastern Europe, but also will greatly increase German dominance in Europe. Once Nord Stream 2 is finished, Russia can cut off gas supplies to Eastern European countries, forcing its will on them and leaving the rest of Europe largely at the mercy of Germany.

One cannot logically argue that the Nord Stream pipelines, one of Germany biggest projects in recent history, are for the good of anyone other than Germany and Russia. But they also threaten the lives of millions, in particular in Eastern Europe. And if you know anything about previous German-Russian cooperation, the pipelines are a threat to the lives of millions around the world. This pipeline and this cooperation are explained in detail in “Germany and Russia’s Secret War Against America,” by Trumpet editor in chief Gerald Flurry.

One might still argue that Germany has refrained from major military involvement. But Germany has been in the top five of the world’s largest arms exporters in the past few decades. Though these exports are under many regulations, it was recently revealed that the nation broke EU regulations for three decades running.

Germany has been involved in little direct military involvement since World War ii. But the involvement it did have speaks volumes about its global ambition. Mr. Flurry provides a detailed study of Germany’s first major military involvement since World War ii, and thoroughly proves that its intervention in the Balkans was purely selfish and devastating to the region. If you want to know what Germany’s emergence as a global power will look like, I encourage you to request a free copy of Germany’s Conquest of the Balkans, by Gerald Flurry, and study this recent history.

Falling in Love With Germany

Study these various scandals Germany is involved in and decide for yourself if its leadership is a positive or negative development. In “We’re All Falling in Love With Germany,” theTrumpet.com managing editor Brad Macdonald made an intriguing comparison:

In relationships, whether between persons or between countries, falling in love is a sure path to tragedy.

To fall in love is to enter an intimate relationship casually, blindly. Falling into a relationship means failing to take the time to evaluate the character, personality and history of the target of your affections; neglecting to measure compatibility and whether the elements exist for a healthy, lasting relationship.

It’s important we think about this, because the world is falling in love with Germany.

Mr. Macdonald gave a detailed account of how the world sees Germany in a sort of blind love. Germany’s history is blatantly ignored. No argument is allowed to be made against its new role as global power. The article quotes then London Mayor Boris Johnson dismissing people’s fear of a rising Germany. Today, Johnson is leading Britain out of the EU without fully comprehending why a German-dominated union will be so harmful to his and other countries.

Small discrepancies, the so-called warning signs, like Germany’s recent scandals, are ignored in this blind love affair. Another source that sounds the most powerful warning is even more ignored: the Holy Bible. The Bible not only warns of Germany’s rise, it specifically prophesies that the world will be blinded by its leadership appeal.

Mr. Flurry has explained that the biblical book of Nahum is a prophecy for modern-day Germany. (For detailed proof, request his free booklet Nahum—An End-Time Prophecy for Germany.) Nahum 3:1 reads “Woe to the bloody city! it is all full of lies and robbery; the prey departeth not.” Concerning this scripture, Mr. Flurry writes:

Here is why that is so dangerous. In many end-time prophecies, God discusses Israel’s Assyrian “lovers” and how Israel will be the victim of a treacherous double cross. Ezekiel 23 discusses this double-cross calamity.

The Bible emphatically warns of Germany’s deceit! This is not a popular message because the world has fallen for the deception (Revelation 12:9). But the warning is on the wall, and one only has to take a close look at what Germany is doing today to start breaking free from that deception.

Notice Ezekiel 23:9: “Wherefore I have delivered her into the hand of her lovers, into the hand of the Assyrians, upon whom she doted.” This is a prophecy about Germany double-crossing America. In Ezekiel—The End-Time Prophet, Mr. Flurry writes:

Order Mr. Flurry’s free book Ezekiel—The End-Time Prophet for a detailed study of this subject, and read Mr. Macdonald’s article “We’re All Falling in Love With Germany” to see how this prophecy has been fulfilled in incredible detail. Germany is not the hope of the world, certainly not in its current state. But there is great hope, and Mr. Flurry explains this in his book on Ezekiel as well.

Germany’s status today as the world’s moral leader will deceive those who only see the nation superficially. But the Bible reveals a deeper view of Germany for those willing to take the time to study into it.