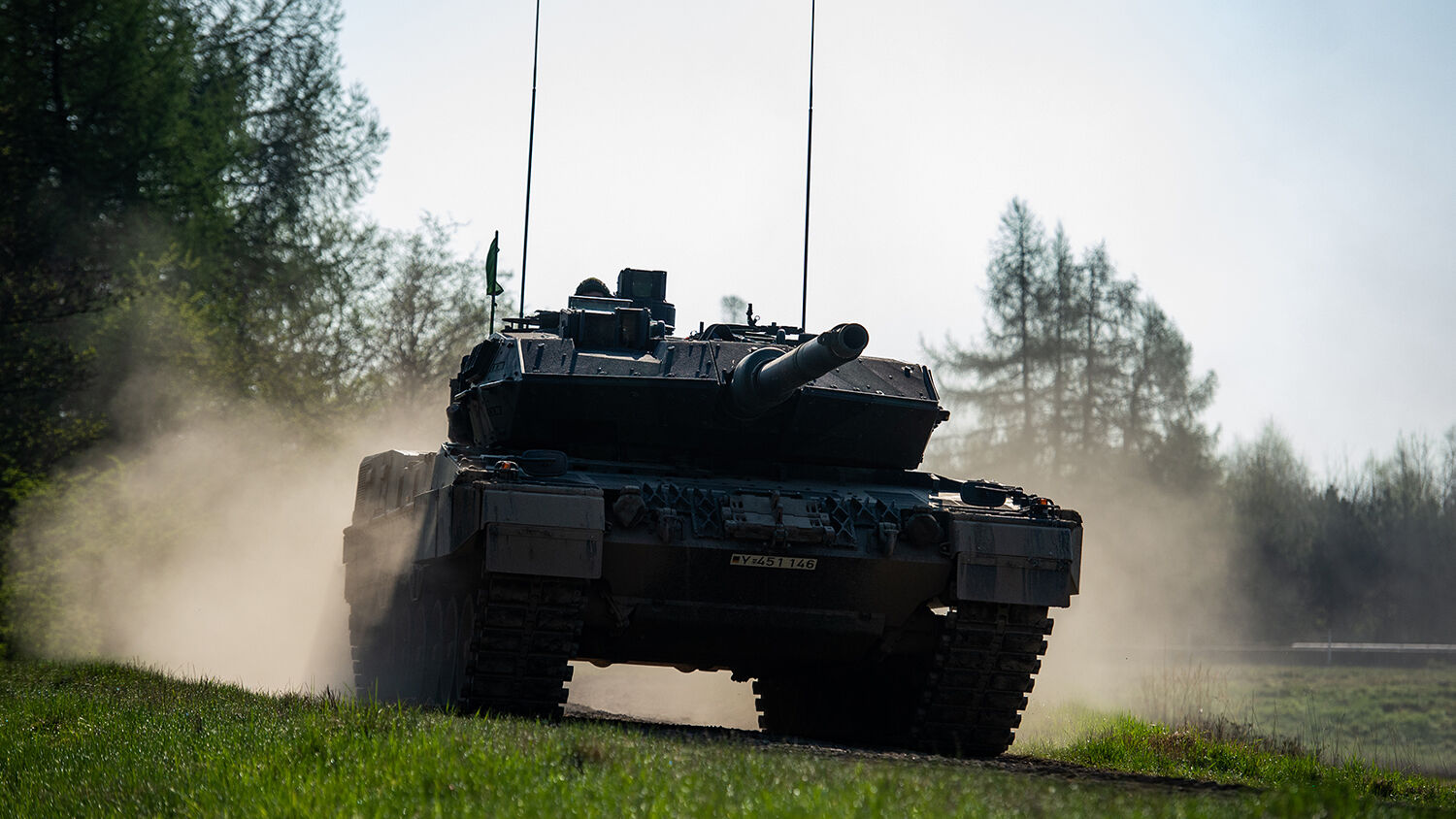 A tank of the model Leopard 2 A7 drives across the training grounds of the German Bundeswehr.
Philipp Schulze/picture alliance via Getty Images

The report, which was published on July 19, found that “Germany licenses and exports weapons of war and armaments to countries affected by war and crisis, to countries with human rights violations, and to regions of tension.”

The EU requires an eight-point criteria to be met for the approval of arms exports. The criteria include “respect for human rights and international humanitarian law by the country of final destination” and “maintenance of peace, security and stability in a region.” Germany has not followed these criteria since 1990. Instead, it has violated EU regulations and there have been “wars fought with German weapons and serious human rights violations.” While not an entirely surprising revelation, it does shed light on the extent to which Germany is funding these crises.

Examples of these violations include the discovery of German weapons used in the Yemeni war and German assault rifles used by Mexican police in 2014 to gun down six students involved in protests and in the murder of 43 others.

This report comes on top of another concerning revelation: As Trumpet contributor Josué Michels reported on July 16, this year represents “the first full year that German weapons exports are unable to be tracked.” While a large majority of German weapons go to nato countries, including Turkey, the exact amount of those going to third countries is now being kept secret.

In 2019, Germany exported nearly 40 percent more weapons of war than in 2018. Left-wing Bundestag member Sevim Dagdelen said that “is completely irresponsible” in “a world in which conflicts are increasing every day. Especially with the export of weapons of war to Egypt and Turkey, the federal government is feeding the conflicts in and around the Mediterranean and is even blatantly violating its own lax arms export guidelines” (Trumpet translation throughout).

Greenpeace disarmament expert Alexander Lurz told French news agency Agence France-Presse that Germany has been “systematically” sending weapons to war zones and placing them “in the hands of dictators.”

Germany’s actions are perhaps even more systematic than Lurz realizes. Germany is fulfilling a carefully designed plan, laid out before the end of the World War ii.

Germany has long had a policy of building regional alliances through arms exports. It’s not unique in selling weapons to conflict zones—plenty of countries do—but it strikes a hypocritical moral pose, claiming to be more careful and considerate in its arms exports. The reality is, it is pursuing its own interests.

Under its semi-pacifist cover, what some have dubbed the “Merkel doctrine,” it has built a series of alliances with key countries across the Middle East. And this web of alliances is a direct fulfillment of Bible prophecy.

Trumpet editor in chief Gerald Flurry explained Psalm 83’s prophecy of a German alliance in his article “A Mysterious Prophecy.” That article gives the modern names of the countries listed in the Psalm 83 alliance with Germany: Turkey (Edom), Saudi Arabia (Ishmaelites), Syria (Hagarenes), Jordan (Moab and Ammon) and Lebanon (Gebal). Several of these are third nations that Germany has been exporting weapons to in violation of EU arms regulations.

Where are these countries located? Around Iran, the volatile leader of the Islamic world.

A prophecy in Daniel 11 explains the significance of this. “And at the time of the end shall the king of the south push at him: and the king of the north shall come against him like a whirlwind, with chariots, and with horsemen, and with many ships; and he shall enter into the countries, and shall overflow and pass over. He shall enter also into the glorious land, and many countries shall be overthrown: but these shall escape out of his hand, even Edom, and Moab, and the chief of the children of Ammon” (verses 40-41).

The “king of the north” here refers to a German-led European empire coming with its Psalm 83 allies against “the king of the south,” which refers to radical Islam, led by Iran. Turkey (Edom) and Jordan (Moab and Ammon) will escape this attack because, as Psalm 83 shows, they will be allied with Germany.

Germany knows war is on the horizon, and it has been preparing for it for decades. Order our free booklet The King of the South so you can understand in advance the events now unfolding and building to this Daniel 11 clash.