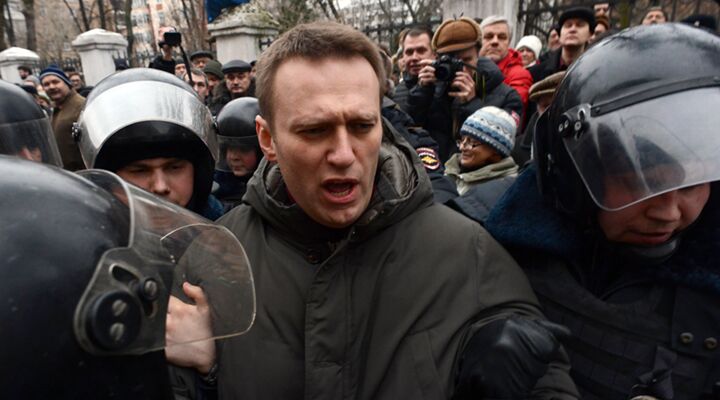 A Moscow court said today that it will announce the verdict in a controversial fraud case against opposition leader Alexey Navalny on December 30 rather than the originally planned date of January 15. Kremlin critics view the sudden move as a ploy to undercut protests by Russians who say the case against Navalny is politically motivated.

In 2011, Alexey Navalny led a spate of anticorruption protests that shook Russian leadership to a degree unseen since the 1990s. By 2013, he had grown from a protest leader and blogger into a legitimate politician. But in February 2014, a Moscow court placed Navalny under house arrest after he was accused of stealing 26 million rubles (us$459,000) from Yves Rocher, the Russian affiliate of an international cosmetics company.

Alongside an earlier conviction for stealing from a Russian-owned timber firm, Navalny could be sentenced to up to 10 years in prison.

Since fewer than 1 percent of Russian court cases end in a not guilty verdict, the charges are likely to result in a conviction. Navalny’s supporters say the charges are trumped up by the administration of Russian President Vladimir Putin as an illegal means of squelching opposition.

“Navalny is dangerous for Putin as he’s a popular figure, and now that the economy is in crisis, people who felt quite secure a few months ago today are desperate,” Alexei Makarkin, deputy head of the Moscow-based Center for Political Technologies, said to Business Week.

More than 33,000 Russians had signed up on the event’s Facebook page to participate in an unsanctioned protest against the Navalny verdict on January 15. But after the sudden rescheduling, the number planning to demonstrate plummeted to just a few thousand.

“The verdict will come tomorrow morning at 9:00,” Navalny tweeted on December 29. Here is Navalny (left) with his brother Oleg who faces the charges with him:

This abrupt verdict rescheduling follows several steps Putin has recently taken to muzzle his opposition. In July, he made laws essentially making participation in opposition rallies a crime punishable by prison time and steep fines. In mid-August, Putin quietly sacked 18 top-ranking Russian officials. Among them were the head of the Ministry of Internal Affairs, the chief of the Federal Drug Control Service, the head of the Investigative Committee of the Russian Federation, and several high-ranking military personnel.

In order to keep the Russian propaganda machine well oiled, Putin has also clamped down on domestic media. In November 2013, he greatly extended his grip over tv and radio when the media arm of state-controlled Gazprom bought Profmedia. Last December, he dissolved Russia’s primary state news agency, ria Novosti, after being angered by its coverage of the Maidan protests in Ukraine. After shutting ria Novosti down, he gave its facilities to Rossiya Segodnya, a news agency that is totally submissive to the Kremlin. Putin then went after smaller threats, passing legislation requiring all bloggers with more than 3,000 subscribers (or Twitter followers) to register with the authorities.