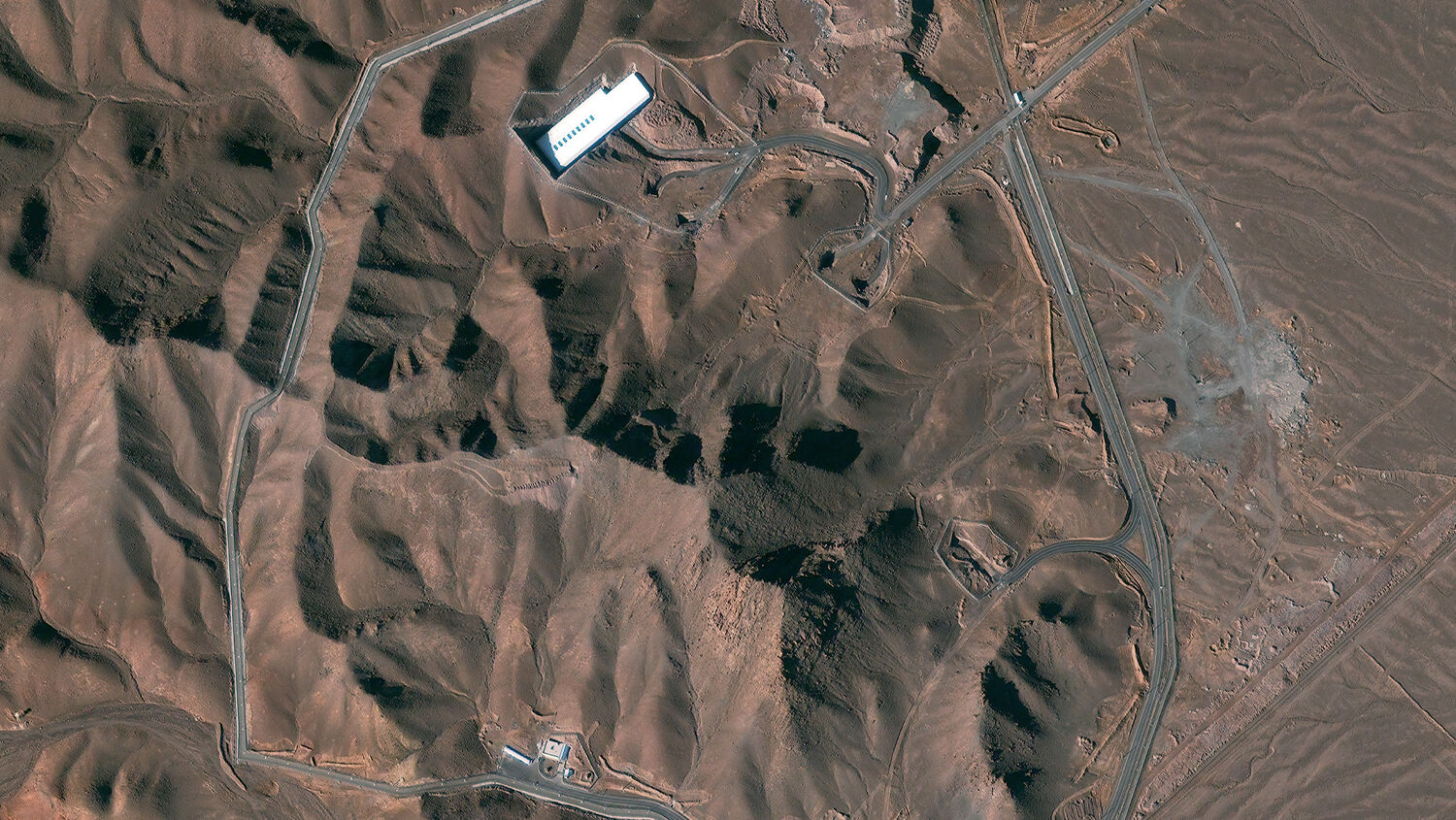 A satellite image of the Fordow facility in Iran
Getty Images

Iran committed its “most serious violation” of the Joint Comprehensive Plan of Action on Wednesday when it resumed injecting uranium gas into its centrifuges at the Fordow nuclear enrichment facility near the Shiite holy city of Qom.

Under watch of the International Atomic Energy Agency, about 4,400 pounds of uranium hexafluoride gas were transferred to Fordow early Wednesday. According to Iran’s Press tv, Iran began the process of restarting its centrifuges just before noon and expected to begin injecting uranium gas around midnight.

“The decision to expand nuclear activities at Fordow is Iran’s most serious violation of the nuclear deal to date,” Bloomberg quoted from a Eurasia Group report. “Iran’s latest violation represents a significant escalation, not a continuation of incremental steps away from its nuclear commitments.”

Spokesperson of the Atomic Energy Organization of Iran, Behrouz Kamalvandi, said the facility will reach 4.5 percent uranium purity by Saturday, the same purity already reached at the Natanz enrichment facility.

However, Iran will not stop there.

The Fordow Fuel Enrichment Plant is Iran’s second enrichment plant, the other being Natanz. In 2006, Iran began construction on the large underground facility. It is divided into two enrichment halls, each designed to hold eight IR-1 gas centrifuge enrichment cascades, totaling approximately 3,000 centrifuges. After a restructure under the 2015 Iran nuclear deal, however, only 1,044 centrifuges remain.

Additionally, the terms of the nuclear deal required Iran to repurpose the centrifuges for stable isotope production for a variety of civil uses. The quick turnaround indicates that Iran never made these adjustments, because it intended to again use them to enrich uranium.

Due to the facility’s size, secrecy and location, and its conjunction with the Islamic Revolutionary Guard Corps, United States analysts believe Iran built the facility secretly to produce weapons-grade, highly enriched uranium. When the facility was first discovered, Iranian officials insisted it would only enrich to 5 percent purity; however, the facility later produced 20 percent enriched uranium.

Reporting from Tehran, Al Jazeera’s Dorsa Jabbari said, “This is the only facility that can produce 20 percent uranium …. And that has always been a point of contention with the international community—because going from 20 percent to the weapons-grade level of 90 percent is not a long stretch.”

Several government officials, such as United Kingdom Foreign Minister Dominic Raab, see that Iran’s actions “clearly contravene the deal and pose a risk to our national security.” Yet they are failing to act.

Only Israel and the U.S. are actively working to stop Iranian aggression.

At the dedication of a new visitors’ center in Jerusalem on Wednesday, Israeli Prime Minister Benjamin Netanyahu said that “given Iran’s efforts to expand its nuclear weapons program, expand its enrichment of uranium for making atomic bombs, I repeat here once again: We will never let Iran develop nuclear weapons. This is not only for our security and our future, it’s for the future of the Middle East and the world.”

U.S. President Donald Trump withdrew from the nuclear deal in May 2018 and began reinstating economic sanctions on Iran, which have since reduced Iran’s crude oil exports from 2.5 million barrels per day to 125,000 barrels per day.

Despite this, Iran continues to support its terrorist proxies throughout the Middle East and to push its nuclear program forward. Thanks to its new, advanced IR-6 centrifuges, built in the last two months, Iran has upped its uranium production from one to 11 pounds per day.

Nuclear War Is on the Horizon

Iran’s renewed nuclear program is pushing the world to the brink of nuclear war—a trend the Trumpet follows closely.

In the Bible, the Prophet Daniel recorded a prophecy describing Iran’s belligerent behavior and how it will lead to World War iii: “And at the time of the end shall the king of the south push at him: and the king of the north shall come against him like a whirlwind, with chariots, and with horsemen, and with many ships; and he shall enter into the countries, and shall overflow and pass over” (Daniel 11:40). Trumpet editor in chief Gerald Flurry has identified radical Islamic extremism, led by Iran, as the “king of the south.” (For more information about Iran’s support of terrorism, strategy to control world trade, flirtation with nuclear weaponry, and its radical ideological beliefs, read The King of the South, by Mr. Flurry.)

Ninety-five percent of Iran’s population, or about 79 million Iranians, follow the beliefs of Twelver Shiism. This branch of Shiite Islam believes that the mahdi, its version of the Messiah, will return in a time of chaos and destruction. However, Iran’s theocratic leadership believes that it can hasten the return of the mahdi by causing world chaos. As a result, the nation’s foreign policy is shaped by its vehement desire to bring about the destruction of the world. Therefore, any nuclear ambitions would threaten humanity’s very existence. Iran’s nuclear program must be seen in this context.

Several biblical passages indicate that nuclear war is coming soon. Isaiah 1:7 says the nations will become “desolate” and the cities will be “burned with fire.” Ezekiel 5:4 says, “[T]hereof shall a fire come forth into all the house of Israel.”

The book of Joel says the nuclear fallout will become so bad that “the sun and the moon shall be dark, and the stars shall withdraw their shining” (Joel 2:10). This horrific war is part of “the great and the terrible day of the Lord” (verse 31) mentioned throughout the Bible.

Iran is becoming more and more emboldened as it is allowed more and more leniency. Publicly, Iran has already made four steps away from the nuclear deal without so much as a slap on the wrist from the international community. The world better wake up soon, because nuclear war is on the horizon.

For more information about Iran’s pursuit of the nuclear bomb and the incredible hope that is prophesied to follow, please request your free copy of The King of the South.