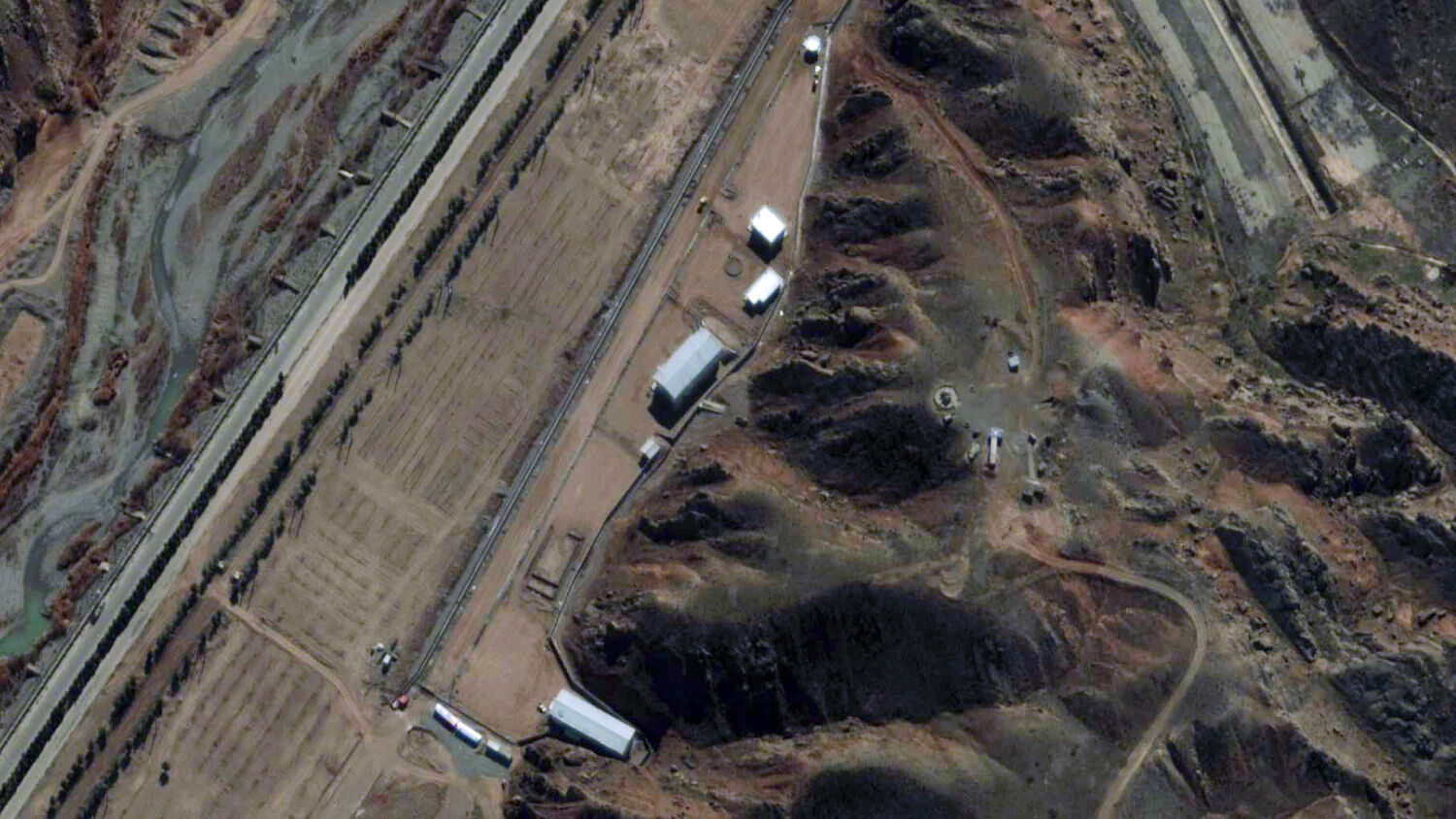 Are we six months away from a nuclear Iran?

An October 23 report from the Institute for Science and International Security think tank confirms extensive nuclear testing at Parchin, an Iranian military facility near Tehran. These operations are in direct violation of the Joint Comprehensive Plan of Action (jcpoa) nuclear agreement Iran implemented on Jan. 16, 2016, along with six other nations. Activities at Parchin were intentionally hidden from international inspections.

Later that day, the think tank concluded that Iran was closer to developing the nuclear bomb than previously thought. The Jerusalem Post wrote:

There are unending debates about whether the Islamic Republic is currently around 12 months or closer to six months from being able to produce a nuclear bomb, if it chose to do so.

Iran has already overcome some of the obstacles to building a bomb which experts thought it had not yet overcome, based on the new report. This would shorten the countdown number.

If these reports are true, how close did Iran get, and how much closer is it now? The answer to each of these questions could be the difference between the life and death of millions of people.

In 2015, the International Atomic Energy Agency (iaea) published its Final Assessment regarding Iran’s nuclear program, detailing its conclusions about the Parchin military complex. Satellite imagery of the Parchin complex, which the iaea received in 2000, indicated a large cylinder “designed to contain the effects of detonating up to 70 kilograms of high explosives.” When asked about this subject in 2011, “Iran did not provide any clarification.” Notice how Iran acted following this accusation, as reported by the iaea:

Since the Agency’s first request to Iran for access to the particular location of interest to it at the Parchin site in February 2012, extensive activities have taken place at this location. These activities, observed through commercial satellite imagery, appeared to show, inter alia, shrouding of the main building, the removal [and] replacement or refurbishment of its external wall structures, removal and replacement of part of the roof, and large amounts of liquid run-off emanating from the building. Commercial satellite imagery also showed that five other buildings or structures at the location were demolished in this period and that significant ground scraping and landscaping were undertaken over an extensive area at and around the location. …

These activities were complete on 20 September 2015.

A satellite photo taken on Aug. 15, 2012, shows a tarp over two of the buildings as they undergo refurbishment. It also shows the destruction of another building whose purpose remains unknown.

After three years of extensive work, Iran finally allowed the iaea into the Parchin facility to take ground samples—after ground-scraping work had been done. They were allowed to observe the main building in question. “[T]hey did not observe a chamber or any associated equipment inside the building”; however, they did observe “recent signs of internal refurbishment, a floor with an unusual cross-section and a ventilation system which appeared incomplete.” According to the report, their ground samples came back as a negative. Or so it was made out to be. Some traces of uranium were found. The iaea concluded the extensive activities undertaken by Iran during those three years “seriously undermined the Agency’s ability to conduct effective verification.”

The newly published report by the Institute for Science and International Security is very condemning. The documents and photos used in its October report were seized in February during Israel’s raid of Iran’s nuclear program. The report states that the new information “necessitates calling for more action by the iaea and the Joint Commission,” which administers the jcpoa.

Notice what the report tells us about the ground sampling conducted in 2015: “The iaea detected some uranium particles in samples taken (where the sampling was actually conducted by Iranian technicians outside of normal iaea environmental sampling protocols). Subsequent iaea reports do not indicate that ….” This condemning information was actually hidden from the public! It was not in the iaea’s final assessment.

It states that the facility began operation early in 2003. One document describes the contamination level caused by the “raw material” (probably uranium).

The report also reveals that Iran was developing a specialized neutron initiator to start the chain reaction needed in a nuclear explosion. In testing, these explosions involved uranium and deuterium. The report said, “The uranium serves as the carrying material for the deuterium. Such neutron sources are used to trigger a nuclear weapon made from weapon-grade uranium. They have a long life, meaning they do not need to be replenished like several other types of neutron initiators used in nuclear weapons.”

Despite its constant denials, Iran is actively seeking to develop the nuclear bomb. In doing so, it is and has been breaking the jcpoa. The international community needs to wake up to this fact—especially since analysts are beginning to speculate whether Iran could complete this project in as little as six months.

The Trumpet has been following this trend for years. Last year we wrote, “Back then [in 2015], the iaea essentially accused Iran of lying. But after the Obama administration passed the jcpoa, the iaea has not asked to inspect the Parchin site.” This begs the question: Is Iran using the Parchin site now? Or have operations been moved to another facility? Either way, Iran may be closer to obtaining the nuclear bomb than we realize.

Trumpet correspondent Christopher Eames wrote in “U.S. Certifies Iranian Compliance on Nuke Deal”: “Nuclear warfare is nothing to be permissive or lukewarm about. Our actions and ambivalence have made nuclear war inevitable. And Iran will only be the spark that ignites the inferno. This Iran nuclear deal—no matter the level of ‘compliance’—is leading to catastrophe.”

Iran is an extremely radical nation controlled by a radical branch of Islam. Trumpet editor in chief Gerald Flurry writes about this extremism in his booklet The King of the South (request your free copy here). The booklet identifies Iran as “the king of the south” described in the Bible (Daniel 11:40). It also describes Iran’s strategy to use radical Islamist extremism to do its dirty work, while also using it as a distraction to keep attention off the Iranian regime. In the booklet, Mr. Flurry writes:

Jan. 16, 2016, marked the implementation of the nuclear deal with Iran. The U.S. and the European Union lifted sanctions on Iran, released over $100 billion in frozen assets, and welcomed Iran into a whole rush of economic deals. And they received nothing in return.

Iran changed nothing in its policies of aggression, subversion and sponsoring terrorism. It didn’t even say it would reform in any of these areas! Without giving in on anything, Iran was given all it needed in order to greatly accelerate its race toward getting the nuclear bomb.

This deal did not make the world safer—it was a disaster for the world!

The Bible prophesies of this nuclear disaster. It even says that this destruction is coming upon the modern descendants of ancient Israel, which include the United States and Britain. The book of Isaiah says their cities will be “wasted without inhabitant, and the houses without man, and the land be utterly desolate” (Isaiah 6:11). America’s and Britain’s failure to deal with Iran has caused the Islamic nation’s nuclear ambitions to get out of hand, and soon they will experience the consequences. But before mankind utterly destroys itself in nuclear fallout, the Messiah will return to stop the devastation.

Hosea 6:1 says, “Come, and let us return unto the Lord: for he hath torn, and he will heal us; he hath smitten, and he will bind us up.” After all of the destruction, mankind will finally turn to the Messiah, and He will heal the land of its nuclear fallout and usher in an era of peace and prosperity like this world has never seen.