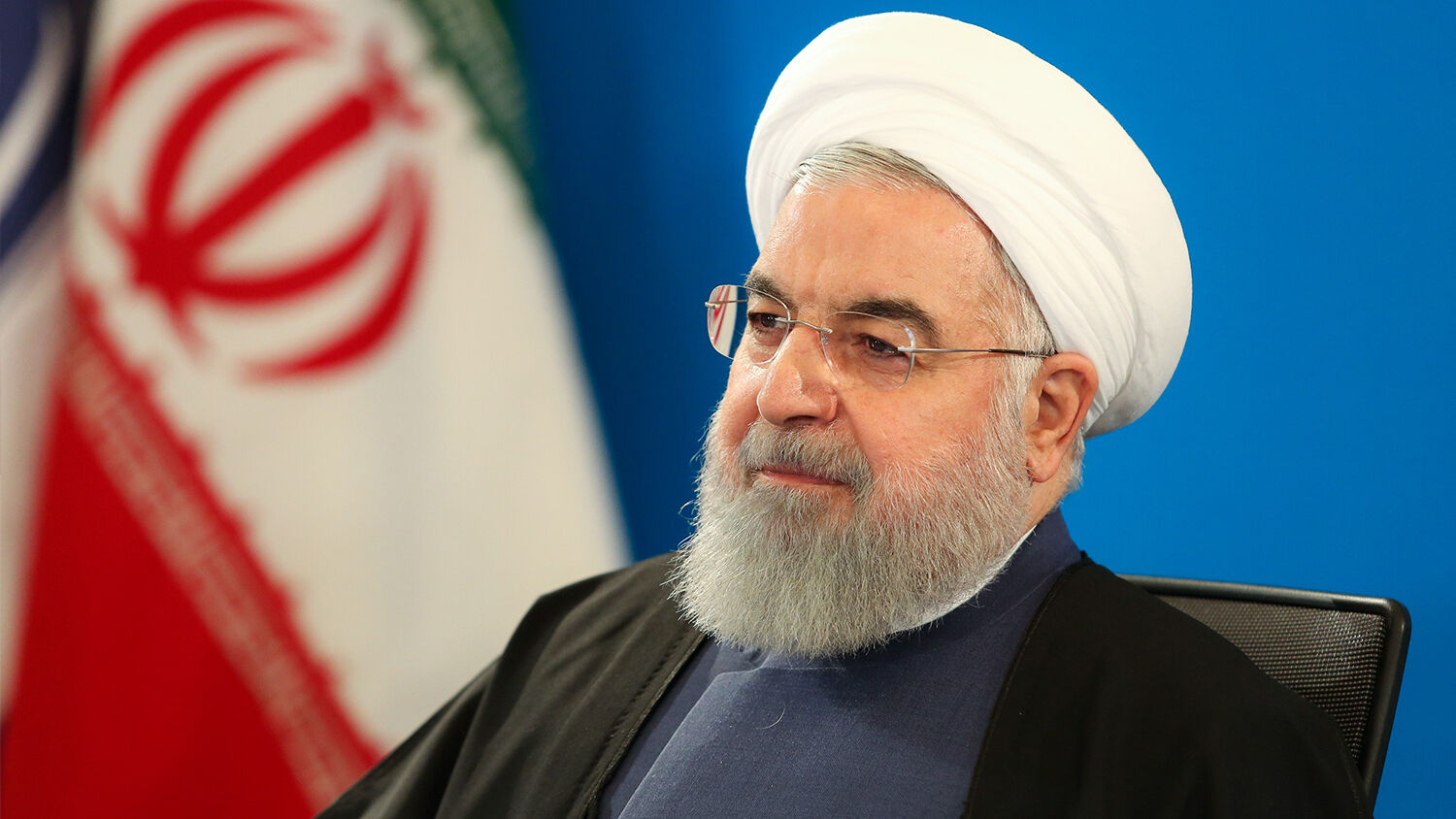 A January 11 report on Iran’s nuclear archive by analysts has revealed the existence of Project 110, a component of Iran’s amad nuclear program. Project 110 was created for the purpose of developing and producing nuclear warheads. This startling discovery shows that Iran has made progress on developing a nuclear bomb. It shows how much closer Iran was in its production of a warhead than previously recognized. But it leaves one question unanswered: How close is Iran now?

Israeli agents discovered and removed the trove of documents on Jan. 31, 2018, in a night raid. The agents located a secret warehouse in the commercial district of Iran’s capital, Tehran, cut into 32 safes, and removed 50,000 pages of top-secret files and 163 compact discs containing memos, videos and plans—all relating to Iran’s development of nuclear technology.

Israeli Prime Minister Benjamin Netanyahu first revealed the contents of the Iranian Nuclear Archive to United States President Donald Trump in a private briefing. A few days later, President Trump followed through on his commitment and announced that he would withdraw the U.S. from the Joint Comprehensive Plan of Action nuclear agreement and reimpose sanctions on Iran. Netanyahu publicly announced the news of the raid and the documents that the Israelis had extracted in April 2018. Since then, analysts have been scanning through the trove’s nearly half-ton of documents. Physicist David Albright, founder of the Institute for Science and International Security, is one of the analysts who has repeatedly visited Israel to examine the archive. He, along with three others from the institute, is the author of the January 11 report discussing Project 110.

Two of the four summary points the institute lists in the report are as follows:

The report said, “The material extracted from the archives shows that the amad program had the intention to build five nuclear warhead systems for missile delivery.”

Project 110 was the specific branch of the amad program designated with the creation of uranium metal components. To do this, a mixture of uranium tetrafluoride and magnesium are placed into a refractory-lined steel vessel, sealed, and then heated to about 1,200 degrees Fahrenheit (or 650 degrees Celsius) until the uranium melts. It is then poured into a mold to cast uranium metal parts for a nuclear warhead.

It is unclear where these completed parts were sent. Designs show, however, that a production facility was planned at the same site.

The nuclear agreement, implemented on Jan. 16, 2016, and signed by Iran along with China, France, Germany, Russia, the United Kingdom, the United States and the European Union, obligated Iran to drastically reduce its stockpile of enriched uranium, reduce the number of its gas centrifuges, and limit its enrichment of uranium to 3.67 percent, among other stipulations.

Details in the report reveal that the Iran nuclear deal was signed despite a severely inaccurate understanding of just how close Iran had actually come to developing a nuclear bomb. Therefore its regulations, designed to curb Iran’s nuclear program, were flawed from the beginning.

The deal was created to lengthen Iran’s “nuclear breakout” time to one year, meaning that if Iran abandoned any restrictions and pursued a nuclear weapon as rapidly as possible, it would still require at least 12 months, in which opposing nations could organize some sort of countermeasure. But Project 110 “implies a much faster rate of weapons assembly than asserted in the lead-up to the Iran nuclear deal.”

Some analysts have now estimated that Iran’s breakout time could be as little as five months.

What Is Iran Doing Now?

The two Iranian signatories of the nuclear agreement were both heavily involved in the nuclear program. Since then, they have risen up the ranks in Iran’s ballistic missile and nuclear programs. Amir Ali Hajizadeh is the commander of the Islamic Revolutionary Guards Corps Aerospace Force, while Sayed Shamsuddin Borborudi, former head of procurement and logistics at amad, is now the deputy head of the Atomic Energy Organization of Iran.

Could Iran still be using the very same officials of the amad project to continue its work under the cover of ballistic missile testing?

Iran recently attempted, unsuccessfully, to launch its own satellite into orbit using domestically manufactured rockets. Although the launch failed, the same technology, if perfected, could be adapted to develop a long-range ballistic missile capable of carrying a nuclear warhead.

Albright told Foreign Policy that, if Iran restarts its centrifuges, it could enrich enough weapons-grade uranium to build its first nuclear weapon in about seven to 12 months.

Enriching uranium to 20 percent would directly violate the nuclear agreement.

In an interview with the Associated Press, Sahlei said, “If we have to go back and withdraw from the nuclear deal, we certainly do not go back to where we were before.” Instead, “[w]e will be standing on a much, much higher position.”

As far back as 2007, Jordanian King Abdullah ii stated, “Iran, I believe, does have aspirations to develop nuclear weapons. The Iranians themselves are saying that.” Despite denials from the Iranian government, it has been clear for years that Iran is pursuing nuclear weapons. Now that recent reports have revealed how much further Iran was than previously recognized, the world is beginning to wake up.

After the U.S. withdrew from the nuclear deal in May, it has reimposed sanctions on Iran’s crucial oil and shipping sectors, among other areas, and also banned Iran from using the U.S. dollar as a currency for international trade. The European Union attempted to keep the deal alive by circumventing U.S. sanctions and creating a “special purpose vehicle” to conduct financial transactions with Iran. On January 8, however, the EU imposed its first sanctions on Iran in three years, targeting its intelligence agency. Though the sanctions are small, they signal that Europe may be hardening its position against Iran as well.

Iranian leaders see this as a breach of contract, according to Iran’s government-controlled Tasnim News Agency. Among their tools for retaliation is making the decision to restart centrifuges, increasing uranium enrichment, and racing to finish building their first nuclear weapon.

All of this is leading to a violent clash between Iran and Europe. This clash was prophesied in the Holy Bible about 2,500 years ago.

Trumpet editor in chief Gerald Flurry identified radical Islam, led by Iran, as “the king of the south,” which provokes a united Europe, led by Germany, or “the king of the north.” He has also described Iran’s nuclear ambitions and its ballistic missile development as aspects of its “push” against the European Union. In The King of the South, Mr. Flurry writes:

The king of the south, or Iran, is going to “push at him”—that is, the king of the north (the European Union). Gesenius’ Hebrew-Chaldee Lexicon says the word push means “to strike—used of horned animals,” or “to push with the horn.” …

After the U.S. reimposed sanctions on Iran, in an article titled “Will Sanctions Slow Iran’s Quest for Domination?”, we wrote:

The European “king of the north” will perhaps realize by the point of the Daniel 11:40 clash that mitigating the impact of sanctions on Iran doesn’t help change the behavior of Iranian leaders. It will perhaps realize by that point that the economic pressure of sanctions also doesn’t do much to change the behavior of Iranian leaders ….

The current U.S. and EU sanctions against Iran, while they are having a severe impact on its economy, have not stopped and will not stop Iran’s quest for domination. No economic penalties will stop Iran’s ideologically driven quest for power. The only thing that will stop Iran is superior military force.

Watch for Iran to continue its nuclear and missile programs as it pushes against Europe, and watch for Europe to further harden its position against Iran.

For more information about Iran’s push against Europe and the clash that is coming, request your free copy of The King of the South.