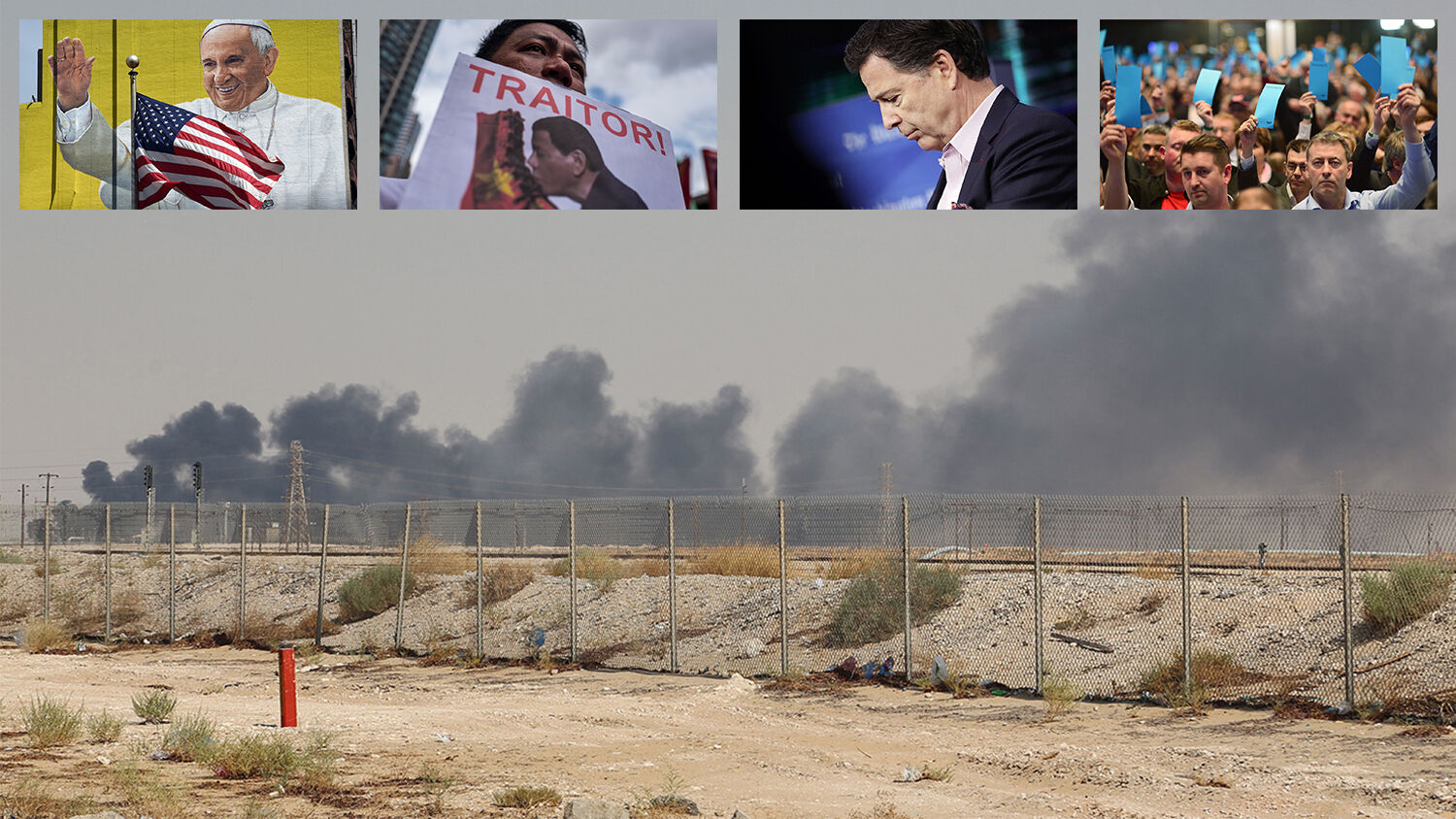 Despite denials by Iranian officials, United States Secretary of State Mike Pompeo has adamantly blamed Iran for the attack, posting on Twitter: “Iran has now launched an unprecedented attack on the world’s energy supply. There is no evidence the attacks came from Yemen.”

Back in 2003, Trumpet editor in chief Gerald Flurry wrote that Iran’s attack on global oil trade could help trigger a collapse of the Western world’s weak currencies, which “in turn could cause Europe to quickly unite into the most powerful economic bloc in the world. That very event is prophesied to occur in your own Bible!”

Oil is Europe’s precious commodity, and Iran’s control over the global oil trade is an aspect of Iran’s prophesied “push” against Europe.

The 79-page report focused on Comey’s handling of memos that he made of his interactions with President Trump. The report found that Comey’s “retention, handling and dissemination of certain memos violated Department and fbi policies, and his fbi Employment Agreement.”

Mr. Comey wasn’t simply acting according to his own personal convictions. He was part of a coordinated conspiracy aimed at undermining and ultimately bringing down the presidency of Donald Trump.

During an in-flight press conference on September 10, Pope Francis told reporters he was praying there would be no schism within the Catholic Church but was not afraid of facing one.

Francis then went on to accuse some of his critics in the United States of stabbing him in the back.

In 1898, Pope Leo xiii wrote a papal letter, Witness to Our Goodwill, declaring “Americanism” was heresy. In particular, he condemned American ideals of individualism and separation of church and state to be heretical fallacies.

In some ways, the Catholic Church in the United States has been in pseudo-schism with the Vatican for centuries. So even if a new pope is elected who is more conservative on certain points of Catholic doctrine, American Catholics will still go their own way on economic, environmental and many other issues.

Bible prophecy reveals that there is a lot of significance in what is happening between America and the Vatican. A clash of civilizations is coming between Anglo-America and a Vatican-dominated empire.

The rise of the Alternative für Deutschland (AfD) party proves that Germany is ripe to accept another dictatorship. That is the warning Niklas Frank, the son of a Nazi governor-general of occupied Poland, Hans Frank, gave in an article for Der Spiegel.

Niklas Frank has studied his father’s legacy. People “of my father’s kind, who want to poison my brain, are reappearing,” he warned.

The International Court of Justice in The Hague ruled in 2016 against China’s claims of ownership over Reed Bank, saying it lies within Philippine waters. The court also ruled against China’s claims of nearly all the rest of the South China Sea, portions of which are claimed by Brunei, Indonesia, Malaysia, the Philippines, Taiwan and Vietnam. China unsurprisingly rejected the ruling.

Now, Philippine President Rodrigo Duterte says Chinese President Xi Jinping agreed to give the Philippines a majority stake in a new oil and gas exploration venture in Reed Bank—if it would ignore the 2016 ruling.

As the pillars of the United States-led global order continue to weaken, Asian states will increasingly succumb to Chinese intimidation—and fulfill Bible prophecy.