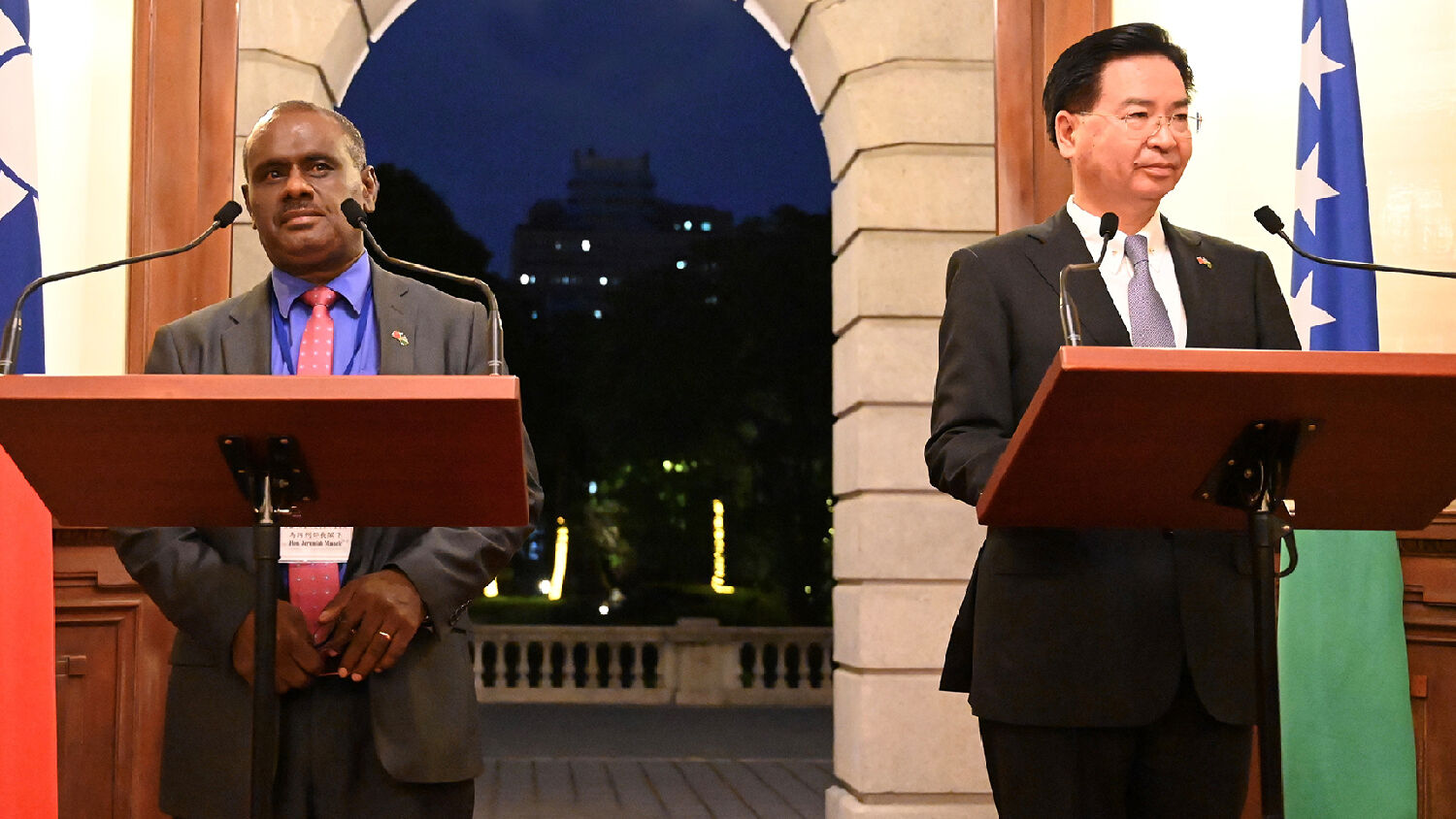 Taiwan is growing more diplomatically isolated, and China’s quest to dominate vital shipping lanes in the South Pacific is advancing.

The Solomon Islands reached a decision on September 16 to break diplomatic ties with Taiwan and instead establish official relations with China. The move continues Beijing’s campaign of picking off Taiwan’s allies, and also furthers China’s quest to dominate vital shipping lanes in the South Pacific.

The Chinese Communist Party views Taiwan as a rogue province that belongs under the control of the mainland. The Communist party has repeatedly said it is willing to undertake any actions necessary to bring the island under its control. And persuading Taiwan’s diplomatic allies to abandon Taipei in favor of Beijing is a tactic the Communist party increasingly uses to accomplish that aim.

In 2016, the party convinced São Tomé and Príncipe to end relations with Taiwan in favor of ties with China. In 2017, it pressured Panama into making the switch. And last year, the Dominican Republic, Burkina Faso and El Salvador all switched allegiances to China.

Each time a country breaks diplomatic ties with Taiwan, it is essentially agreeing that Taiwan is not sovereign and independent. With the Solomon Islands’ defection, Taiwan is now left with only 16 formal diplomatic allies around the globe.

The Trumpet has forecast since 1998 that Taiwan will eventually lose its independence and be absorbed into China. Taiwan’s loss of the Solomon Islands as a diplomatic ally is one more step toward that reality.

China persuaded the Solomon Islands, an archipelago nation of 600,000 off Australia’s east coast, to make the switch largely with promises of infrastructure investment. The details of China’s promised loans have not yet been disclosed. But with previous switching nations, China offered loans to build infrastructure that were too large to resist. American Thinker noted last year that China leaps at the opportunity to extend such loans, not just as a method of diplomatically isolating Taiwan but also to boost China’s ability to project military power. “China … doesn’t really care if a project is economically sustainable,” it wrote, “the Chinese are happy to pretend it is, because the object, of course, is military.”

China extends such loans to poorer nations not despite the fact that the nations will be unable to repay them, but because of that fact. Sometimes called “debt-trap diplomacy,” the strategy aims for receiving nations to default so they’ll be beholden to China, and China can seize the infrastructure it funded and eventually appropriate it for military use.

In the case of the Solomon Islands, such an outcome would present a grave threat to Australia. A Defense White Paper published in 2016 discusses the dangers of Pacific Island countries, such as the Solomon Islands, becoming military hubs for China: “Australia cannot be secure if our immediate neighborhood, including Papua New Guinea, Timor-Leste and Pacific Island countries, becomes a source of threat to Australia. This includes the threat of a foreign military power seeking influence in ways that could challenge the security of our maritime approaches ….”

Trumpet contributing editor Andrew Miiller wrote in June that the strategic location of the Solomon Islands and neighboring nations is partly why China is targeting them: “Fiji, Papua New Guinea, Vanuatu and the Solomon Islands sit astride the most vital shipping lanes in Australasia. If China is able to militarize these shipping lanes, it will be able to isolate Australia and become master of the South Pacific.”

China’s overpowering Australian and American influence to become “master” of this region aligns with the forecasts of Bible prophecy.

In The United States and Britain in Prophecy, the late Herbert W. Armstrong proved that the peoples of the United States and United Kingdom—including British Commonwealth countries such as Australia—are the modern-day descendants of Abraham’s grandson Israel and Israel’s son Joseph. And Mr. Armstrong showed that this promise in Genesis 22:17 was fulfilled before World War ii, when the U.S. and UK came to control all major gates, such as the Panama and Suez canals, as well as many minor gates, such as the Solomon Islands.

Based on this passage in Genesis 22, Mr. Armstrong said the fact that the UK and U.S. gained control over these strategic oceanic locations proved that these countries are the descendants of Abraham’s family. “[W]e must be modern Israel,” he wrote.

America and Britain used their control over these locations to defeat aggressor powers during both world wars and, in peacetime, to keep the world’s shipping lanes open and relatively stable—to the benefit of all countries.

But the Bible also prophesied that Britain and the U.S. would later lose their hold of these vital sea gates.

For this to come to pass, the U.S. and UK first had to lose control of the gates they had previously acquired. This has occurred in recent decades with the transfer of such holdings mainly to China. Trumpet editor in chief Gerald Flurry explains in Isaiah’s End-Time Vision how China and other powers will soon use their hold on these gates against the modern descendants of Israel. He writes:

Mr. Flurry makes clear that the decline of the U.S. and Britain and the rise of China and other revisionist powers will lead to a time of catastrophe and suffering for the American, British and Australian peoples—and for all nations. But he emphasizes that the suffering has a purpose: to teach the nations to love God’s law. And he stresses that the time of suffering will be quickly followed by an era of unprecedented peace. “Thank God,” he writes, “there is great news beyond the bad news.”

To learn more about the detailed Bible prophecies at the foundation of Mr. Armstrong’s and Mr. Flurry’s forecasts, and the hope that is at the heart of these prophecies, order your free copy of Isaiah’s End-Time Vision.