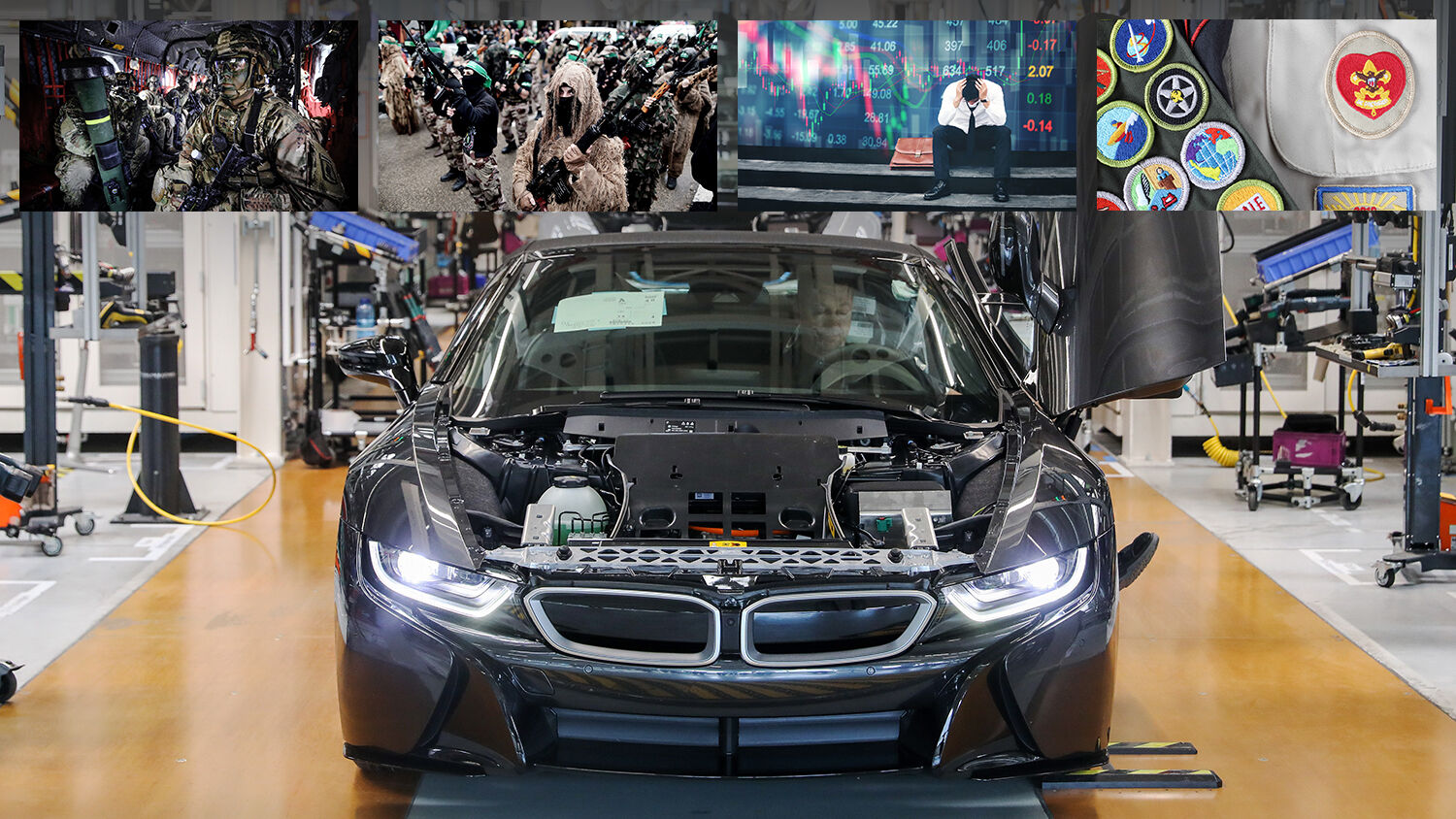 Germany’s years of prosperity may be coming to a sudden end.

“The most important industrial sector in Germany, the car industry, is in crisis, likewise the second-most important, mechanical engineering, and also the third-most important, chemistry,” German newspaper Die Welt wrote last month. “Everywhere in the German economy it crashes and rumbles. Are these really just isolated cases? Or harbingers of a full-blown crisis that we have allowed to happen?” (Trumpet translation).

Data released this month has further fueled fears of a recession.

Global conditions indicate it will only get worse. Trade wars, tariffs, sanctions, Brexit and other global challenges leave the export champion extremely vulnerable. Factor in the national political crisis, and the minor economic challenges could suddenly turn into a large-scale crisis.

Historic parallels and Bible prophecy indicate that the climax of such a crisis would not only threaten German opulence but also the peace of the entire world. The fact that we are seeing them now take shape makes our time extremely urgent.

United States ambassador to Germany Richard Grenell told dpa International on August 9 that U.S. troops in Germany may relocate to Poland if the German government does not approve an increase in defense spending. The U.S. is frustrated by Germany’s lack of financial contributions to nato and appears eager to make Germany responsible for its own defense.

On the surface, it may seem prudent to make such demands of Germany. But history and Bible prophecy say otherwise. As Plain Truth editor in chief Herbert W. Armstrong wrote in 1952, a rearmed Germany “will be the heart and core of the united Europe that will revive the Roman Empire.”

The Times of Israel recently reported that Iran has expressed willingness to increase its funding to Hamas from an estimated $8.3 million to $30 million a month.

Dr. Yossi Mansharof, an Iran expert at the Jerusalem Institute for Strategy and Security, said, “[T]he connections between Iran and pij [Palestinian Islamic Jihad] are very tight, since the leader of the group, Ziad Nakhaleh, is very close to [Iranian Gen. Qassem] Suleimani. So, it can be assumed that the group would also get an increase in funding.”

Hamas and Palestinian Islamic Jihad have an estimated stockpile of between 10,000 and 20,000 short- and mid-range rockets, which can pose a serious threat to Israel’s south.

Iran’s takeover of Gaza through these two entities “has been total,” former vice president of the Jerusalem Post Hirsh Goodman writes in The Anatomy of Israel’s Survival. This takeover, he continues, is “creating an entire country, a mini-Iran, on Israel’s southern border.”

In response to pressure from United States President Donald Trump, the Federal Reserve cut interest rates on July 31 for the first time since the 2008 recession. The decision came amidst concerns over America’s trade war with China. The trade war is making some goods more expensive for U.S. consumers, but the lower interest rates are intended to offset the increase by encouraging them to borrow more easy cash.

Interest rates are normally lowered during economic recession, allowing consumers to borrow more and afford more expensive goods. This stimulates the economy while times are bad, tiding the people and nation over during the downturn. When the economy eventually recovers, interest rates are then generally raised to encourage less borrowing and more saving.

The current rate cuts mean that even as the economy is booming, the government is encouraging borrowing. The danger is that when a recession inevitably hits, there will be no protective buffer to fall back on.

That dangerous outcome is prophesied in the Bible and thoroughly explained in Herbert W. Armstrong’s free book The United States and Britain in Prophecy.

On August 5, the Abused in Scouting organization filed a lawsuit in Pennsylvania, accusing the Boy Scouts of America of “a continuing and serious conspiracy to conceal and cover up” sexual assaults against children. The attorneys identified 350 alleged abusers, and nearly 800 alleged victims.

Many of these grotesque accusations go back decades, yet the National Executive Board of the Boy Scouts of America has not responded to this crisis by doubling down on the moral standards required of troop leaders. Instead, they have doubled down on radical moral changes.

This century-old institution has been one of America’s noble institutions. Now, it is being ripped apart by social engineers bent on forcing the Boy Scouts to conform to a radical, gender-neutral culture.

“Boy Scouts of America Under Attack” explains this crisis in detail. It also provides the tools people need now to reclaim true values and morality.