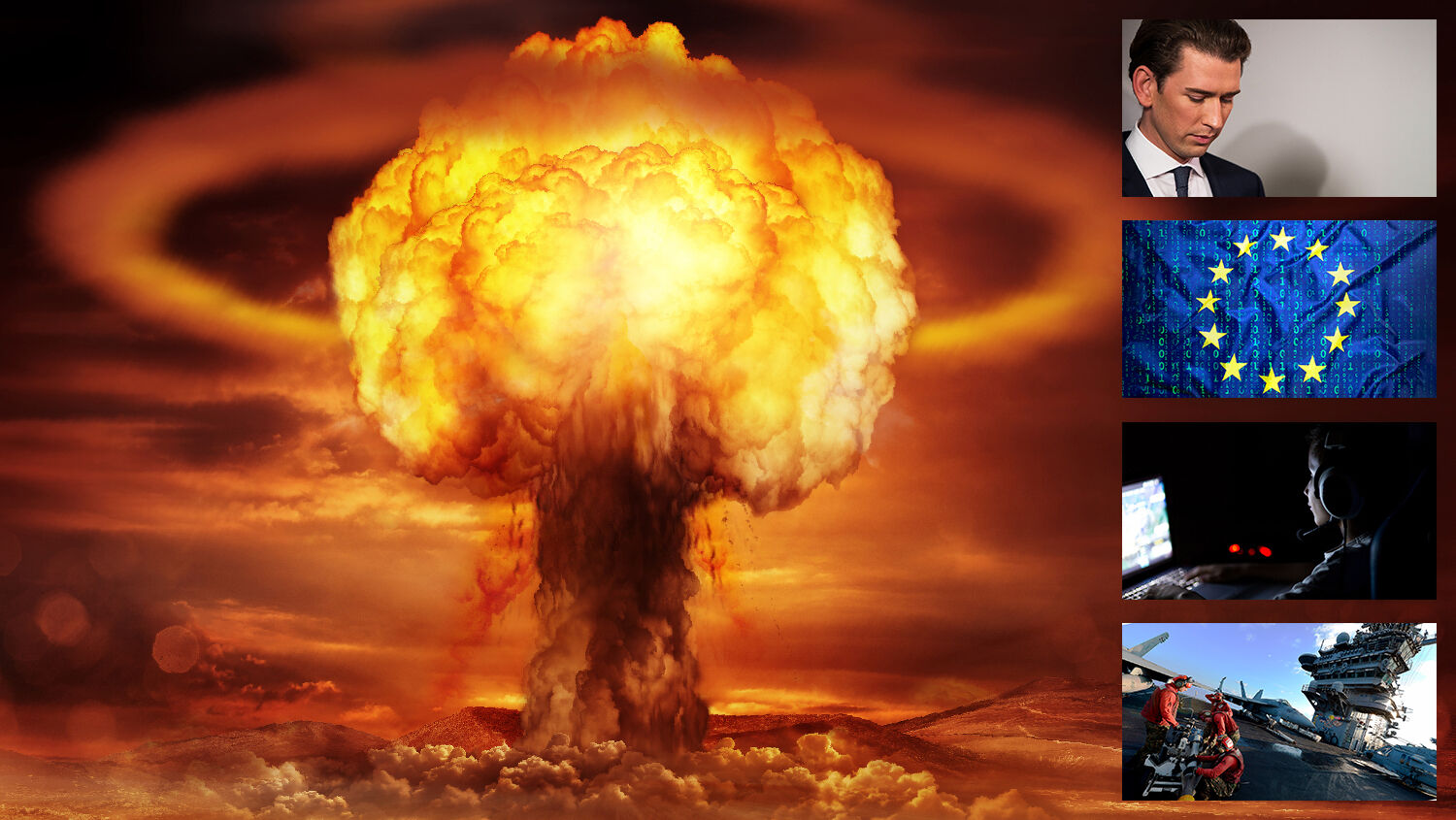 According to a June 13 statement by the United States Defense Intelligence Agency, Russia has conducted low-yield nuclear weapons tests in violation of established testing protocols. The Kremlin has denied these accusations.

These events are a stark reminder of how close to the brink of extinction mankind stands.

Man’s ability to wipe himself off the face of the Earth was prophesied in the Bible 2,000 years ago. “For there will be greater anguish than at any time since the world began. And it will never be so great again. In fact, unless that time of calamity is shortened, not a single person will survive. But it will be shortened for the sake of God’s chosen ones” (Matthew 24:21-22; New Living Translation).

This worldwide destruction has only become possible since the creation of nuclear weapons. This shows that the prophecies in the Bible are for our day. Events in this world are prophesied to become increasingly worse, to the point that if Jesus Christ did not return to Earth, the last human being would perish in its flames. Thank God He will return—and soon!

The United States is investing an enormous amount of resources in “flawed” concepts that will fail to succeed in a full-scale war. This was the verdict of a report released on June 12 by the Center for a New American Security and authored by former U.S. Army Ranger Chris Dougherty. It warned that without a complete overhaul of strategy, America would likely lose a conventional war against a major power, such as Russia or China.

The main claim of the report is that high defense spending creates a false sense of security, but much of that money is misspent. It stated: “For the first time in decades, it is possible to imagine the United States fighting—and possibly losing—a large-scale war with a great power.”

Herbert W. Armstrong, founder of the Plain Truth newsmagazine, predecessor of the Trumpet, warned as far back as the 1950s that America needed to make major changes if it is to win another war. “[U]nless or until the United States as a whole repents and returns to what has become a hollow slogan on its dollars: ‘In God we trust,’ the United States of America has won its last war!”

At an event in Vienna, Austria, attended by 10,000 Christians from 45 countries, a popular gospel preacher, a Catholic archbishop and a chancellor on break joined forces to reunite Europe’s Christians.

Pastor Ben Fitzgerald, Vienna’s Cardinal Christoph Schönborn and former Austrian Chancellor Sebastian Kurz delivered keynote speeches. But before Kurz delivered his, something unusual (for Austrian standards) occurred: Fitzgerald called Kurz on stage and invited the audience to raise their hands in prayer for him.

Kurz is currently on a tour through Austria gathering support for the September national election. Most of the support he is rallying is from Europe’s Christians.

Christianity, specifically Roman Catholicism, is prophesied to play a significant role in end-time events in Europe.

The European Union promoted its data privacy rules to nations attending a G-20 meeting over the weekend in Japan on June 8 and 9.

At the meeting, EU delegates led the push for greater taxes on companies like Google, Amazon, Facebook and Apple, which they noted are profiting greatly from the large EU market. The G-20 agreed on this course of action. The EU will also pursue stricter regulations on cryptocurrencies like bitcoin.

The EU has become the world’s leader in setting global rules for digital privacy. Now it intends to export those rules, pushing them upon more nations by including them in trade deals. The final outcome is prophesied in the Bible, as Trumpet editor in chief Gerald Flurry explained in his article “Germany Is Taking Control of the Internet.”

Less than two years after the violent video game Fortnite was launched, it has already made a global impact. According to a report released by the National Research Group earlier this month, the average player now spends more time on Fortnite than on Facebook, Instagram, Netflix or YouTube.

The World Health Organization added “gaming disorder” to its International Classification of Diseases. The disorder is described as “a pattern of persistent or recurrent gaming behavior, which may be online or offline, manifested by impaired control over gaming, increasing priority given to gaming to the extent that gaming takes precedence over other life interests and daily activities, and continuation or escalation of gaming despite the occurrence of negative consequences.”

Educate yourself and discipline yourself to ensure you and your loved ones avoid such needless suffering and “diseases.”