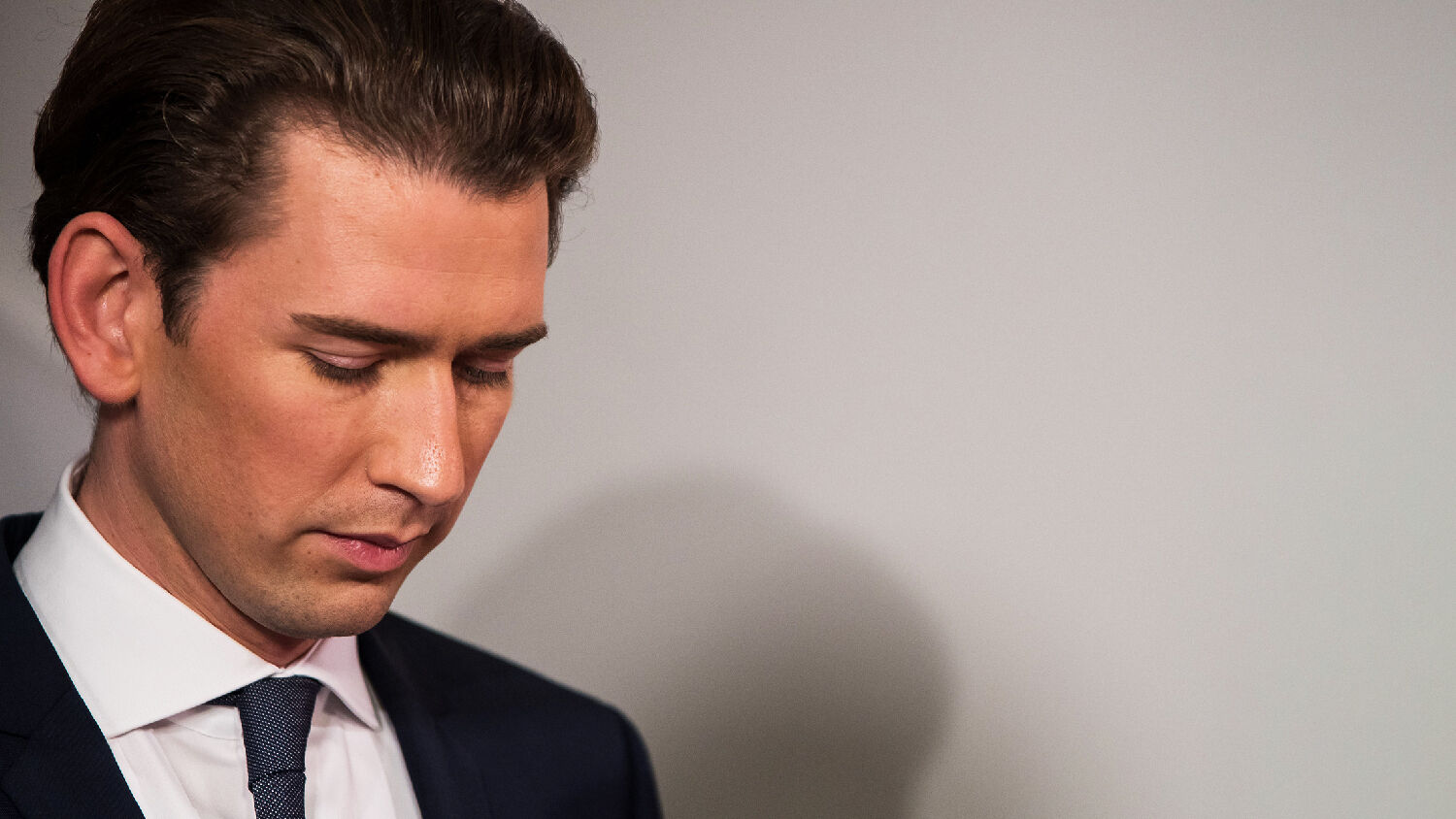 Sebastian Kurz is rallying Europe’s Christians behind him.

A popular Australian gospel preacher, a chancellor on break, and a Catholic archbishop joined forces to reunite Europe’s Christians. The organization, Awakening Europe—A Spiritual Renewal of Europe in Christ, visited the City Hall of Vienna, Austria, from June 13 to 16. Ten thousand Christians attended the event, where they were treated with keynote speeches from former Austrian Chancellor Sebastian Kurz and Vienna’s Cardinal Christoph Schönborn.

But before Kurz delivered his keynote speech, something unusual (for Austrian standards) occurred: Ben Fitzgerald, leader and founder of Awakening Europe, called Kurz on stage and invited the audience to raise their hands in prayer for him.

“Father, we thank you so much for this man,” he said in prayer. “For the wisdom you gave him. For the heart you gave him for your people. We pray and know that righteousness exalts a nation but that sin reproaches a nation. We pray that you give him righteous leadership, great wisdom and great protection.” The crowed cheered for the prayer, and Fitzgerald closed it with “Amen.”

Kurz is currently on a tour through Austria gathering support for the September national election. While such public prayers for politicians are rather common in the United States, they are viewed negatively in Europe.

Critics, such as Viennese pastoral theologian Johann Pock, are alarmed by Kurz’s affiliation with Fitzgerald. Pock warned on feinschwarz.net that the organization is practicing an almost cult-like “salvation exclusivism.” The organization plans to reunite the churches in Europe to enforce God’s plan for their nations. Pock sees “a sinister combination of ecclesiastical and political claims” in this effort (Trumpet translation throughout).

In his speech, Kurz made no references to Awakening Europe’s goals but merely thanked the attending 10,000 Christians from 45 countries “for their commitment to society.” The work of every individual brings cohesiveness to a society “in which faith plays a main part,” he said.

The attendance of Archbishop Schönborn added to the credibility of the Awakening Europe movement, which is popular among young Catholics, Protestants and Evangelicals. Austrian newspaper Der Standard commented: “Awakening wants to ‘recapture Europe.’ The cardinal obviously expects something of the convincing power of this movement.”

At the event, Schönborn prayed for the unity of all Christians, “[s]o that we can listen to each other and learn from each other what it means to be a Christian today,” he said, quoting Pope Emeritus Benedict xvi.

Schönborn also emphasized the need for Christian unity by saying, “If Mohammed would have seen that the Christians were one, then the world, and also Mohammed, would have believed that Jesus is the Son of God.”

In other words, because of the division of Christians centuries ago, the world’s conversion to Christianity failed. But Schönborn believes that there is still hope to change this today. Both Fitzgerald and Schönborn have placed their hope in Kurz.

There is a good reason, however, why many have criticized Kurz’s and Schönborn’s attendance at the event.

Austrian leaders of the Habsburg dynasty closely cooperated with the Roman Catholic Church in the 15th and 16th centuries. Together, they fought for Christian unity. This cooperation, however, caused the death of millions who died in persecution, inquisitions and the Thirty Years’ War. The fight for Christian unity hasn’t been peaceful. Every time the Catholic Church joined forces with European leaders, religious wars, crusades and inquisitions followed.

Few today remember this history. Far fewer know or accept that this history is prophesied to repeat itself. Revelation 17:1-2 reveal the Catholic Church has “committed fornication” with “the kings of the earth.” Symbolized by a woman in the Bible, this church is pictured riding the beast—the European empire: “And the angel said unto me, Wherefore didst thou marvel? I will tell thee the mystery of the woman, and of the beast that carrieth her, which hath the seven heads and ten horns. … And the ten horns which thou sawest are ten kings, which have received no kingdom as yet; but receive power as kings one hour with the beast” (verses 7, 12).

The seven heads of the beast are symbolic for the seven times this beast would rise to power and afflict the Earth. Six of these church-state powers have already risen. Request a free copy of The Holy Roman Empire in Prophecy to learn about this history and the corresponding prophecies. The prophesied 10 kings of Revelation 17 are part of the final resurrection of this empire.

Trumpet editor in chief Gerald Flurry wrote in May 2007, “Indeed, biblical prophecy indicates that full unity will not be achieved purely voluntarily. At a certain point, the mother church will abandon its efforts to woo her daughters back by flatteries and instead revert to the age-old method of preserving ‘Christian’ unity by exerting physical force.”

Due to these prophecies, the Trumpet has forecast for decades that European leaders will cooperate with the Catholic Church to reunite the Christian churches under the authority of the pope. Kurz and Schönborn’s joint appearance is leading to the fulfillment of this prophecy.

Many Christians may be sincere in their belief that leaders like Kurz can save Christian Europe. But this belief is dangerously misled. Jesus Christ prophesied that the world will not be saved until He returns to Earth to set up His Father’s Kingdom. For our day, He prophesied of the coming “great tribulation,” in which no one should “be saved: but for the elect’s sake those days shall be shortened” (Matthew 24:22-23). The Bible also prophesies that “false Christs and false prophets” would arise prior to the return of Jesus Christ. These false ministers will deceive many, but not God’s “very elect.”

Christ prophesied of all these events to give His disciples hope. He told them, “Watch therefore: for ye know not what hour your Lord doth come” (verse 42). Christ foretold these events so that those hearing the message would repent before, or while, these events take place. You can be among those who are watching and take great hope in Christ’s return to Earth.

Request your free copies of A Pivotal Sign of the End Time and Daniel Unlocks Revelation, by Gerald Flurry, to learn more about God’s master plan to save mankind and why the Great Tribulation will precede the coming utopia.