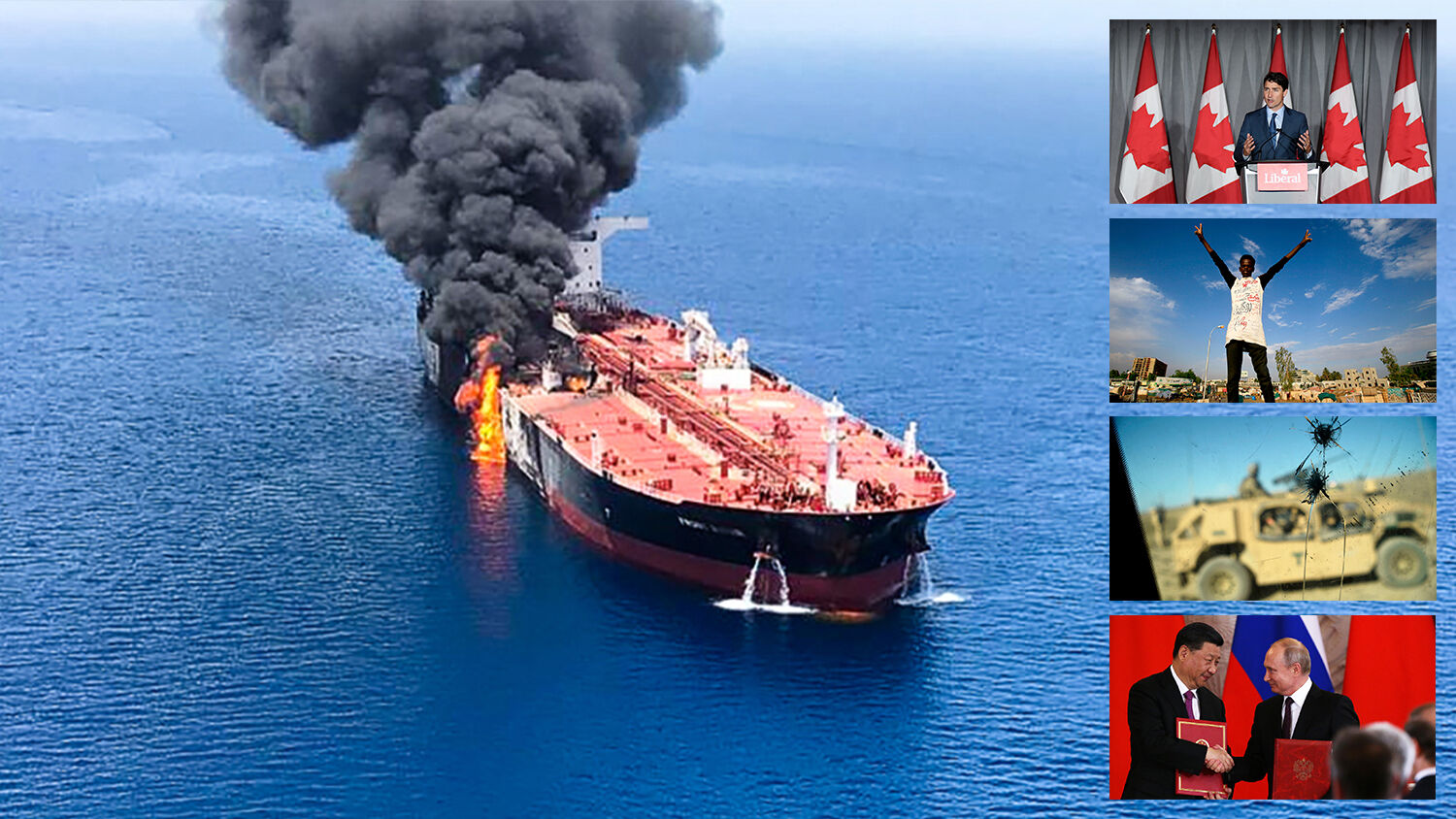 Tankers on Fire in the Gulf of Oman

Just after sunrise on June 13, a Japanese-flagged vessel enroute from Saudi Arabia to Singapore, was struck by an explosive device, most likely a magnetic mine that attached to side of the ship. The resultant fire in the engine room caused the crew to abandon ship. Shortly thereafter, a Norwegian-owned tanker bound for Taiwan from the United Arab Emirates reported that it too had suffered an explosion.

While no terror entity has claimed responsibility for the attack, the United States blames Iran. And the evidence is quite compelling.

The Bible shows that if the frequency and magnitude of these attacks increases, they will have severe economic, political and military ramifications globally.

Anti-government protests in Sudan didn’t end when the military toppled the 30-year dictatorship of President Omar al-Bashir. During the latest protests, multiple reports have implicated Sudan’s security forces in horrific atrocities against civilian protesters: using rape as a weapon, burning protesters in their sit-in tents, tying weights around people and drowning them in the Nile, shooting protesters to either maim or kill.

The future of the protest in Sudan will likely be predicated on this chant: “Either victory or Egypt.”

The Islamic State is growing more powerful in northeastern Afghanistan, according to locally based American intelligence officials, the Associated Press reported on June 10.

“The bad news is their acquisition of key terrain, height concealment, where they can have easy access to money, weapons, equipment … and from where they can plan, train, stage, facilitate and expedite attacks,” an American intelligence official stationed in the area told AP.

The good news, says the Bible, is that God remains in control of what happens in this world. For the sake of His plan, He prevents certain events from happening, and He allows others to happen. These developments are a harbinger of the time when God will ultimately put a permanent stop to Islamic terrorism—and every other form of oppression.

Russia and China’s relationship entered a new era following a June 5-7 summit between Russian President Vladimir Putin and Chinese President Xi Jinping. The pair upgraded their relationship to a “comprehensive strategic partnership of coordination” during Xi’s three-day visit to Moscow that coincided with the 70th anniversary of relations between the two countries.

The events of the visit stood starkly against the backdrop of the U.S.-China trade war.

With Russia’s help, China can endure its trade war with the U.S. much longer than it could otherwise.

Russia and China’s treasured friendship is just the beginning of the fulfillment of a specific end-time prophecy. Their close relationship was prophesied, and it will only lead to much greater cooperation.

Canada’s auditor general has revealed that his department, which performs audit reviews of Prime Minister Justin Trudeau’s liberal government performance, has not received proper levels of funding to fulfill its mandate and, consequently, must now cut the number of audits it is performing.

The lack of funds effectively blocks the auditor general’s ability to audit, to hold to account the internal financial programs of the Trudeau government, and to make sure the government is properly following the rule of law. It also prevents ordinary Canadians from getting an inside look into how their taxes are being spent. It prevents the auditor general from finding any misdeeds.

What does the current liberal government have to hide?

To understand the spirit of lawlessness that has infected Canada’s government and its public and bureaucratic institutions, read the article “Why Justin Trudeau Can’t Afford to Be Audited.” Then request free copies of America Under Attack and Great Again. These two booklets not only explain what you are seeing today in Canada, but why you are seeing it. These two booklets also explain what these trends in Canada mean for the future.