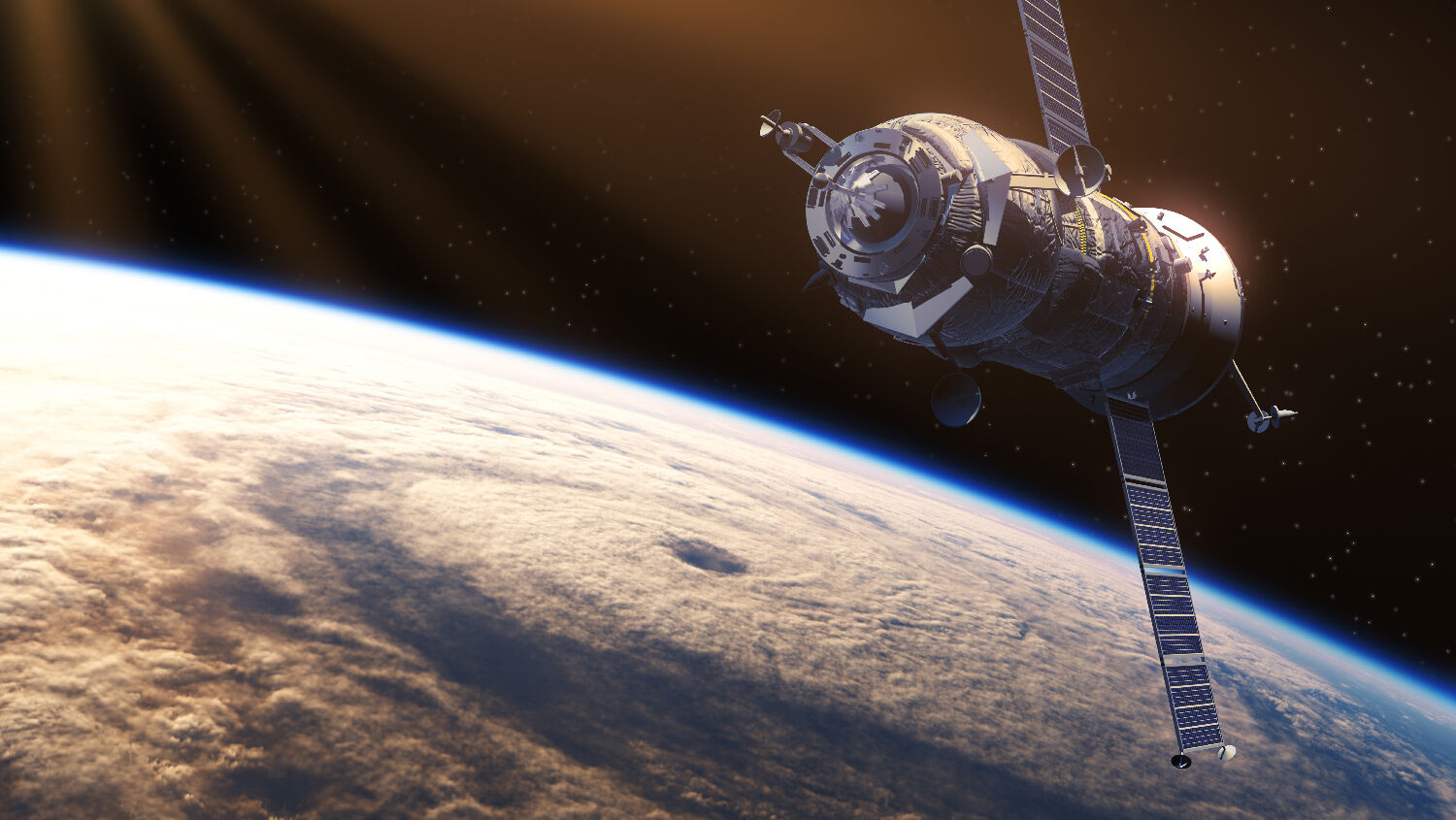 Most notably featured in the article is a satellite photo of a directed energy weapons (d.e.w.) facility in China’s northwestern province of Xinjiang. Colonel Bhat, a satellite imagery analyst, explained the significance of these futuristic weapons.

The d.e.w. facility in Xinjiang houses several buildings with sliding roofs, underneath which are “laser guns.” Supplied with data from satellite-tracking facilities, Bhat wrote that these d.e.w.s can be “used individually or in conjunction with each other, depending on the effect desired on the target satellite—it can be dazzled, disabled or destroyed by high energy lasers from these ground-located d.e.w.s.”

Although this destructive laser technology is still largely experimental, Colonel Bhat’s assessment corroborates a report released by the United States’ Defense Intelligence Agency in February 2019. The report states, “China likely is pursuing laser weapons to disrupt, degrade or damage satellites and their sensors and possibly already has a limited capability to employ laser systems against satellite sensors.”

The report goes on to say, “China likely will field a ground-based laser weapon that can counter low-orbit, space-based sensors by 2020, and by the mid-to-late 2020s, it may field higher power systems that extend the threat to the structures of non-optical satellites.” If China’s d.e.w. systems in Xinjiang are already operational, they are ahead of schedule.

In 2007, China knocked out a weather satellite more than 500 miles above the Earth’s surface with a multistage missile, proving its ability to destroy satellites in low orbit. In 2013, China demonstrated an expanded range of almost 20,000 miles using a direct ascent missile.

China is among only a few nations (others are the United States, Russia and, most recently, India) capable of targeting satellites with anti-satellite missiles.

These weapons are quite costly. The research and development of anti-satellite d.e.w. technology on the other hand, while expensive in and of itself, would provide the Chinese military with “free ammo” to destroy or damage enemy satellites (barring of course the cost of energy required to operate such a weapon).

In addition to the cost benefit, d.e.w.s can interfere with satellites without being as perceptively bold, or even as traceable as missiles. An article by Lee Billings in the Scientific American titled “Are We on the Cusp of War—In Space?”, stated, “An enemy could provocatively blow up our satellites with missiles, but officials and technology also must prepare for more subtle and devious disabling tactics that appear innocuous at first glance. … Lasers, too, could be used to temporarily cripple or permanently damage a satellite’s components, particularly its delicate sensors.”

The Center for Strategic and International Studies (csis) released a Space Threat Assessment in April 2018. The assessment stated, “Non-kinetic counterspace weapons, such as lasers, high-powered microwaves, and electromagnetic pulse weapons, can have physical effects on satellites and ground stations without making physical contact. These attacks operate at the speed of light and in some cases, can be less visible to third-party observers and more difficult to attribute.”

India has taken notice of China’s new technology, and so should the rest of the world! China’s growing power is a trend that the Trumpet watches closely, because it is tied to “the kings of the east” alliance prophesied in Revelation 16:12.

In his 2014 article “Vladimir Putin Is the Prophesied Prince of Rosh,” Trumpet editor in chief Gerald Flurry examined what the Bible says about this Asian alliance. He wrote:

Back around a.d. 90, the Apostle John recorded an amazing prophecy: “And the number of the army of the horsemen were two hundred thousand thousand: and I heard the number of them” (Revelation 9:16). That means an army of 200 million men! That is more people than were alive in the world when that prophecy was recorded. This is an end-time prophecy that we are certain to see fulfilled very soon.

A prophecy in Ezekiel 38 gives us some of these important details. “And the word of the Lord came unto me, saying, Son of man, set thy face against Gog, the land of Magog ….”

Scholars generally agree that “Gog” is Russia, and that “the land of Magog” includes China.

China’s advanced anti-satellite technology and immense population will be instrumental in augmenting the power of these kings of the east and contributing to that unimaginable army of 200 million men.

Our article “The Great ‘Mart of Nations’” explains that China and the other kings of the east will be temporarily allied with the nations of Europe that make up the king of the north. This alliance will be directed primarily against America.

Isaiah 59 shows that part of this besiegement of the United States could include attacks on our military satellites! “Therefore is judgment far from us, neither doth justice overtake us: we wait for light, but behold obscurity; for brightness, but we walk in darkness. We grope for the wall like the blind, and we grope as if we had no eyes: we stumble at noonday as in the night; we are in desolate places as dead men” (Isaiah 59:9-10).

In his recent article concerning India’s successful satellite attack, Trumpet writer Jeremiah Jacques drew attention to this same prophecy: “This is true in a spiritual sense. It is clear today that the U.S. is in spiritual blindness. And the vision that is absent in this prophecy could also include physical types, including that provided by America’s satellites.”

The csis assessment of threats to America’s military space infrastructure referred to a 2006 incident when American imagery satellites were illuminated by Chinese lasers. The report states that while these lasers were not meant to damage the satellites, “[the] incident demonstrates that China has much of the technology necessary to field an operational capability to dazzle or blind a satellite; and experts believe China will continue to work on developing efficient and accurate high-powered laser systems. As one China expert explained, ‘there are no serious fundamental barriers to China eventually obtaining an effective directed energy weapon system … the only fundamental barrier to learning these abstract elements and achieving a practical weapon capability is effort—time, will and money.’”

Mr. Flurry has identified America’s military reliance on computer technology—of which satellites are an important part—as the nation’s “Achilles’ heel.” As powerful as the U.S. military is, if its satellites were to be disabled or destroyed, it would truly become “blind … stumbl[ing] at noon day as in the night.” Navigation systems would fail, precise guided missiles would be left aimless, and long-distance communication would be severely hampered.

China’s anti-satellite capability might be directed at America first, but that won’t be its only target. China’s alliance with Europe is fragile. The Bible makes clear that after America, Britain and Israel fall to Europe, the latter will turn on the kings of the east in a preemptive attack. The East will then counterstrike and deal Europe a devastating blow (Daniel 11:44-45; Jeremiah 50:14-15, 41-42; Revelation 18:5-6).

To more fully understand the Bible’s prophecies about China and its Asian allies, read our free booklet Russia and China in Prophecy.