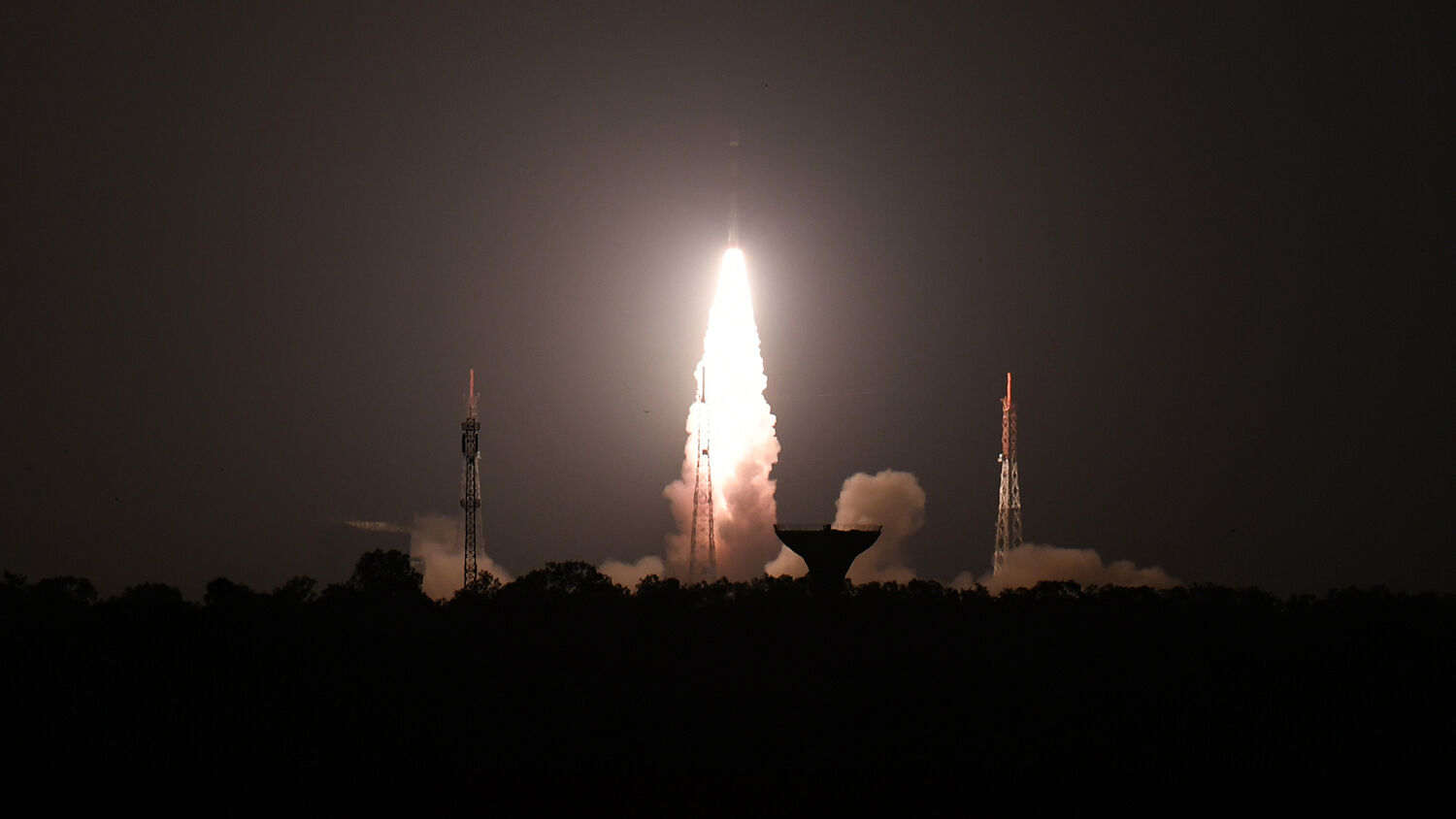 Does the United States have reason to fear India’s newly demonstrated anti-satellite capability?

“Today, India has established itself as a space power,” Prime Minister Narendra Modi said in a televised address after the strike. He said the missile only took three minutes to climb some 190 miles and hit its target, which is believed to have been an obsolete Indian satellite.

In his address, Modi reassured the international community that “India has no intention to threaten anyone.” But the purpose of anti-satellite missiles is to destroy or incapacitate other nation’s satellites for military purposes, and India has proved that it now has this capacity.

This places India in an elite group of nations capable of this type of space warfare. Only the United States, Russia and China had previously demonstrated the ability to shoot down satellites in orbit.

And the implications of a war on satellites erupting are momentous.

At about 190 miles from the surface, the satellite that India destroyed was in a zone considered to be “low-Earth orbit.” This zone spans from 100 miles to about 1,240 miles above the planet’s surface. More than 1,200 satellites currently operate within this zone, including many used by the U.S. military and those used by America’s Orbcomm, Iridium and Globalstar systems.

Steve Lambakis, an international affairs analyst specializing in space power, wrote last year about the vulnerability of such satellites: “U.S. space systems are among the most fragile and vulnerable assets operated by the U.S. military. … This vulnerable communications and data collection, processing and distribution infrastructure is worth billions of dollars and is vital to nearly every activity of the United States and, increasingly, the armed forces of U.S. allies.”

India’s successful launch further exposes the fragility and vulnerability of these orbiting assets that America depends on so heavily. But would India ever target the U.S. with its anti-satellite weaponry?

Bloomberg noted that India’s demonstration was intended mainly as a message to two of India’s neighbors: “The move … sends a stark message to India’s nuclear-armed rivals, China and Pakistan, and changes Asia’s strategic calculus by proving India has the ability to knock out enemy satellites.”

It is true that India’s hostilities with China and Pakistan are its primary motivation at present for increasing its military strength. But Bible prophecy shows that, in the third world war that is just over the horizon, India will align with China under Russia’s leadership, and that Pakistan will likely be aligned with that bloc as well.

In the Trumpet’s September 2014 issue, editor in chief Gerald Flurry explained numerous details about this future Asian force. He pointed to Revelation 16:12, which calls this conglomerate “the kings of the east” and to Revelation 9:16, which shows that it will field an army of an unheard-of 200 million soldiers. These verses, Mr. Flurry wrote, are evidence that this Asian bloc will “include the combined forces from several Asian nations.”

He then examined Ezekiel 38:1-2, which say that Russia—and its president, Vladimir Putin—will be at the head of the group. Mr. Flurry then showed how other nations, including India and Pakistan, fit into the picture, writing:

Ezekiel’s prophecy says the Russia-led army will include “Persia, Ethiopia, and Libya … Gomer, and all his bands; the house of Togarmah of the north quarters, and all his bands: and many people” (Ezekiel 38:5-6). Gomer refers to Japan, which wields some of the world’s most advanced weaponry and technology. Ethiopia and Libya should be translated “Cush” and “Phut.” Though some of Cush and Phut migrated to African nations, the rest settled in parts of India. The context of this passage shows that it refers to modern-day Indians (and perhaps Pakistanis) rather than Africans. … Russia, China, India and Pakistan all have nuclear bombs. The Pakistanis will probably be allied with Gog, and India almost certainly will.

India has a population of 1.2 billion people—plus an advanced nuclear arsenal! When you put India and Japan together with Russia and China, it is easy to see how an army of 200 million soldiers could be formed. With other Asian nations joining in, you quickly reach combined populations of 2.5 to 4 billion people! Under extreme circumstances like those described in these end-time prophecies, it is not hard to imagine 1 in 10 or 20 people going to war.

So regardless of current motivations and tensions between India and its Asian neighbors, its new anti-satellite capability will eventually be a part of what makes this future “kings of the east” conglomerate such a powerful force. And the scriptures show that the main “kings of the east” nations will briefly work with the nations of Europe to economically besiege the U.S. and some of its allies.

Isaiah 23 contains details about those anti-American efforts. Isaiah 59 provides more information about this future time of chaos. In verses 9 and 10, the people of America are shown to be stripped of vision: “[W]e wait for light, but behold obscurity; [we wait] for brightness, but we walk in darkness. We grope for the wall like the blind, and we grope as if we had no eyes: we stumble at noon day as in the night ….”

This is true in a spiritual sense. It is clear today that the U.S. is in spiritual blindness. And the vision that is absent in this prophecy could also include physical types, including that provided by America’s satellites. Trumpet writer Richard Palmer wrote in our February 2016 issue that destroying U.S. satellites would strip its military of vision: “Take away these space systems, and American commanders become blind, deaf and dumb.”

The Bible makes clear that the cooperation between the Asians and the Europeans will not last long. Mr. Flurry’s article continued: “God is going to use this colossal Asian force to confront the military of united German-led Europe ….”

Although these developments mean that mankind will soon experience the most widespread suffering in history, they also mean that world peace is coming soon. Mr. Flurry wrote: “This immense war between European and Asian forces will end in the return of Jesus Christ!”

To understand the perils of Asia’s increasing military might, the prophecies that will be fulfilled by the trends now underway, and the hope-saturated age they will culminate in, read Mr. Flurry’s full article: “Vladimir Putin Is the Prophesied Prince of Russia.”