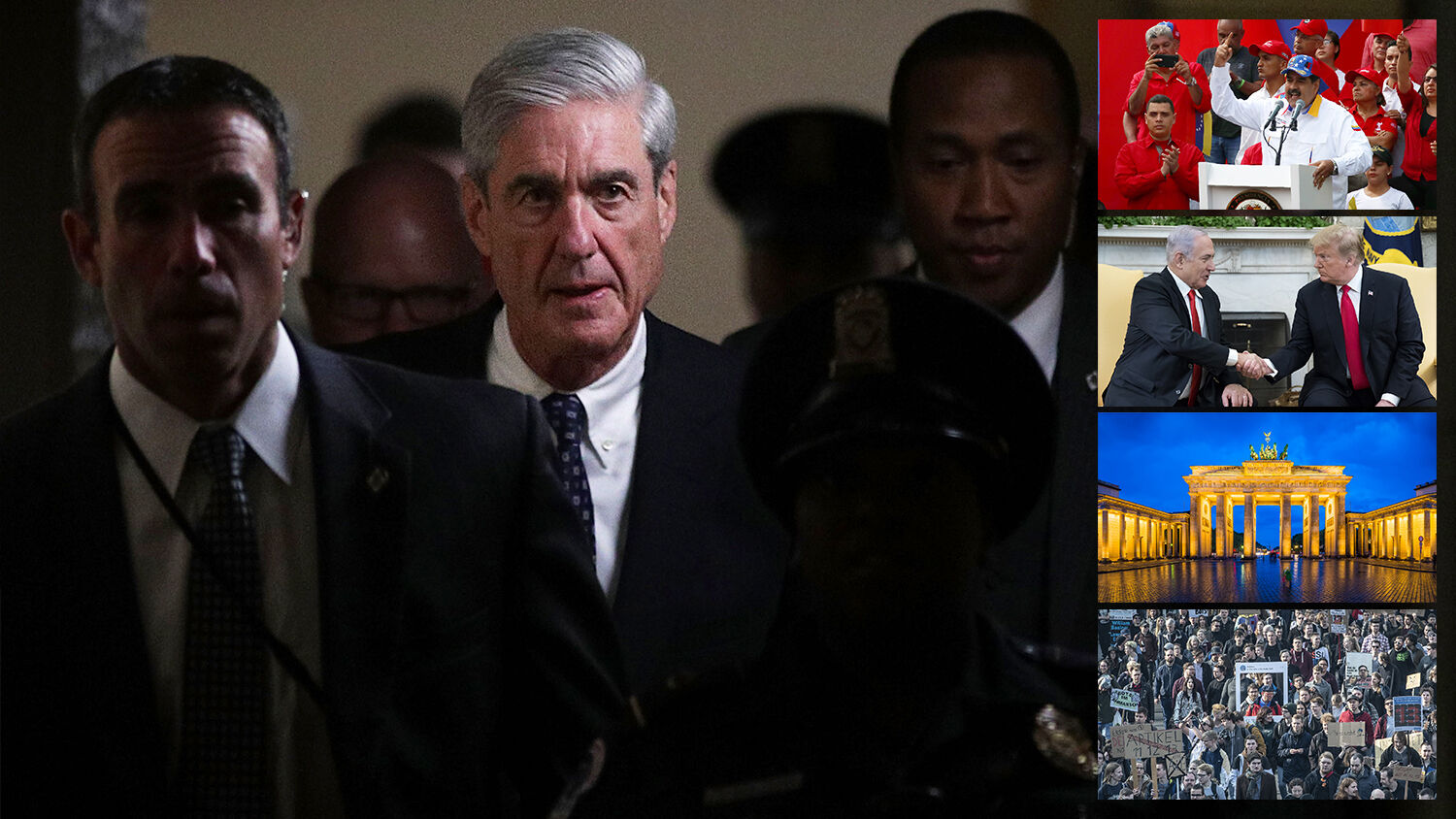 The collusion delusion, Russian troops in Venezuela, the Golan Heights and more

A torturous 22 months of investigating United States President Donald Trump and nearly everyone associated with his 2016 presidential campaign ended on March 22 when Department of Justice Special Counsel Robert Mueller iii submitted his long-awaited report to the attorney general’s office.

The report confirmed, 28 months after the fact: Donald Trump’s winning the 2016 election by secretly conspiring with Russian operatives was an elaborate hoax. Read “The Collusion Con” and listen to “Now That the Mueller Probe Is Over, Will the Real Traitors Be Held to Account?” to understand why the Mueller investigation has been so revealing.

The move could prevent any external intervention by the U.S. or other powers and embolden the regime of Venezuelan President Nicolás Maduro to unleash a full-blown onslaught against his opposition.

For the people of Venezuela, Russia’s deployment of troops means the economic turmoil, humanitarian crisis, violence, looting and suffering will continue.

For the U.S., this will not remain just another far-away calamity: It means America’s backyard is becoming a staging ground for a future besiegement on the country prophesied in the Bible.

United States President Donald Trump officially endorsed Israeli sovereignty over the Golan Heights, breaking with decades of American precedent, which sought to preserve the status quo, whereby the territory that Israel won from Syria in the 1967 Six-Day War was currently occupied by Israel, pending a final settlement to be agreed upon by the two nations.

Why now? And was his unilateral declaration part of the deal of the century?

The Pew Research survey recently polled residents of 10 European nations: Poland, Spain, Germany, the Netherlands, France, Sweden, Italy, Hungary, the United Kingdom and Greece. It covered a variety of topics, such as how Europeans see the European Union, how they perceive immigration, and whether or not they are financially better off as a result.

The poll results, published March 19, showed, among other things, that many Europeans see Germany as a more important player on the world scene than it was 10 years ago. It also showed that at the same time, many are anxious about the future of the economy.

There is a vital connection between these two findings—a connection that we must understand.

After months of talks, votes, consolations, protests and petitions, the European Union finally passed one of its most controversial pieces of legislation in its history: its new Copyright Directive.

This directive is the EU’s largest ever attack on a free and open Internet.

The EU’s efforts to regulate the world ties in with a key, and famous, Bible prophecy in Revelation 13.