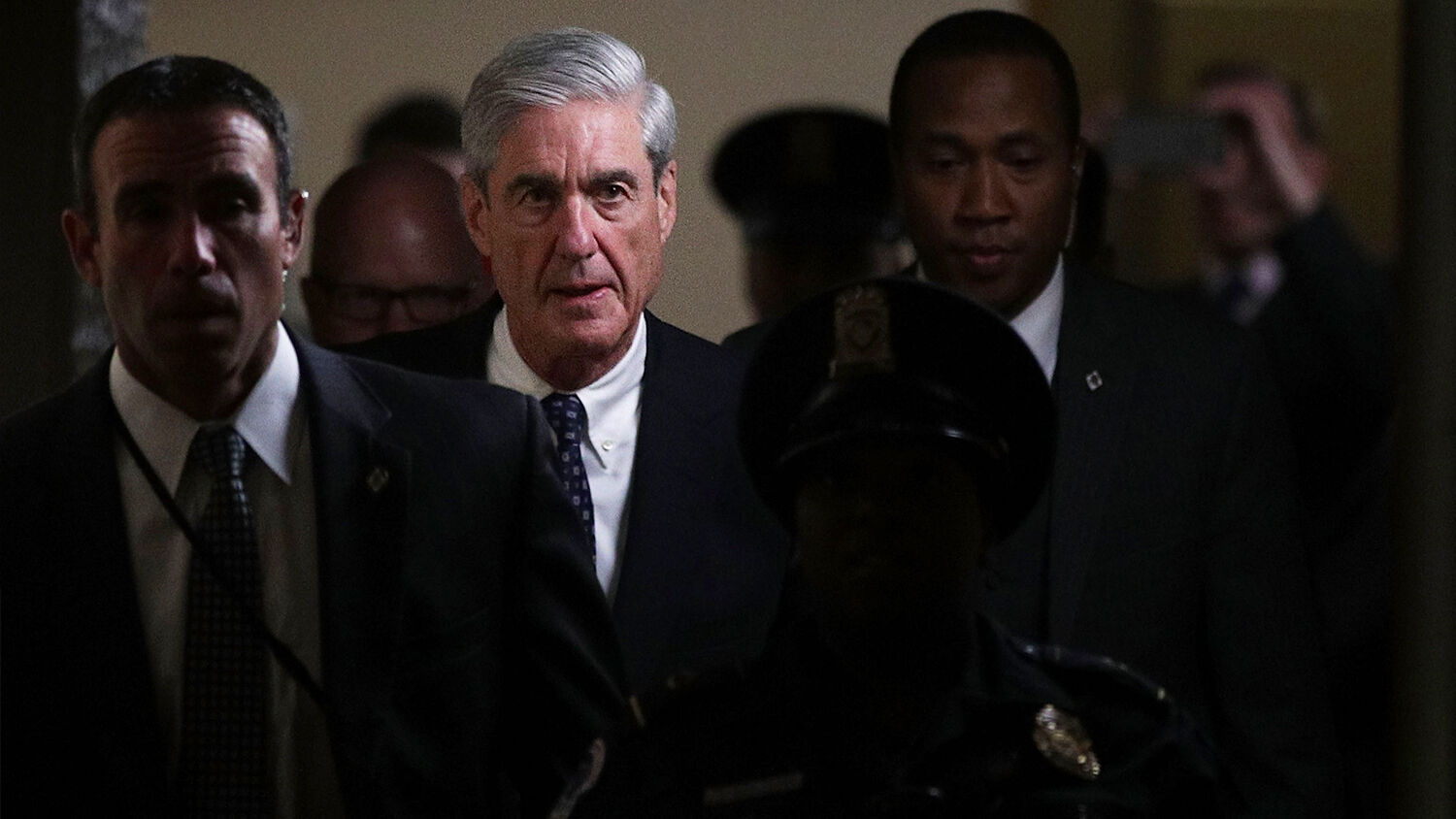 Special Counsel Robert Mueller leaves after a closed meeting with members of the Senate Judiciary Committee on June 21, 2017, at the Capitol in Washington, D.C.
Getty Images

It’s now confirmed, 28 months after the fact: Donald Trump’s winning the 2016 election by secretly conspiring with Russian operatives was an elaborate hoax. It was invented by the Department of Justice and the fbi at the end of the Obama presidency for the sole purpose of destroying a political enemy.

On Friday, Department of Justice Special Counsel Robert Mueller iii submitted his long-awaited report to the attorney general’s office, ending a torturous 22 months of investigating Donald Trump and nearly everyone associated with his 2016 presidential campaign. For two years, Democrats, Never-Trumpers and their all-too-overeager allies in the mainstream media reminded us every day that the Trump campaign conspired with the Russian government to rig the election. The Mueller probe, they assured us, would prove every one of these slanderous accusations: from high crimes and misdemeanors to outright treason. Donald Trump, his children and their advisers were all going to prison, probably for life, for conspiring with Russian President Vladimir Putin.

American taxpayers funded every penny of this sham investigation, estimated at $25 to $40 million. According to Attorney General William Barr’s summary of the report, Mueller employed 19 prosecutors and was assisted by 40 fbi agents. The special counsel issued more than 2,800 subpoenas, executed 500 search warrants, interviewed 500 witnesses, collected 230 requests for communication records, and submitted 13 requests for evidence to foreign governments.

After all that, according to the report, “the investigation did not establish that members of the Trump campaign conspired or coordinated with the Russian government in its election interference activities” (emphasis added throughout). In other words, not one, single American was indicted or convicted for conspiring with the Russian government to influence the 2016 election.

The media reaction to this revelation has been astounding. They are not happy or even relieved to know that the Trump team did not conspire with Russia to compromise the American election process. They are instead furious that Mueller didn’t take down Donald Trump!

They haven’t even read the full report (it hasn’t been released). But they know President Trump is guilty. And they are all competing to be the ones with the most anti-Trump reaction to the news that he and his team have been cleared.

They are displaying to the world that they are impervious to facts. The evidence does not matter if it differs from their opinions.

“How can they let Trump off the hook?” one commentator mournfully asked on Friday night. Another said, “I don’t need the Mueller report to know he’s a traitor—I have a tv.” Yet another said he was still convinced that Mr. Trump is Benedict Arnold, the infamous Revolutionary War defector. One Democratic presidential candidate says he knows “beyond a shadow of doubt” that Trump colluded with Russia. Another Democrat in the House of Representatives is now calling for Robert Mueller to be subpoenaed!

These people should be hanging their heads in shame. Instead, they simply turn their eyes and ears away from truth and carry on with this disgraceful con job. There are plenty of other investigations still pending, one commentator gleefully noted over the weekend.

They won’t stop until they get rid of Donald Trump because, well, he’s Donald Trump. They hate the fact that he defeated them. They hate him. But most importantly, they hate those who support him.

This was Democratic Rep. Jerrold Nadler’s response to the Mueller disappointment: “The special prosecutor is limited in scope; his job was limited in scope and limited to crimes. What Congress has to do is look at a broader picture.” Never mind crimes! The Democrats in Congress have so much more they can “investigate” in order to, at the very least, bog down and oppose President Trump and his policies.

So they will do everything in their power to continue the con. But the truth is there for those who have eyes to see.

On my radio program earlier today, I had a lot to say about the Mueller probe and the Russian collusion hoax. At this milestone moment in this crucial presidency, I really encourage you to have a listen:

Haven’t you wondered why Donald Trump has been so resilient, to say the least? People considered him a novelty. He ran for president of the United States. People said his candidacy was a joke. He won the nomination. People poured on the hate. He won the election. Democrats, journalists, commentators, celebrities, former friends and associates, more than a few Republicans, and even powerful people inside his own government have all tried to, at least, slow him down and, at most, impeach him (or perhaps goad someone into killing him).

Not only does he retain the presidency, but he gets things done: reforming taxes, confirming a record number of circuit judges, withdrawing from the Iran nuclear deal and the Paris climate accords, moving the U.S. embassy to Jerusalem, recognizing the Golan Heights, increasing border security, reducing regulations, renegotiating trade deals, making businesses optimistic, and helping the U.S. economy surge.

Not only does he retain the presidency and get things done, but the more his enemies work to destroy him, the worse things go for them. About half the country opposed him, and I’d say about 90 percent of the elites hate him. President Barack Obama’s administration doubled down on its opposition to him by stacking the powerful Department of Justice with agents who would try to undermine and end the Trump presidency. Yet as my father showed in “Nunes Memo Exposes Unseen Threat to America,” the scheming, collusion and deceit that the former president and other radical liberals aimed at destroying President Trump backfired, and the world discovered much of that corruption. Their attack damaged them more than it damaged Mr. Trump. How does that happen? Why does it keep happening?

They doubled down further by launching the Mueller investigation. They devoted a huge amount of executive, legislative, media and cultural power to it. Now, rather than meaningfully damaging the president, they have again damaged themselves. Yet even with the humiliation so fresh, they have little choice but to double down even further in their opposition. (Backing off now, in the face of the facts, would mean admitting they were wrong and, in most cases, admitting that they tried to influence people in a biased if not deceitful way.) They’re probably working right now on their latest, most creative, most vicious insults to voice on television in the competition to show that they are the celebrity, politician or journalist who possesses the most rage toward President Trump. But by now they probably have a sinking feeling that their best isn’t good enough. Something is powering this president that they haven’t been able to stop.

How can a man facing such enormous enmity still succeed?

This presidency has been used to temporarily save the nation, but the savior is not Mr. Trump. God Himself has used this presidency to keep this nation from falling. What is powering the president is not his own strength, personality, allies or anything else. My father spoke and wrote about the real reason for the president’s success about a year ago. I encourage you to read it: “Saving America From the Radical Left—Temporarily.”