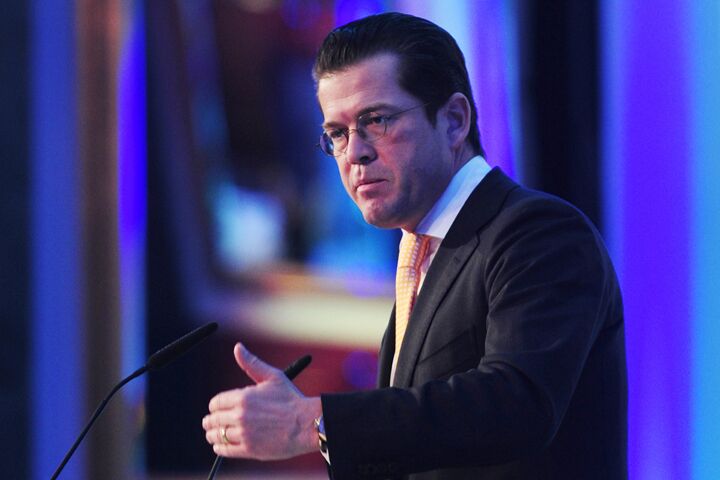 German troops are back in France.

German Defense Minister Karl-Theodor zu Guttenberg argued for greater European military cooperation on December 9 as he met with other European defense ministers in Brussels. The next day he celebrated the first deployment of German troops to France since World War ii.

“The commitment to European defense must be more than just lip service,” wrote Guttenberg in an article in the Frankfurter Allgemeine Zeitung, published on December 9. “By intensifying our military cooperation, we will all benefit in the end.”

European armed forces could have a “sharing of roles and duties,” he wrote.

Guttenberg worked with Swedish Defense Minister Sten Tolgfors to present EU defense ministers with a plan to streamline Europe’s militaries as nations cut their defense budgets. The “scarcity of resources in all nations,” wrote Guttenberg, means that nations need to pool their military equipment.

Guttenberg suggested that research, development, training, maintenance and repairs were some of the areas in which nations could work together.

A lot of politicians have talked about integrating Europe’s militaries, but often it has proved to be just “lip service,” as Guttenberg alluded to. In the short time Guttenberg has been German defense minister, however, he has begun a complete revolution of the German military. His advocating European military cooperation could well achieve significant results.

Guttenberg’s contribution to European military union has in fact already been more than lip service. On December 10, he joined his French counterpart, Alain Juppé, at a ceremony marking the first deployment of German troops to France since World War ii. (For more on this, see our recent column “Europe Is No Pansy!”)

A battalion of German troops will be stationed in Alsace, in Eastern France, as part of a joint Franco-German brigade. The deployment comes after German Chancellor Angela Merkel and French President Nicolas Sarkozy agreed to the deployment last year. The German soldiers began arriving in April. France has stationed two regiments in Germany under the same arrangement.

“It is an honor for us to receive German soldiers in a peaceful context on the French Republic’s territory,” said Sarkozy at a joint press conference with Merkel. “I was always surprised that the Franco-German Brigade only consisted of French soldiers stationed in Germany.”

The Franco-German Brigade entered service in 1989, and has consisted of 5,400 troops stationed in southwestern Germany.

“German soldiers are today welcome in France,” Merkel said. “For me, that has great symbolism, after all the misdeeds Germany was guilty of during the Nazi era.”

Watch for Guttenberg to continue to push for European military cooperation. If he is as effective at this as he has been at remodeling the German Army, German soldiers will soon be welcome all over Europe.