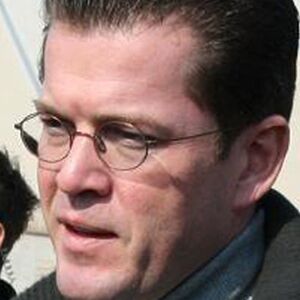 Hard on the heels of his presentation of a number of options to refine Germany’s military force into a high-tech, professional rapid-response machine, Germany’s Defense Minister Karl-Theodor zu Guttenberg has unveiled the latest initiative for the development of a pan-European military.

German-Foreign-Policy.com reported last week that “On Thursday, this year’s Anti-War Day, Berlin’s defense minister together with three of his counterpart colleagues launched a joint military air transport command. The ‘European Air Transport Command’ (eatc) … is to be prepared to conduct future war missions of the German military (Bundeswehr) and other European states in a far more efficient and cost effective way” (September 2; our translation).

Just what does this mean for Germany, for Europe, and for the rest of the world? It means that the nation that gave the world two global wars in the space of just two decades of the 20th century is gearing for war once again! Read it for yourself: “prepared to conduct future war missions of the German military” (emphasis mine throughout). Notice the German military figures as first priority. “[O]ther European states” tag along, but it is Germany that calls the tune!

So there ought to be no real surprise that the new head of this joint European air command is, you guessed it, a German senior military officer. “The first commander is a major general of the German Air Force (Luftwaffe)” (ibid).

The following phrase reads like it could have been taken right out of one of Herbert Armstrong’s extremely prescient prophetic descriptions of the foreordained future of Germany. It is certainly in line with the detailed prophetic articles penned by the editor in chief of the Trumpet magazine even as it is in very direct alignment with the detailed prophecies in your Bible for the Germany of today.

“The eatc will place in true perspective the politics of war of the EU states and create further steps towards the development of an EU army. The joining together of the EU national military forces serves especially the state that has the most political influence in the EU—Germany” (ibid).

Well, you certainly can’t say we didn’t warn you. For almost 60 years under the administration of Herbert Armstrong, the Plain Truth magazine hammered away at the inevitability of what this past week became a current-day reality!

Now, if you can just grasp that reality, then prepare for the double whammy: “Further on, the military explain, they also want, with the help of eatc, to extend the European influence within nato. With this the intent is to gear against any U.S. reaction to being rivaled by a newly dominant world political rival in Berlin.”

How can we not be tempted to say, “We told you so!”

Isn’t it about time that you really educated yourself in just what is going on in Berlin, for the third time in less than a century? The above quotes are thrown into even starker light when it is realized that they come from German minds that really understand the motive and intent behind these moves by the German Defense Ministry!

Read our booklet Germany and the Holy Roman Empire. Read and come to grips with the reality of today’s Germany, which is about to—once more, finally and for the last time—powerfully affect the social and political order of this planet. Read—watch, pray and prepare! For there is a way to escape the forthcoming devastating effects that this pan-European army will have on the Anglo-Saxon nations. But it is born of a real diligence in heeding Jesus Christ’s command to “Watch ye therefore, and pray always, that ye may be accounted worthy to escape all these things that shall come to pass, and to stand before the Son of man” (Luke 21:36).

If you are one who heeds that command, then you will be looking forward with real anticipation to the grand hope that lies beyond the greatest trial this planet will ever have to endure. For as Jesus Christ Himself prophesied of events such as happened just last week in Berlin, “And when these things begin to come to pass, then look up, and lift up your heads for your redemption draweth nigh” (verse 28).