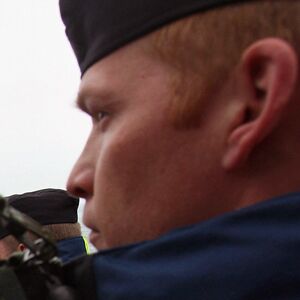 Watching Europe’s defense ministers slash military spending in the name of austerity, one might easily tag Europe, at least militarily, as a pansy.

The purpose of austerity is to restore strength. Cuts to defense spending will have this effect on Europe, economically, but also militarily. Look closely, and it is obvious that the ongoing global financial crisis is giving Europe the opportunity to overhaul the redundant and outdated parts of its military—and construct a military that Bible prophecy poetically identifies as “swifter than the leopards, and … more fierce than the evening wolves.”

“Financial stability is increasingly being regarded as a key security issue in a globalized world,” Elke Hoff, defense policy spokeswoman for Germany’s Free Democrats, stated recently. “Budgetary and security considerations will raise pressure to find a joint defense and security policy.” Call it a side effect of the global financial crisis: In an effort to save billions, European countries are increasingly working together to trim the fat and develop a leaner, more cohesive, more streamlined military!

In fact, this was the central theme of last month’s informal gathering of EU defense ministers in the Belgian city of Ghent. During the meetings, officials proposed that EU countries cut their defense budgets through two methods: First, different countries should specialize in different aspects of defense, and second, in an effort to get better deals, Brussels should work on behalf of member states to procure defense hardware.

French Defense Minister Herve Morin stated in Ghent that unless Europe boosts military cooperation it risks becoming a “pawn” and “protectorate” under the “joint dominion of China and America.” While the rest of the world is rearming, Morin stated, European countries are taking the knife to what are already comparatively small defense budgets. Europe needs to rethink its defense strategy and capabilities, he warned.

Guy Verhofstadt, a member of the European Parliament, was even more explicit: “We have now a diplomatic service, which is very important, but we also need the other instrument—a common European defense,a common European army.” Germany’s defense minister, Karl-Theodor zu Guttenberg, was especially vocal on the need for greater military integration. He even outlined a three-step plan for greater European defense cooperation.

Last week, Stratfor reported on the tension between Europe and America over the issue of defense spending. It noted that “[b]y cutting redundant or obsolete weaponry and programs, Europeans could concentrate on building greater interoperability, pooling resources and furthering specialization to avoid duplication—all efforts that are already encouraged by EU treaties” (October 16; emphasis mine throughout). Notice, increased military cooperation and the streamlining of national militaries into a single entity are encouraged by preexisting EU treaties.

The financial crisis is facilitating a process already ensconced within EU law.

For full impact, we must consider this trend in the context of another critical reality currently unfolding in Europe. Namely, the overhaul of the fundamental security equation that defines the role and scope of Europe’s military. At its core, this transformation revolves around Europe redefining its relationships with two major countries: the United States and Russia.

Since World War ii, and particularly during the Cold War, the security of Western Europe was inextricably linked to the United States. nato was a product of this reality, and existed for decades as a security alliance vital to Western Europe’s defense. But conditions have changed. The Cold War is over. Although Russia today is formidable, it is—in the eyes of Germany and France, at least—a much friendlier powerhouse. For Berlin and Paris, which are tired of supporting U.S.-led nato forays in faraway places, forming a security partnership with the behemoth next door is a wise and expedient move.

Europe is increasingly willing to embrace Russia—which means this burgeoning military power is less invested in its relationship with America.

This desire to seriously engage Russia was on display this week in the French town of Deauville, where French President Nicolas Sarkozy and German Chancellor Angela Merkel hosted a summit with Russian President Dmitry Medvedev. That France and Germany will sit down with the Kremlin just one month before nato leaders gather to settle on a new Strategic Concept for the U.S.-led alliance is “jarring” for the rest of Europe, reported Stratfor. “It is akin to spending a weekend on the sea with a mistress ahead of one’s 25-year marriage anniversary” (October 19).

The summit was revealing. For months Russia has expressed frustration at American-led efforts to install a Europe-based missile defense shield as part of nato’s new Strategic Concept. Until this week, the Kremlin had refused invites to the nato meeting in Lisbon on November 20-21. But in Deauville on Tuesday, Medvedev announced that he would attend next month’s nato meeting, and left open the door for further cooperation with the alliance on the missile defense shield. We know the Kremlin didn’t capitulate to American interests—not on an issue as vital as this. So what changed?

More than likely, Russia received assurances from France and Germany—so-called American allies—that its strategic interests would not be jeopardized when nato leaders gather in Lisbon!

In Deauville, Medvedev spoke with Merkel and Sarkozy about Russia’s 2009 proposal for a new European Security Treaty, a treaty clearly intended to marginalize the U.S., formalize ties between Europe and Russia and ultimately replace nato. It seems Medvedev was successful in convincing Merkel and Sarkozy of the merits of the Russian-designed security treaty. Simon Tisdall wrote in the Guardian Tuesday that “France and Germany now appear to be seriously flirting with this idea amid talk of a joint economic and security cooperation zone with Russia and shared EU-Russia forums.”

For now, getting an accurate measure of the dimensions of this Europe-Russia security relationship is difficult. Europe is more than likely playing both sides. But in Lisbon next month, the cat will be out of the bag when nato announces its new Strategic Concept! If nato’s new grand strategy falls in line with U.S. interests, including the missile shield for Europe, then it will be obvious who France and Germany sided with. If the document is filled with compromises and concessions, and if the Kremlin’s fingerprints are on it, then Europe clearly sided with Russia.

The way it’s looking, don’t be surprised if America arrives in Lisbon to learn that Germany, France and Russia have hatched a plan to redefine the organization into a distinctly European, pro-Russian organization!

Whatever the details, two trends are clear. First, Germany and France are disenchanted with nato as it operates today, which is basically as a vehicle of American foreign policy. Europe wants change. And today it has the political and economic leverage to demand it. One of two developments could unfold. Europe could reduce its political, military and economic investment in nato (in the meantime turning its attention to Russia), in which case nato would cease to exist as a multinational force of influence. Alternatively, in a last-ditch attempt to salvage nato, Washington might allow Germany to have its way with the organization, in which case the organization will become a vehicle of European ambition.

Second, Germany, France and therefore Europe—although some countries are being dragged along unwillingly—are clearly motivated to form some sort of security relationship with Russia. As was evident in Deauville this week, the Kremlin has the ear of Berlin and Paris. For America, whose goal in Lisbon will be to try to use nato to check Russian power, convincing Germany to crack down on Russia will be, to put it mildly, extremely challenging. Fact is, the U.S. today has very little influence over Europe!

Keep your eyes glued on Europe—the next few weeks and months are going to be thrilling. Expect Europe, with Germany leading the way, to exploit the ongoing global financial crisis to continue to forge a more unified, more streamlined and more powerful military. Expect Europe to continue to seek a security relationship with Russia, much like Hitler did with the Molotov-Ribbentrop pact days before World War ii erupted. In particular, pay special attention to the nato summit in Lisbon next month.

And whatever you do, don’t tag Europe—despite its apparent military regression and political incompetence—as a pansy!