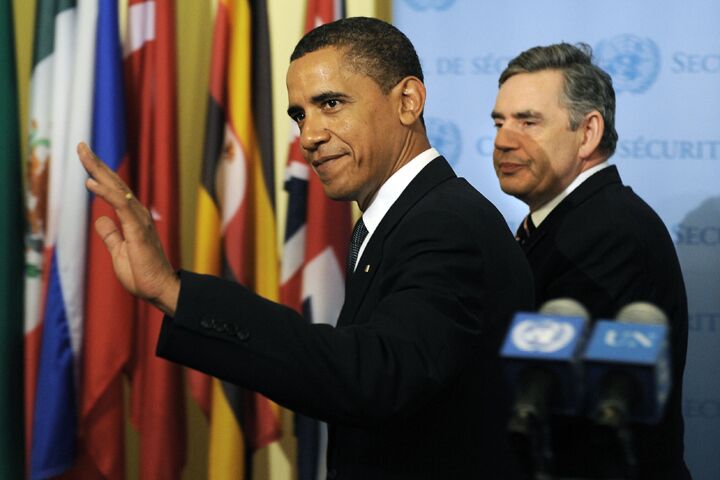 The special relationship between America and Britain has soured. Will the breach be overcome?

The special relationship between the United States and Britain is in desperate need of repair. The traditionally stalwart alliance has received blows from both sides of the Atlantic, causing many to wonder if it’s the end of the strong bond between the two nations.

From the beginning of his presidency, Barack Obama has shown a lack of respect for this important relationship. Early on, he committed a series of diplomatic gaffes and snubs toward Britain that plainly demonstrated his low regard for the alliance.

President Obama again revealed this casual attitude for Britain at the United Nations summit in September. While President Obama scheduled in private one-on-one meetings with the premiers of China, Russia and Japan, he reportedly refused Prime Minister Brown’s requests for a private meeting five times. Instead, Brown and Obama held a 15-minute chat in a kitchen of the UN headquarters, according to the Daily Telegraph.

In the diplomacy theater, image is just as important as reality, and President Obama is saying Britain doesn’t really matter.

The U.S. leadership is largely ignoring an important relationship that has defined geopolitics for the last two centuries. Otto von Bismarck, the architect behind the creation of a German nation powerful enough to start two world wars, said the most decisive factor in modern history was “the fact that the North Americans speak English.” The Anglo-Saxon alliance has for the most part kept the world free from domination by a dictatorial superpower, defeating its enemies in World War i, World War ii and the Cold War. The relationship kept the Falkland Islands free from Argentina in the Falkland Wars, and, most recently, has been active in the Iraq and Afghanistan wars against Islamic terrorism.

When this alliance breaks down, the power and influence of both nations suffer, and typically so does the world. The greatest example of this was the Suez Canal crisis in 1956.

The crisis started when Egyptian dictator Gamal Nasser nationalized the Suez Canal, breaking a promise made to Britain as part of the deal for Britain leaving Egypt. The canal was the greatest Western asset in the Middle East, through which 80 percent of the West’s oil flowed. It was a great symbol of Western power.

Prime Minister Anthony Eden wrote President Dwight Einsenhower, addressing him as “dear friend,” saying if Britain and the U.S. didn’t take a firm stand against Nasser’s action, “our influence and yours throughout the Middle East will, we are convinced, be irretrievably undermined.” When Eden—along with Israel and France, and with the support even of King Faisal ii of Iraq—took military action to seize the canal, Eisenhower proved to be no friend to Britain.

The U.S. forced Britain to back off through economic means, resulting in a British defeat and signaling the end of British imperial power. It accelerated the process of decolonization so rapidly that much of Africa became engulfed in civil wars that brought blood-soaked dictators into power. It also ended the beneficial cooperation between American and British oil companies and the Arab states, which led to the oil crisis in the 1970s.

Worst of all, Nasser’s defiance inspired the Islamic fundamentalist takeovers in Iraq (King Faisal ii was murdered two years later), Iran and Libya, the effects of which we are still dealing with today.

In short, the breakdown of the alliance made the world a much more dangerous place. President Eisenhower admitted years later that it was his greatest foreign-policy mistake to not support Eden.

So it should be very concerning when the special relationship is breaking down as it is today. The U.S. cannot afford to surrender another ally in its foreign policies, and Britain will lose what little influence it has on the world scene if it is abandoned by its friend as well.

It is an especially troubling time for both nations, with both being hugely in debt and with their financial systems under attack by the rest of the world—a world that has blamed them for the current recession. With a broken friendship, there is no way either nation’s financial system will escape the shackles of financial regulations that the international community, led by Europe, wants to impose.

The diplomatic snubbing and careless attitudes the U.S. and Britain have toward each other are part of a trend the Trumpet has been highlighting particularly since President Obama came into office. Though in times past the bond, cemented by a shared language, culture and ideology, has recovered, the Trumpet predicts there will come a time soon when the special relationship will finally end.

The resulting breach will be filled by a different alliance, one that will also redefine geopolitics for the whole world, but with much more disastrous effects. This prediction is based on several prophecies found in the Bible and an understanding of the origins of the British and American people, fully explained in our free book The United States and Britain in Prophecy.

For more specific information on this trend, read our article “The Tie That Binds America, Britain and Israel.”