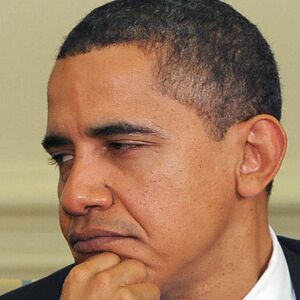 Doubts emerge about the continuing strength of the special relationship between America and Britain under the Obama administration.

Was it a snub or not?

Britain’s Prime Minister Gordon Brown’s recent visit to America’s new president turned out to be far less than he’d obviously hoped for. At the conclusion of his visit, observing that American press coverage had been particularly poor, the Mail Online stated that “abc News gave Mr. Brown less prominence today than it did a story about a sleepwalking dog that walked into a wall” (March 5).

A series of events (or lack of them) underpinned the degree to which the Obama administration has changed the official government view of the “special relationship” that has been taken for granted by both Britain and America for well over a century.

Reality was already beginning to dawn when Prime Minister Brown’s entourage landed at Andrews Air Force Base last Monday night for the prime minister’s two-day visit to Washington, the first by any national leader since President Obama’s inauguration. Dana Milbank of the Washington Post noted that “Obama, breaking with precedent, wouldn’t grant the prime minister the customary honor of standing beside him in front of the two nations’ flags for the tv cameras …. For the president—beloved by the world largely for the fact that he is not Bush—it was a surprisingly cool reception for an ally” (March 4).

Then the British Foreign Office noted the cancellation, due to a heavy snowfall, of a planned press conference due to take place on Tuesday with President Obama and Prime Minister Brown on the White House lawn. In its stead, the prime minister was offered a far briefer, more low-key affair in the west wing of the White House with limited exposure on camera and only a handful of questions permitted.

The fact is that, judged by early indications, the historic special relationship between the United States and Britain has lost much of its gloss since the passing of its Blair-Bush phase.

White House Press Secretary Robert Gibbs even broke tradition in his announcement of the Brown-Obama meeting by downgrading what has become embedded in history as the “special relationship” between Britain and America, referring to that relationship as being a mere “special partnership.”

Suspicions of a drastic change in Anglo-American relations were heightened when, during the White House press conference, the president himself demoted Britain from its prior status as America’s staunchest ally to the status of “one of our closest, strongest allies.” To place that statement in its true context, we only have to ask and answer the question, What nation has been more committed to U.S. foreign policy and its military adventures over the past hundred years than Great Britain? Name any theater of war where the U.S. has sought additional support, and it’s been Great Britain that has been to the fore as the most ready of any power to place itself at America’s disposal.

Such has been the case since Lord Salisbury and Theodore Roosevelt cemented the Hay-Pauncefoote Treaty of 1901. Since then, the “special relationship” between the U.S. and Great Britain has been, as Andrew Roberts has rightly pointed out, “the single most important geopolitical factor in the 20th century and beyond” (A History of the English-Speaking People Since 1900). The relationship between Salisbury and Roosevelt became but the forerunner to a series of close relationships between the leaders of both countries as exemplified in what Roberts refers to as the “FDR-Churchill, Reagan-Thatcher and Bush-Blair friendships.” Under those leaders, Great Britain was the closest and strongest ally of the United States!

Having watched the Obama-Brown press conference a number of times, I am struck by just how uncomfortable and hesitant the president was when simply asked a question as to just how strong the “special relationship” remains.

Though President Obama appears most eloquent—even smugly glib—when he has a teleprompter at his disposal, he is a far more hesitant speaker off the cuff. Whereas, at least in the brief exposure granted during the short press conference, Prime Minister Brown spoke in a generally smooth-flowing extemporaneous style, the president’s responses to questions about the relationship between the U.S. and Britain were peppered with innumerable “ers” and “ahs” and embarrassing pauses as he seemed to struggle to seek the right word to convey his intended meaning.

This hesitancy certainly conveyed a lack of any real depth of feeling on behalf of the president for any semblance of a “special relationship” between Britain and America. The impression was given of a presidency that is far from deeply committed to the historic special relationship that has cemented an unwritten alliance between America and Britain for well over a century of time.

That grand old statesman of Germany, Otto von Bismarck, when asked, “What was the decisive factor in modern history?”, replied, “The fact that the North Americans speak English.” Though the Americans still have that language in common with the British, the signs are that America and Great Britain may no longer speak the same political language as they did under previous U.S. presidential administrations.

In his speech to a joint session of the U.S. Congress last Wednesday, Prime Minister Brown declared, “[L]et it be said of our friendship—formed and forged over two tumultuous centuries, a friendship tested in war and strengthened in peace—that it has not just endured but is renewed in each generation to better serve our shared values and fulfill the hopes and dreams of the day. Not an alliance of convenience, but a partnership of purpose.” Whether Prime Minister Brown’s desire for a “partnership of purpose”—the very phrase itself indicating a lessening of the historic “special relationship” between Britain and America—will be reciprocated by the Obama administration remains a moot point.

In the great game of international diplomacy, symbolism plays a vital part. Thus it was that upon gaining access to the Oval Office, President Barack Obama promptly returned the bust of Sir Winston Churchill, given on loan by the British government during the Bush administration, to Britain. Rather ironically, Mr. Brown’s gifts to the president included seven volumes of Sir Martin Gilbert’s Churchill biography.

Concerned that at least some symbolic representations of the historic relationship between the U.S. and Britain be on display during President Obama’s term in office, Prime Minister Brown also presented the president with a pen holder made from the timber of the former slave-liberating ship hms Gannet, and a framed commission of its sister ship, hms Resolute—the timbers from which the president’s desk in the Oval Office is made.

In return, President Obama’s gift to the prime minister seemed completely devoid of any historical recognition of the British and American special relationship. The Evening Standard reported, “Gordon Brown has been given a collection of 25 classic American films on dvd as his official gift from Barack Obama. … The prime minister’s reaction to getting dvds is not known. Mr. Brown is not noted for his love of cinema …” (March 5).

It will be interesting to see just where Mr. Brown’s gifts to the president, all historic reminders of America’s prior special relationship with Great Britain, end up in the White House, if indeed they find themselves on display at all. In the meantime, as Dana Milbank mused, perhaps “Somewhere in the British Embassy, a bronze bust of Churchill was turning in its storage crate.”

For an in-depth view of the history of the “special relationship” between Britain and America, how it came about, why it is now diminishing and where this is all leading, read our book The United States and Britain in Prophecy.