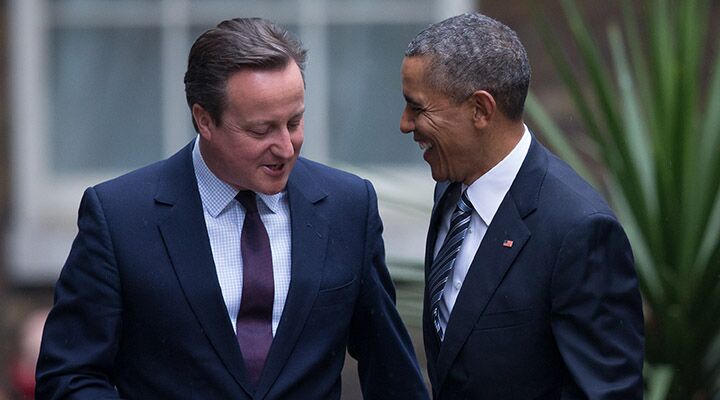 Is the once-special relationship between the United States and Britain about to end?

What’s wrong with this picture? In order to improve its much-maligned relationship with Russia, which recently pressured Kyrgyzstan to shut down a critical U.S. air base in Manas, the United States has offered to “press the reset button.” To help open lines of dialogue with Iran, the number-one state sponsor of terrorism, the new American administration has extended an olive branch to the mullahs in Tehran. And yet, to Britain, its most dependable ally in the war against terrorism, and its historic blood brother, President Barack Obama has repeatedly turned a cold shoulder.

Even before Prime Minister Gordon Brown arrived in Washington earlier this week, his handlers were up in arms over a statement White House spokesman Robert Gibbs recently made about Britain: “The United States and the United Kingdom share a special partnership” (emphasis mine throughout). The use of “partnership” in place of the more traditional “relationship” was no accident, they said.

They were right. As the Daily Telegraph noted last weekend, “[T]he new president wants to shake up the way the U.S. government relates to its allies, which will leave little space for the sentiment of old ties.”

Shake things up is exactly what he did during Gordon Brown’s two-day visit this week. Shortly before the prime minister’s plane touched down at Andrews Air Force base on Monday night, President Obama decided to nix the podium-to-podium, dual-flag-waving press conference scheduled for the next day in the Rose Garden. Administration officials said it would be too cold and snowy for an outdoor gathering. But instead of moving the ceremony inside the White House, Obama opted for a 30-minute chat with the prime minister in the Oval Office, attended by a handful of reporters.

Commentators on both sides of the Atlantic quickly drew attention to the snub. “Gordon Brown’s long-awaited trip to Washington seemed to teeter on the brink of humiliation,” the Guardian wrote. The Washington Post said Obama skipped the usual warm greeting for guests and went straight to questions from reporters. “We get the point,” Iain Martin angrily said at the Daily Telegraph,

We’re just one of many allies and you want fancy new friends. Well, the next time you need something doing, something which impinges on your national security, then try calling the French, or the Japanese, or best of all the Germans. … When it comes to men, munitions and commitment you’ll soon find out why it pays to at least treat the Brits with some manners.

On Wednesday, an embarrassed Brown attempted to salvage the trip during his address before Congress on Capitol Hill. “I come in friendship to renew, for new times, our special relationship founded upon our shared history, our shared values and, I believe, our shared futures,” Brown said hopefully. He then rattled off a number of leftist creeds that could have easily been inserted into an Obama speech.

Yet, despite these similar ideologies, the current U.S. and British governments are clearly on sharply divergent paths. As Tim Shipman wrote in the Daily Telegraph, from now on, “Britain will have to ‘pay a price’ if it wants to maintain its traditional diplomatic clout in Washington.”

How different this relationship is to what it was just a few years ago. George Bush and Tony Blair, remember, were polar opposites, ideologically speaking. But after 9/11, the two leaders smoothly settled in to a seemingly natural alliance. Soon after the terrorist attack, in fact, Prime Minister Blair loaned a bronze bust of Winston Churchill to President Bush as a token of his encouragement and support for the U.S. leader during a time of war.

Earlier this year, when British officials offered to extend the loan of the Churchill bust to Barack Obama for another four years, the new president rejected the offer and returned the rare piece to Britain.

Winston Churchill, as it happens, said the weakening alliance between the United States and Britain was what allowed the Second World War to happen! Had the two nations been more closely united during the intervening years between the two great wars, he said in 1941 before the U.S. Congress, the curse of World War ii would not have happened. “Prodigious hammer-strokes have been needed to bring us together again,” Churchill said. “Do we not owe it to ourselves, to our children, to mankind tormented, to make sure that these catastrophes shall not engulf us for the third time?”

According to Bible prophecy, that third time is coming. And sadly, this time around, the massive hammer-strokes of worldwide war will not unite our peoples—nor will they save the United States and Britain from the intense suffering of the Great Tribulation (Matthew 24:21-22).

As much as the new administration in Washington would like to shake things up with and even separate from America’s traditional allies, as Herbert W. Armstrong explained in his masterful work The United States and Britain in Prophecy, America’s fate is inextricably linked to its brother in Britain.

While the Bible says the United States and Britain will simultaneously fall at the hands of a European superpower, Hosea 5 indicates that the traditional U.S.-British alliance will split before their downfall. Verse 13 says that when Britain sees its “sickness,” it will make the mistake of going to Assyria (modern-day Germany) for help—not the United States! Britain’s relationship with America, by that point, will undoubtedly be damaged beyond repair. Besides that, America’s own disease-stricken state would offer little in the way of assistance.

Today, we can see the seeds of both the debilitating sickness in society that will help bring down both countries—and of the impending fracture of the U.S.-British relationship that will ensure, in this coming time of trouble, they will not be coming to each other’s assistance.