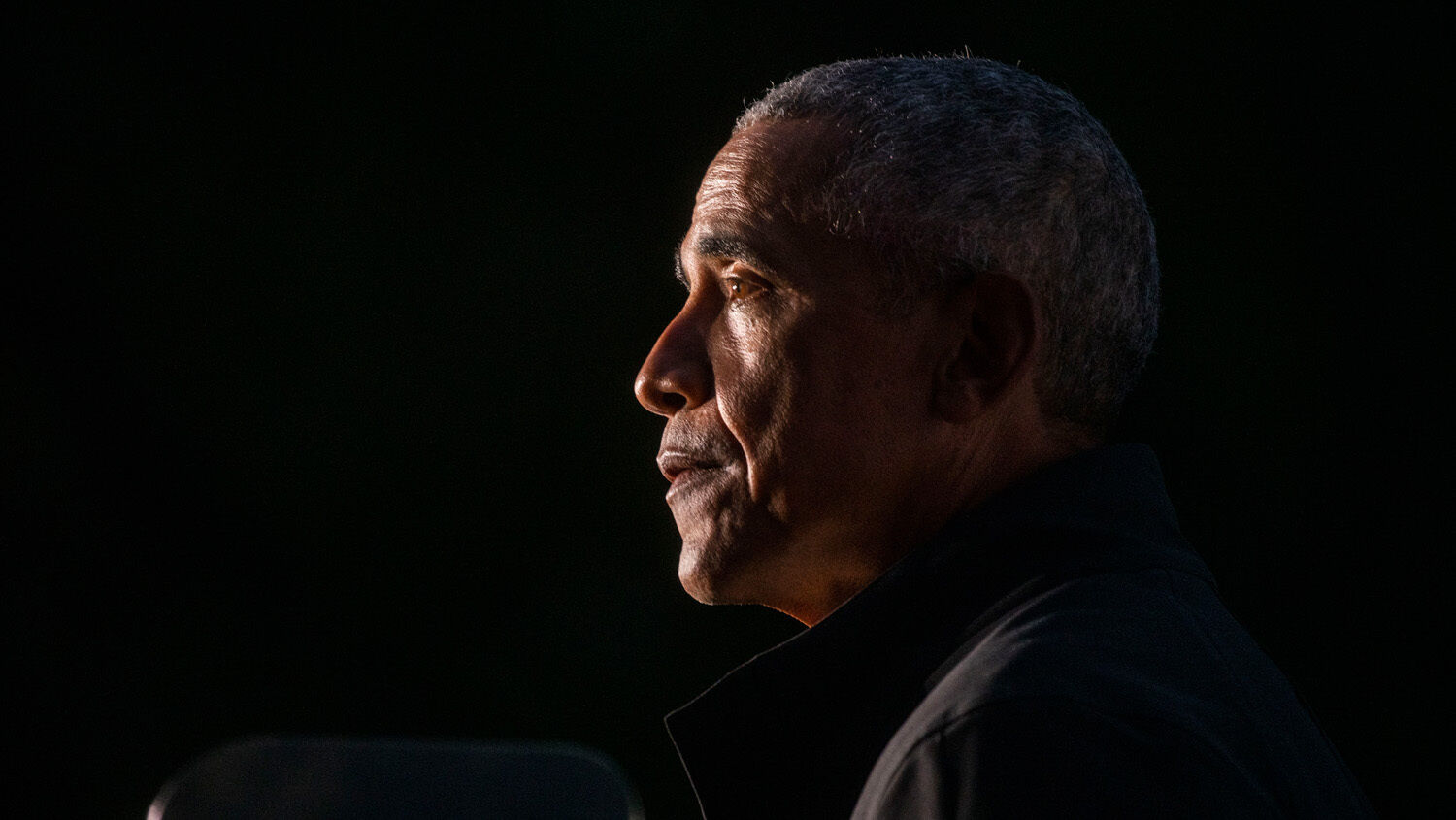 There is a fourth branch of government, and it is being used as a dangerous weapon.

Who is in charge of the Federal Bureau of Investigation? Some may say it’s Director Christopher Wray. Others believe it’s Attorney General Merrick Garland. Joe Biden’s name could even be thrown into the ring. Any of those answers would be technically correct.

Bodies like the fbi, the Central Intelligence Agency and the National Security Agency are part of the executive branch of government. They should answer to the sitting president. But during Donald Trump’s presidency, the fbi actively sought to undermine and overthrow his administration. It’s only gotten worse since, with the recent raid of his Mar-a-Lago home.

The fbi’s behavior has followed a specific manifesto over the last decade, but it is a relatively stark change from its operations even as recently as the turn of the century. Its operations today represent a fundamental transformation that points to only one man.

Necessity has almost always mothered the reinvention of the fbi. In 1908, Teddy Roosevelt formed the Bureau of Investigation to investigate government corruption. In the 1920s, when motor vehicle production gave criminals inter-state mobility, the fbi stepped in where local law enforcement couldn’t. As crimes expanded, so did the fbi’s purview. When the Cold War arrived a few decades later, so came a new emphasis on intelligence acquisition, spying and surveillance capabilities.

It took decades, but eventually the systems that characterize the fbi as we know it were set up. But it wasn’t until 9/11 that they began to resemble what they look like today.

“Since September 11, the fbi has implemented significant changes to integrate our intelligence and operational elements and enhance our ability to counter today’s most critical threats,” then fbi Director Robert Mueller told Congress in 2005. He completely reorganized the fbi.

It’s important to understand how necessary this was at the time. The nation was still reeling from the worst terrorist attack it had ever suffered. Mueller had only been in the job for a week before it happened. The sweeping identity shift was understandable.

Before 9/11, the fbi identified itself as a law enforcement agency. After 9/11, its primary function became “national security” with intelligence its most important currency.

Mueller himself summarized the fbi’s mission as relating to “threat-based, intelligence-led national security.” Intelligence acquisition was the cornerstone of the reorganized fbi. Five new branches were created, three of which were dedicated to counterintelligence. They would purportedly be used to target terrorists and neutralize external threats. But the new system also assumed that every American citizen was a potential threat. So now, the fbi could acquire information on anyone.

Thomas J. Baker, a former agent and instructor at the fbi Academy, believes this reorganization is what initiated the issues of political partisanship that have dogged the bureau. It was the reorganization after 9/11 that truly “opened the door” for a different kind of influence over the fbi, he told the Washington Times.

“The ethics of an intelligence agency is different from a law enforcement agency,” Baker continued. “In a traditional law enforcement agency, agents live every day for the time to come when they get on the witness stand and say nothing but the truth. But an intelligence agency deals with lies and disruption. It’s a whole different mindset between the two.”

Suddenly, the fbi had a new, wide-ranging mandate—and a mentality shift to boot.

Data technology has advanced rapidly since Mueller spoke to Congress in 2005. The nsa is arguably the world’s leading surveillance database. With the rise of private media companies such as Twitter, Facebook and Google, information is more readily available than ever.

Last year, they announced they would be reporting “extremist content” to the Five Eyes Intelligence Alliance, comprising Australia, Canada, New Zealand, the United Kingdom and the United States. While it sounds good, this move actually represented a worrying development. First, it gave Big Tech the mandate to define what qualifies as extremist content. Secondly, they were given access to the information Five Eyes had on file. Why?

Investigative journalist Mark Bradman explained: “The government cannot conduct electronic searches (Fourth Amendment issue) without a warrant; however, private individuals can search and report back as long as they have access.” Big Tech was given access to the database and created a secondary database that is open for bodies like the fbi to exploit. But now it is with added efficiency of seeing those things that they and these media companies have defined as being extremist.

The fbi should use these powers to identify and curtail external threats. After all, it was 9/11 that necessitated these changes. Instead, it has turned into something completely different.

For about 80 years since its inception, the fbi was mostly a law enforcement organization. It has had its fair share of controversy and failings. But in all its dealings, it remained largely apolitical as it worked to maintain national security. Until it didn’t. The 9/11 disaster necessitated radical change. But this opened the door to lapses in morality where there couldn’t be before.

The fbi is now almost unrecognizable.

It is now a highly political body. It comprises a group of unelected bureaucrats who, instead of targeting external threats, train the fbi’s resources on American citizens, many of whom have been labeled domestic terrorists. It has spied on American citizens, including Donald Trump, before and during his time in the White House. It propagated the false Steele dossier, stirred up violence at the January 6 protest, and afterward tracked down and imprisoned the peaceful protesters. It has actively ignored investigating Hunter Biden’s laptop or even entertaining the potential that he is a compromised national security threat. Most of this is just in the last two years.

The systems were in place. The tools gradually acquired. All that was left was for the wrong person to be in charge.

Who has had the most influence over this new fbi? Mueller’s organizational changes were completed around 2005, while George Bush was president. But just three years later, Barack Obama was elected president.

“Barack Obama and [Attorney General] Eric Holder did not create a weaponized doj and fbi,” Bradman wrote, “instead, what they did was take the preexisting system and retool it, so the weapons only targeted one side of the political continuum. Together they recalibrated the domestic surveillance capabilities, the internal spying systems, so that only their political opposition would be targeted.”

In America Under Attack, Trumpet editor in chief Gerald Flurry writes: “Of all the intel agencies, the one Obama wanted control over most was the fbi. The fbi does the domestic investigative work on anyone who needs or holds a security clearance, so control over the fbi put him in charge of who can access what information.”

“Barack Obama has used this partnership to weaponize America’s intelligence services,” Mr. Flurry writes. “He successfully took a system created to surveil and neutralize the nation’s external enemies and deployed it instead against his political enemies within America. Obama effectively created a new bureaucratic monster out of the Department of Homeland Security, the Department of Justice, the Federal Bureau of Investigation and the Office of the Director of National Intelligence—a ‘fourth branch of government’ full of unelected deep state bureaucrats who are loyal to him, his ideology and his goals.”

Very few people ever identify Barack Obama as the leader of the radical movement besieging America. But no other president decided to stay in Washington, D.C., after his term ended. No other president called the Constitution a document of negative liberties. No other president made a pledge to “fundamentally transform” America. And there is no other man that has had such a powerful hold over the Democratic Party or the media. Even politicians in the Republican Party can’t be trusted to uphold the rule of law and battle the radical elements taking over the government.

“This is rank lawlessness. It tramples the Constitution, the supreme law of the land!” Mr. Flurry writes. “These companies now have a virtual choke hold on the government—as Obama guides them. They have become weapons for Barack Obama. That is what it amounts to, even to this day. This undemocratic ‘fourth branch of government’ is out of control, and it controls the other three branches. And none of these people doing the dirty work have been elected, other than Barack Obama.”

The radical transformation of the fbi, intelligence agencies and the political continuum has been too coordinated to have been accidental. And it has been too complete to have been motivated by virtue. And yet scores continue to defend the fbi’s corruption. Too few are boldly condemning the Mar-a-Lago raid. Far too many are applauding it.

This shows that it is much more than just a man coordinating this attack on law. There is a spiritual dimension to Barack Obama’s influence. There is a spiritual component to the attack being leveled on the Bible-based U.S. Constitution. That is the only way to explain how these egregious crimes go on unpunished.

The Bible says there is a powerful, malevolent spirit being, Satan the devil, with a supernatural sway over the minds of the lawless (Ephesians 2:2). His influence is so great, that the Bible even call him “the god of this world” (2 Corinthians 4:4). And this being has a vendetta against the nations of Israel. He has a burning desire to “blot out the name of Israel” (2 Kings 14:27). The United States and Britain, the modern-day nations of Israel, are therefore the focus of his hatred (request your free copy of The United States and Britain in Prophecy, by Herbert W. Armstrong, for proof).

Again, 2 Kings 14:26-27 reveal the real aim of what Barack Obama has been doing and continues to do through the Biden administration: to “blot out the name of Israel from under heaven.” This gets to the truth in a way that no one else can recognize. Everything is happening in a way that causes maximum destruction to the modern-day nations of Israel. And the only thing to prevent this is God’s intervention.

The real mastermind is Satan the devil. He is the one who “made the earth to tremble”! (Isaiah 14:16). A human being could not plan out these events to create such scale of devastation. The devil, however, is extraordinarily shrewd and skilled at sabotage and destruction.

Ephesians 2:2 calls Satan “the prince of the power of the air, the spirit that now worketh in the children of disobedience.” Yes, this evil spirit works in people! He is able to influence people’s thinking and emotions. The more that human beings allow themselves to be influenced by him, the more power they have to do terrible things! …

Can you see just how disastrous so many of the actions this administration is taking are—how monumentally destructive to America and the world?

This should shake us all to our core and cause us to acknowledge that God is cursing America!

Such an evil administration is a curse. It is a curse brought on by the sins of the nation. God gave the nations of Israel great blessings. But today, they live in open rebellion against the way of life He reveals in the Bible. The only deliverance from these curses is repentance (2 Chronicles 7:14).

“Every American needs to recognize this and act on it!” Mr. Flurry writes. “Regardless of what happens nationally, God gives you the power and the choice to do so individually.” Make the choice today. Request your free copy of America Under Attack. Study it along with your Bible, and make a change today.