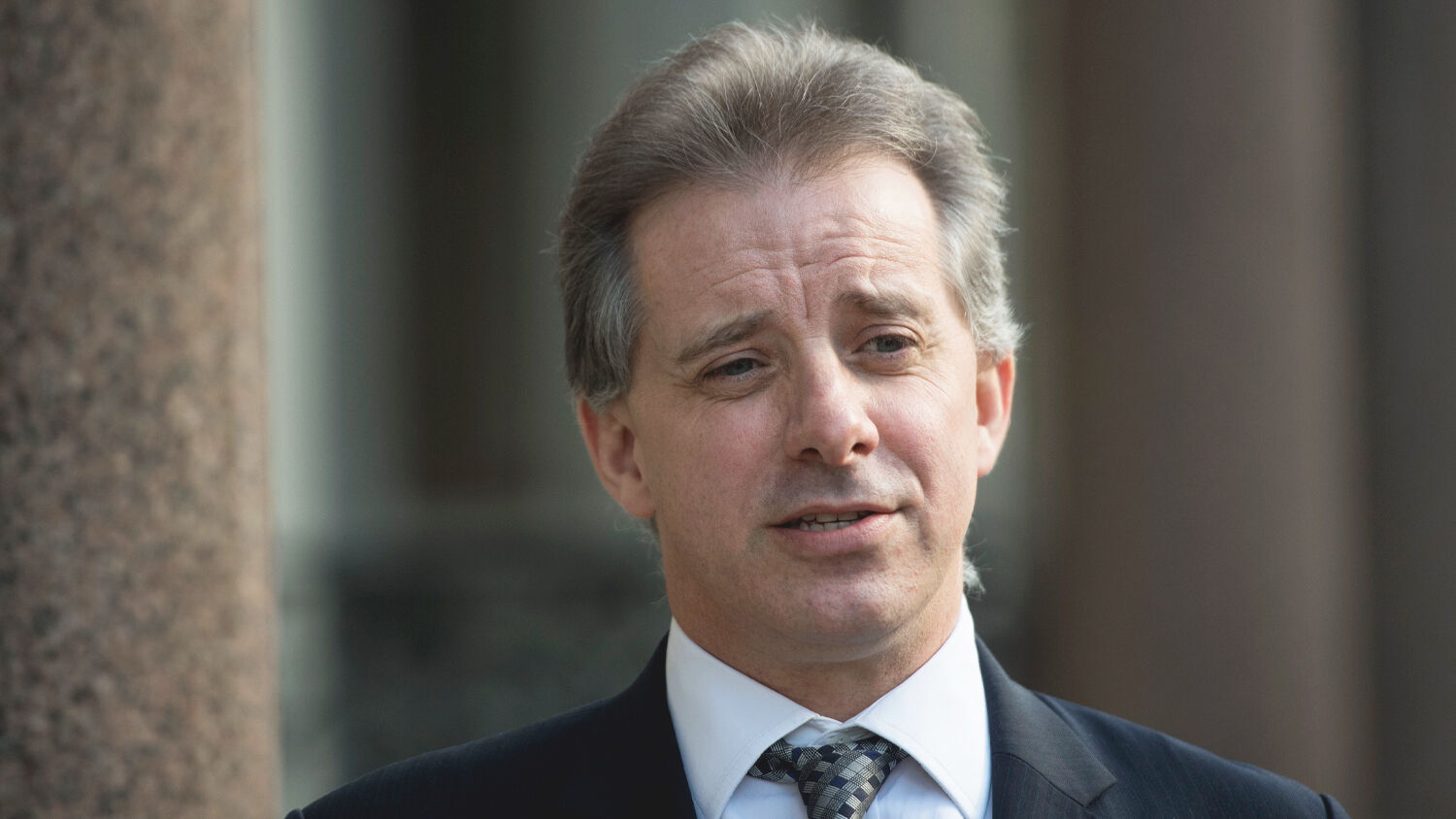 Something is rotten in the District of Columbia.

Former MI6 spy Christopher Steele produced a second dossier for the Federal Bureau of Investigation even after United States President Donald Trump was in the White House, the Telegraph reported on May 3.

The original dossier, written during the 2016 presidential campaign, contained unsubstantiated claims about Trump’s dealings, primarily alleging his campaign’s collusion with the Russian government. It was dismissed by sources inside the Central Intelligence Agency as “Internet rumor.” But as the Telegraph reports, the existence of a second dossier shows that the fbi continued to take Steele seriously, even after Trump’s inauguration.

And so, the second dossier continued in the same vein as the first. It alleged sexual misconduct by President Trump. It alleged the existence of other sex tapes. And it alleged Russian meddling in the 2016 presidential elections to secure Trump’s win.

Steele’s first dossier triggered the Mueller investigation into alleged election interference and ties between the Trump campaign and Russia. The investigation found no evidence of collusion, exposing the fraudulence of the first Steele dossier. Regardless, the Department of Justice used the dossier to support a secret court order authorizing surveillance of former Trump campaign aide Carter Page.

And the fbi continued receiving “intelligence” from Steele even after his allegations were shown to be nothing more than “Internet rumor.”

Yet today, even a whisper about the 2020 election being stolen is immediately dismissed and met with vitriol.

Months and years into the Trump presidency, Steele was still influencing internal affairs in America. A set of rumors was used as grounds to spy on Donald Trump with the goal of framing him as a Russian spy.

The existence of this second Steele dossier, and the fbi’s acceptance of it, reveals deep corruption in the U.S. government. Something is rotten in Washington, D.C.

Trumpet editor in chief Gerald Flurry said as much in his article “America Has No Helper”:

Think of all the people who had to cooperate for the Mueller probe to be as invasive as it was for as long as it went on, and you begin to realize just how deep this corruption goes.

The complicity among the political class, including Democrats, Republicans, the news media and others, is far deeper than Americans realize. The amount of power, money, influence, technology and intimidation they wield is staggering. …

The deep, deep corruption involved here is now being exposed before our eyes. …

Special Counsel [Robert] Mueller knew no collusion with Russia ever occurred—and everybody else knew it, too! The leaders at the Justice Department knew it. The leaders at the fbi knew it. The directors of the intelligence agencies knew it. The congressional committees, which have both Republican and Democratic members, knew it. They all wanted to create the illusion that Mueller’s team was looking for the truth, but they never were. They were simply covering up their attempted coup—their treason against this nation!

The Democrats and some Republicans knew it was a fake investigation being used as a political weapon.

Many Americans feel hopeless because of the events in Washington. But these events are unfolding according to Bible prophecy. Mr. Flurry’s article explains that a prophecy recorded in 2 Kings 14:26-27 addresses the political turmoil and corruption in modern America: “For the Lord saw the affliction of Israel, that it was very bitter: for there was not any shut up, nor any left, nor any helper for Israel. And the Lord said not that he would blot out the name of Israel from under heaven: but he saved them by the hand of Jeroboam the son of Joash.”

Herbert W. Armstrong proved in The United States and Britain in Prophecy that America and Britain descended from ancient Israel. Therefore, “Israel” primarily refers to these two nations today.

“There are people working to blot out the very name of Israel,” Mr. Flurry wrote, “and sadly, many of them are within America!”

That is where all this corruption in the fbi and all through the government is coming from—an attempt to blot out the name of Israel. The corruption and rottenness are rank. America’s affliction is bitter. God prophesied that He would temporarily save America from this corruption and evil “by the hand of Jeroboam,” a role fulfilled by Donald Trump.

But only God Himself will bring lasting deliverance to America and the whole world.

“People are looking to Republicans, to conservative commentators and to preachers for hope,” Mr. Flurry continued. “The reality is that there is no hope without God. But with God, there is endless hope!”

The swamp is deep and fetid. It will take nothing short of a miracle to drain it. This is where God comes into the picture. Only He will be able to save America permanently. The Bible reveals just how this will happen. Read Mr. Flurry’s article “America Has No Helper” and request his free booklet Great Again to fully understand God’s plan to save America.