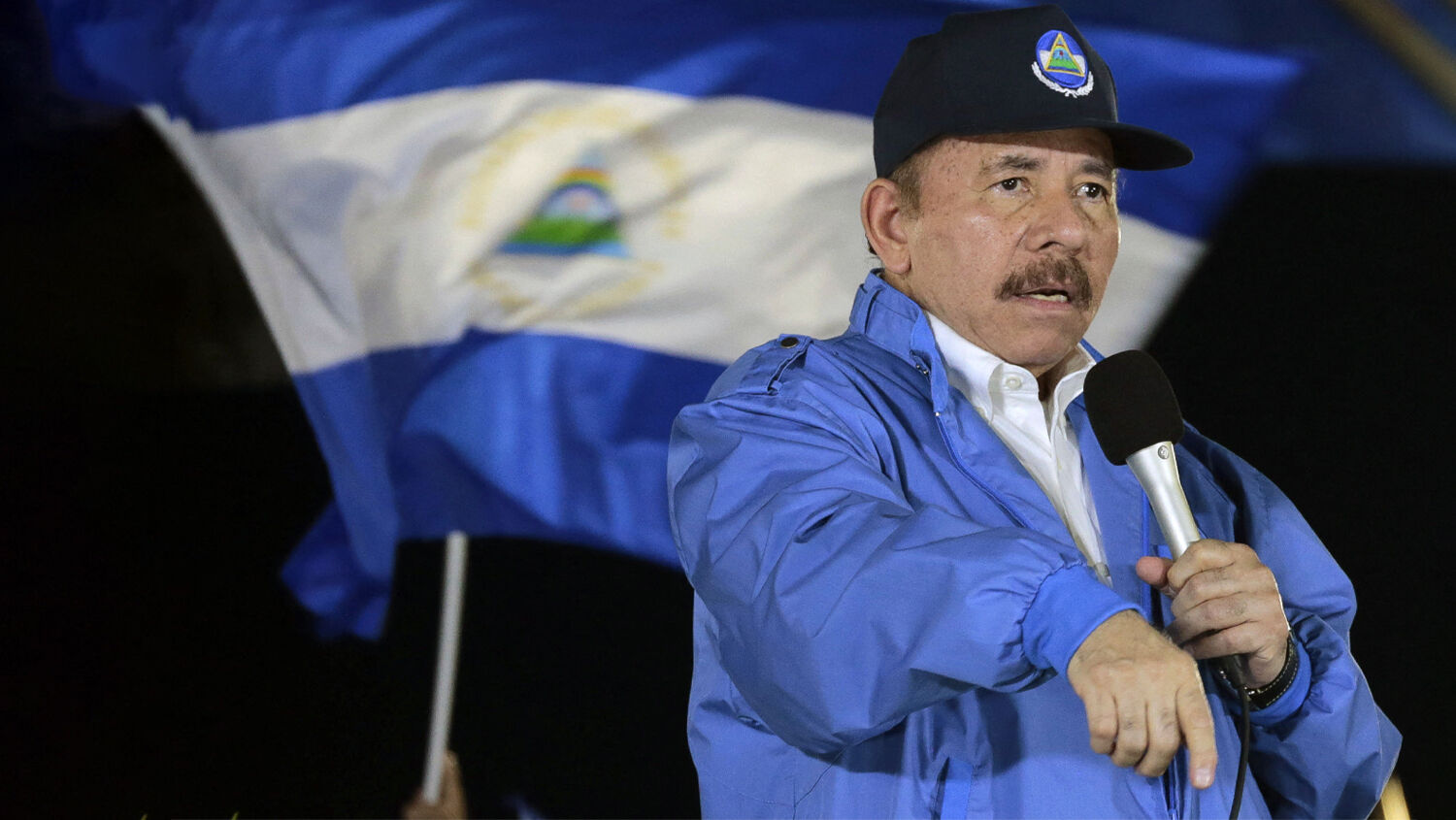 The vulnerability of some of the U.S.’s most vital shipping lanes should be sounding alarm bells in Washington.

Moscow announced on June 11 that Nicaraguan President Daniel Ortega had issued authorization for Russian soldiers, planes and warships to enter Nicaragua for purposes of “humanitarian aid, rescue-and-search missions in emergencies or natural disasters.”

Under Decree 10-2022, Ortega’s regime said Russian troops will also be authorized to enter the nation for “exchange of experiences and training,” and their vessels can “patrol” Nicaragua’s Caribbean and Pacific coasts.

Russian state television called Nicaragua’s decision a “most unpleasant cherry atop the democratic cake for the United States” and said Moscow should now move military assets into the Central American country as payback for U.S. weaponry in Eastern Europe. “If American missile systems can nearly reach Moscow from the Ukrainian territory,” Russia-1 host Olga Skabeyeva said, “it’s time for Russia to roll out something powerful closer to the American city on a hill.”

Russian state TV announces that the President of Nicaragua Daniel Ortega invited Russian Armed Forces to enter his country in the second half of 2022. State TV host Olga Skabeeva said: “It’s time for Russia to roll out something powerful closer to the American city upon a hill.” pic.twitter.com/Frmc5PHuWK

Ortega led Nicaragua from 1985 to 1990, and again since his reelection in 2007. In recent years, he has increasingly emulated Russian President Vladimir Putin, shutting down his nation’s media outlets, arresting political opponents, and forcing tens of thousands of his people into exile—all to prolong his reign.

He has also increasingly aligned Nicaragua with Moscow. In 2008, Ortega made Nicaragua one of seven nations to officially recognize two regions of Georgia that illegally declared independence under Putin’s patronage. In 2014, he demonstrated support for Putin’s annexation of Ukraine’s Crimean Peninsula, even making Nicaragua the first nation to open a consulate on the peninsula—despite having zero interests in the region. Most recently, he defied the U.S. and the European Union by supporting Putin’s full-scale invasion of Ukraine.

Clearly, Ortega’s decision this month to open Nicaragua’s borders to Russia’s military is only the latest instance of partnering with Putin.

Ambassador of #Nicaragua made an official visit to #annexed #Crimea https://t.co/UbReHTuTlv pic.twitter.com/CqziFKz8ep

Russia has also been busy forging trade deals and otherwise increasing cooperation with Venezuela and Cuba. Clearly, Moscow’s influence is deepening in the U.S. periphery, particularly around the Caribbean Sea that guards the mouth of the Gulf of Mexico. The Trumpet addressed the danger of this trend in our article “Preparing to Storm America’s Castle,” stating:

As inconceivable as this scenario may sound, Bible prophecy shows that such a besiegement will soon take place.

Isaiah 23:3 warns about the bloc of nations that will carry it out, calling it a “mart of nations.” Verse 1 shows that a lead nation in this trade bloc will be “Chittim.” Trumpet editor in chief Gerald Flurry explains in his booklet Isaiah’s End-Time Vision that this is an ancient name referring to modern-day China. Another leading power in the trade bloc is “Tyre,” which Mr. Flurry explains designates “the commercial center” of modern Europe. A companion passage in Ezekiel 27 mentions ancient names for Russia (“Tubal” and “Meshech”), showing that Putin’s Russia will also play a key role in this future “mart.”

US have to feel what #Russia is feeling. Russian missiles stationed in Nicaragua capable of destroying 70% of US territory. The Nicaraguan invitation is a very serious signal to US. Russian side may indeed be interested in strengthening its presence in the Western Hemisphere. pic.twitter.com/03Nt8G6EcD

“The Bible contains many prophecies of that European power attacking America—and many other prophecies of America being besieged,” Mr. Flurry writes. Europe will carry out this besiegement in partnership with the other countries associated with the “mart of nations” of Isaiah 23 and Ezekiel 27, including Russia. “All of them are going to besiege America, Britain and the Jewish nation,” Mr. Flurry states.

“[T]he giants of Asia” will form a “brief alliance” with the European power, he writes. “Should Europe, the resurrected Holy Roman Empire, find a way to take advantage—even for a moment—of key resources and strategic holdings of China, Russia and Japan, it would have more than enough power to besiege the Anglo-Saxon nations ….

Mr. Flurry emphasizes the Latin American region, due mainly to its proximity to the United States. “Herbert Armstrong long prophesied, and we expect, the alliance between Europe and South America to grow extremely strong,” he writes. Europe already wields significant influence in parts of Latin America. And after Russia and China form a “brief alliance” with Europe, the power that Russia is now building in Nicaragua, Venezuela, Cuba and elsewhere in Latin America will translate into even greater European sway over the region.

Our article “Preparing to Storm America’s Castle” explains the meaning of “gate” in this context:

These are sobering prophecies, revealing that America and some of its allies will soon suffer major calamity. But Bible prophecy reveals that the “mart of nations” and the conflict associated with it are designed as loving correction from the Creator, and that time of suffering will be immediately followed by an epoch of unprecedented global peace.

To understand more about the significance of Russia’s deepening inroads in Latin America and the hope that is connected to current events, order your free copy of Mr. Flurry’s booklet Isaiah’s End-Time Vision.