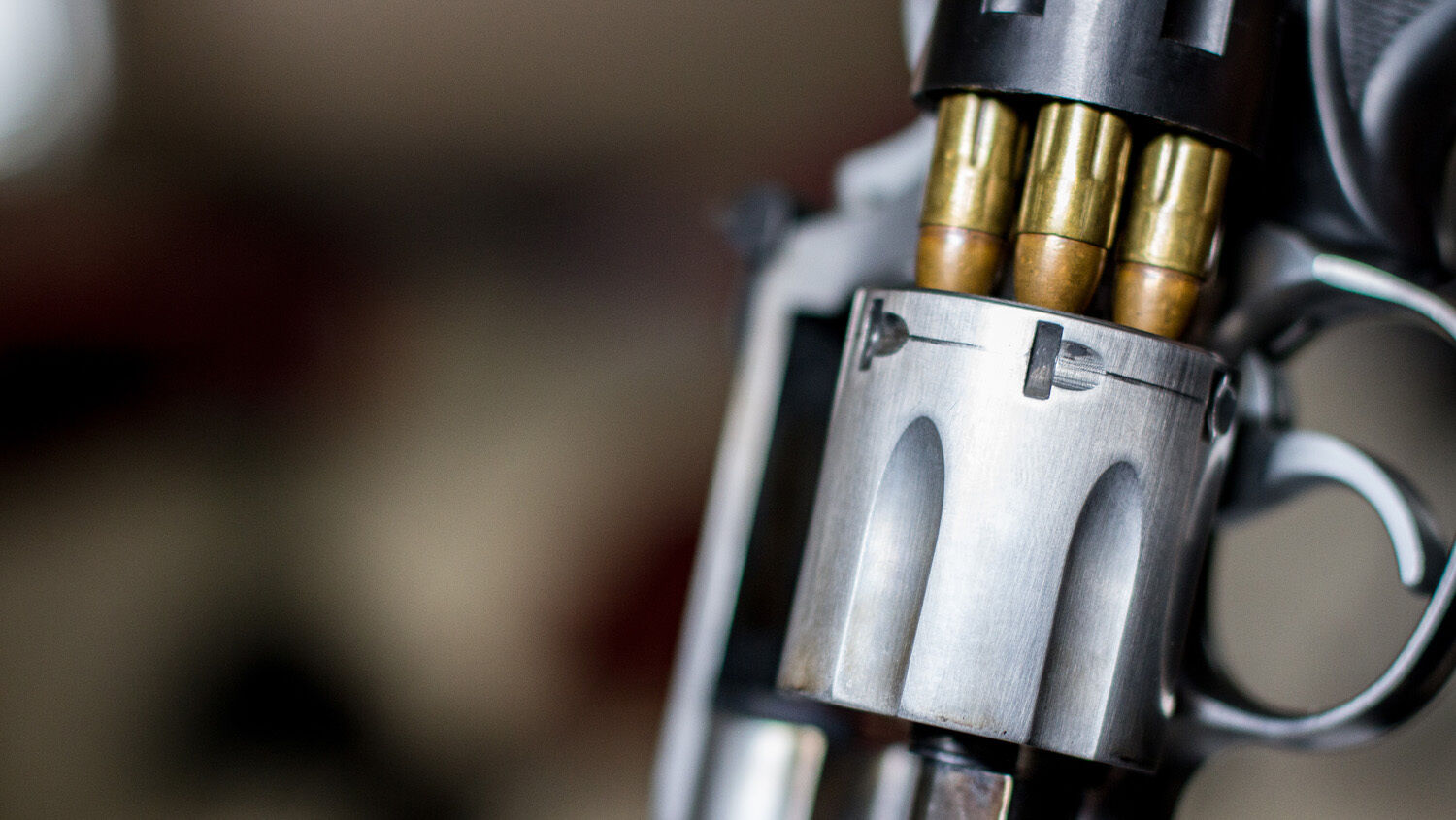 It’s never been about safety. It’s about power.

“I have never believed that additional gun control or federal registration of guns would reduce crime. I am convinced that a criminal who wants a firearm can get one through illegal, untraceable, unregistered sources, with or without gun control.” These aren’t the words of a Republican politician or conservative commentator. These are the words of Sen. Joe Biden before the Senate in July 1985.

Following the assassinations of President John F. Kennedy and Martin Luther King Jr., Congress passed the Gun Control Act in 1968. But less than two decades later, many politicians had noted that this most restrictive gun law in American history largely failed to solve any problems.

And so, in that same July Senate meeting, Sen. Orin Hatch quoted a University of Massachusetts study that “found no evidence that any gun control law had reduced the crime or violence rates.” In fact, the homicide rates increased after the restrictions were enacted. The lead researcher said he was actually predisposed toward gun control at the beginning of the study. However, the more his team looked into the facts, he “became less and less convinced that handgun bans and restrictive handgun laws can do anything to prevent crime.” They discovered that most of the time, lawful gun owners weren’t the ones committing violent crimes.

Senator Biden and 29 other Democrats agreed. Together with 49 Republican senators, they passed the Firearm Owners’ Protection Act. They had tried for gun control and found that it didn’t work.

But nearly four decades later, many Americans want to repeat the same mistake. Last week, Biden said that the constitutional right to bear arms “was never absolute.” Since recent tragedies like the ones in Uvalde, Texas, and Buffalo, New York, the gun control lobby has reached fever pitch. All of a sudden, almost every single shooting is being reported on.

Canada has already banned the sale of handguns. The Biden administration wants the same for America. It is taking advantage of real tragedies to advance a specific and dangerous agenda.

America has been arguably the freest nation in history. That is in large part due to the Second Amendment. Government tyranny has been routine throughout human history. But in America, the citizens have guns. They have the right and the means to defend themselves against government tyranny.

That is what the Second Amendment is all about. It protects all other freedoms the Constitution affords. And the government knows it. After the recent spate of gun violence, many on the left are eager to impose gun control measures; and they are willing to tear the Constitution to shreds in order to do this. Following the Uvalde shooting, Rep. Mondaire Jones said, “You will not stop us from passing [gun control]. If the filibuster obstructs us, we will abolish it. If the Supreme Court objects, we will expand. We will not rest until we’ve taken weapons of war out of circulation and out of our communities.”

Abolishing the filibuster, stacking the Supreme Court—these are Democratic objectives that predate the recent mass shootings. But now, such politicians are shamelessly trying to achieve their own objectives by pretending they care about the children killed in Uvalde.

They say their goal is to take “weapons of war out of our communities.” But if that were true, then they wouldn’t be selective about which tragedies to condemn. Over Memorial Day weekend, 51 people were shot in Chicago. Nine were killed. It was Chicago’s 971st shooting of the year.

A 2016 University of Pittsburg study found that 80 percent of firearms recovered at crime scenes had been illegally obtained. But these tragedies are always met with scant coverage and a handful of articles. Why don’t they receive the same coverage as Uvalde or Buffalo? If guns are the enemy, why are some tragedies reported while others aren’t?

Blaming guns is the easiest route. That doesn’t make it the correct one.

The left knows all these statistics. They know violent crime is a result of lawless individuals far more than law-abiding gun owners. They willfully choose to disregard the truth.

They don’t truly care about making America safer. They know that in an America without the Second Amendment, they could do whatever they will, instead of being a government of, by and for the people. The U.S. Constitution affords the American people a truly unique level of freedom. And because of the Second Amendment, the people have the means to defend that freedom.

The evidence proves that they don’t really care. That’s why the push for gun control isn’t about safety. It never has been.

It is about power.

Here’s what Trumpet editor in chief Gerald Flurry wrote about the calls for gun control: “Nightmares like this are part of the curses on our lawless society. … None of these responses will prevent more tragedies like this in the future. In fact, it is all a distraction that prevents us from dealing with the deeper sickness in our society.”

Lawlessness is the root of the problem. And the radicals overrunning America are determined to completely do away with the law. They want to take away people’s guns, do away with the filibuster, stack the Supreme Court, and so much more.

They are using the outrage over tragedies like Uvalde, to distract people from this real goal—the fundamental transformation of America from a constitutional republic into a Communist dictatorship.

Lawlessness is a sickness—one that, if untreated, will destroy society as we know it. Guns certainly can be used for great violence. But as the facts show, human beings are generally prone to acts of violence, with or without guns. Many Americans believe the Democrats could solve these problems if they were allowed to take away your legally obtained guns. Perhaps some Democrats sincerely believe that if they destroy America as we know it, they can rebuild a better country.

Democrat-run cities like Chicago show that they can’t. The truth is, only the Bible has the true solutions.

Many scoff at the idea of looking to the Bible for answers. But in the face of man’s clear inability to solve problems permanently, isn’t it worth at least considering? In fact, the Bible says this disregard of the Bible and its laws is at the heart of all the problems we see.

Here is God’s assessment of today’s society through the Prophet Isaiah: “[T]heir works are works of iniquity, and the act of violence is in their hands. Their feet run to evil, and they make haste to shed innocent blood: their thoughts are thoughts of iniquity; wasting and destruction are in their paths. The way of peace they know not; and there is no judgment in their goings: they have made them crooked paths: whosoever goeth therein shall not know peace” (Isaiah 59:6-8).

Mr. Flurry wrote about these scriptures:

You cannot make sense of the news of the day without the orientation provided by biblical prophecy. Commentators cannot provide any real context or meaning behind events like this. “We grope for the wall like the blind, and we grope as if we had no eyes: we stumble at noonday as in the night; we are in desolate places as dead men” (verse 10).

Meanwhile, God explains why these things are happening. And through Bible prophecy, He helps us see where they are leading.

If God is not in the picture, not only can we not understand events, but they will be leading to a catastrophic climax: human annihilation! (Matthew 24:21-22). That is a stark reality that the media and politicians are unwilling to face. If there is no God, we are not going to survive.

But there is a God. He is letting us go our own way to see that we cannot rule ourselves!

Those in government want to take your guns, your rights and your freedoms. They believe that once they have all the power, they can bring utopia. But look at how quickly society degenerates as we move away from the Bible-based Constitution. Look at the history of civilization. It is a history of war and violence. Only God can bring an end to the violence and bloodshed, and we have a part to play in that.

Please read Mr. Flurry’s article “The Real Solution to Mass Shootings and Violence” to learn how.