Investigators are looking for a motive. Here is what they need to understand. 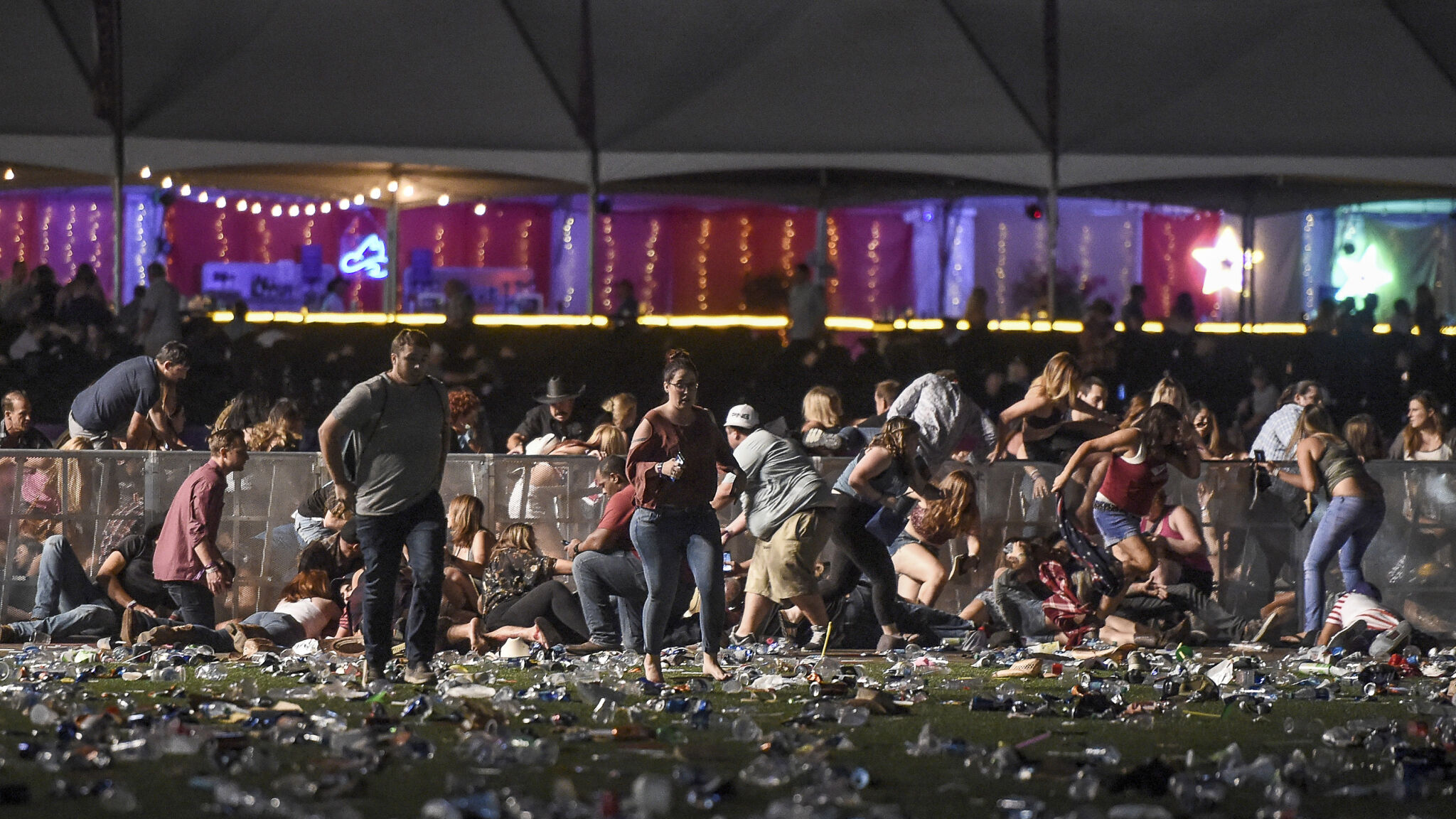 People flee at a country music festival in Las Vegas after a gunman fires on the crowd on October 1.
David Becker/Getty Images

Investigators are looking for a motive. Here is what they need to understand.

The modern world broadly denies the existence of the spiritual. It wants only material explanations.

But you cannot understand what happened in Las Vegas on the night of October 1 that way.

For 10 long, horrifying minutes, Stephen Paddock rained bullets on an open-air crowd of concertgoers from his room on the 32nd floor of a nearby hotel. He killed 58 people and injured 546 more in the deadliest mass shooting in American history. Then he shot himself.

Investigators are beside themselves trying to figure out why this man would commit such a bloody act.

Pure evil is baffling to people, even when they are looking right at it.

None of these responses will prevent more tragedies like this. In fact, it is all a distraction that prevents us from dealing with the deeper sickness in our country.

Nightmares like this are part of the curses on our lawless society. The Prophet Isaiah wrote, “[T]heir works are works of iniquity, and the act of violence is in their hands. Their feet run to evil, and they make haste to shed innocent blood: their thoughts are thoughts of iniquity; wasting and destruction are in their paths” (Isaiah 59:6-7). Our leaders are helpless to stop such attacks. The harder they try, the more violent society becomes, and the clearer it is that they have no answers. “The way of peace they know not; and there is no judgment in their goings: they have made them crooked paths: whosoever goeth therein shall not know peace. Therefore is judgment far from us, neither doth justice overtake us: we wait for light, but behold obscurity; for brightness, but we walk in darkness” (verses 8-9).

Commentators cannot provide any real context or meaning behind events like this. “We grope for the wall like the blind, and we grope as if we had no eyes: we stumble at noonday as in the night; we are in desolate places as dead men” (verse 10).

You simply cannot make sense of it without the orientation provided by the Bible.

A lot of people are becoming depressed by what is happening. One doctor suggested on television that the solution is simply to not watch too much of it. Get your mind off it and move on with your life. Is that really a solution? That might help a little bit for a short time, but you cannot ignore the bad news for long. It is filling the world more and more!

We need a much better solution than that.

Ignorance doesn’t solve anything. We must seek understanding and truth. The truth actually provides genuine hope.

Jesus Christ gave understanding about the real cause of tragedies like the Las Vegas massacre. He spoke explicitly about an evil spirit being, “the devil,” who “was a murderer from the beginning” (John 8:44). He called him “the prince of this world”—acknowledging his widespread malevolent influence (John 14:30). He knew that He Himself would be brutalized and murdered by this “power of darkness” (Luke 22:53).

How much do you know about this dangerous being? The Apostle Paul warned that if we are ignorant of him, he will “get an advantage of us” (2 Corinthians 2:11).

Scripture reveals that Satan is not alone: He rules over millions of demons. It also shows that in this end time, he and his demons have been confined to this Earth, which brings terrible woe on all of us who live here! (Revelation 12:9, 12).

Think on the blood- and tear-soaked streets of the Las Vegas Strip to get an idea of the fathomless woe these diabolical spirits can cause!

Sadly, their lethal, hellish influence is growing, and it is going to get even worse! More and more people are inviting demonic presence into their lives. They are saturating their minds in evil entertainment; they are giving in to evil, hateful emotions; they are becoming addicted to prescription drugs in record numbers; they are taking other dangerous mind-altering substances—all of which make it far easier for demons to manipulate their thinking! The number of unstable people in this world is growing rapidly.

If you let Satan get to you, you can end up doing some abominable things!

In Las Vegas, authorities are looking for motives. This is the motive: “for the devil is come down unto you, having great wrath, because he knoweth that he hath but a short time”!

That verse has bad news—but also very good news! Satan’s time left on Earth is “short”! He is about to be kicked off his throne on this Earth and banished by the King of kings (Revelation 20:1-2).

However, in the short term, our world is going to experience worse and worse atrocities as Satan’s great wrath reaches unparalleled heights! A demoniacal gunman firing on a crowd is only the start. Look around at the explosion of crises plaguing our world: weather disasters, racial hatred and social unraveling, economic volatility, international instability, nuclear proliferation!

Christ prophesied that these problems would culminate in a short period of the worst suffering in human history! (Matthew 24:21).

The world keeps looking for material explanations—even as it gets consumed in spiritual darkness!

If you leave God out of the picture, not only can you not understand events, but they will lead to a catastrophic climax: human annihilation! (verse 22). This is a stark reality that the media and politicians refuse to face. If there is no God, we are not going to survive.

But there is a God. He is letting us go our own way for the time being so we can see that we are unable to properly rule ourselves!

You know, if you have lived a while, that you can’t solve your problems. I couldn’t. I just made a disaster of my life trying to do things my way. I had to learn that that would never work!

What sort of disasters will it take before people learn that lesson?

“And take heed to yourselves,” God says in Luke 21. Watch yourself! You cannot trust your human nature. You cannot trust anybody but God. Take heed, “lest at any time your hearts be overcharged with surfeiting, and drunkenness, and cares of this life, and so that day come upon you unawares. For as a snare shall it come on all them that dwell on the face of the whole earth” (verses 34-35).

This is a promise from God. Nightmares are not going to be restricted to cities like Las Vegas and pockets of the world. Tribulation is coming upon all those on this whole Earth. God is going to correct all people!

So here is what you need to do, and we all need to do: “Watch ye therefore, and pray always, that ye may be accounted worthy to escape all these things that shall come to pass, and to stand before the Son of man” (verse 36).

Moffatt translates that verse as, “From hour to hour keep awake”! Keep awake! A lot is happening in this world, and we need to be paying close attention!

If we do that and put our trust in God, we don’t need to fear what is happening in the world. We desperately need the vision and hope that only God supplies.

Of course, we are human and we can get cowardly. I can, too. But I know that if I put my faith and trust in God, He will do exactly what He says. He fulfills His word every single time! And that includes His unbreakable promise to remove and banish Satan the murderer and to establish His wonderful Kingdom on Earth!