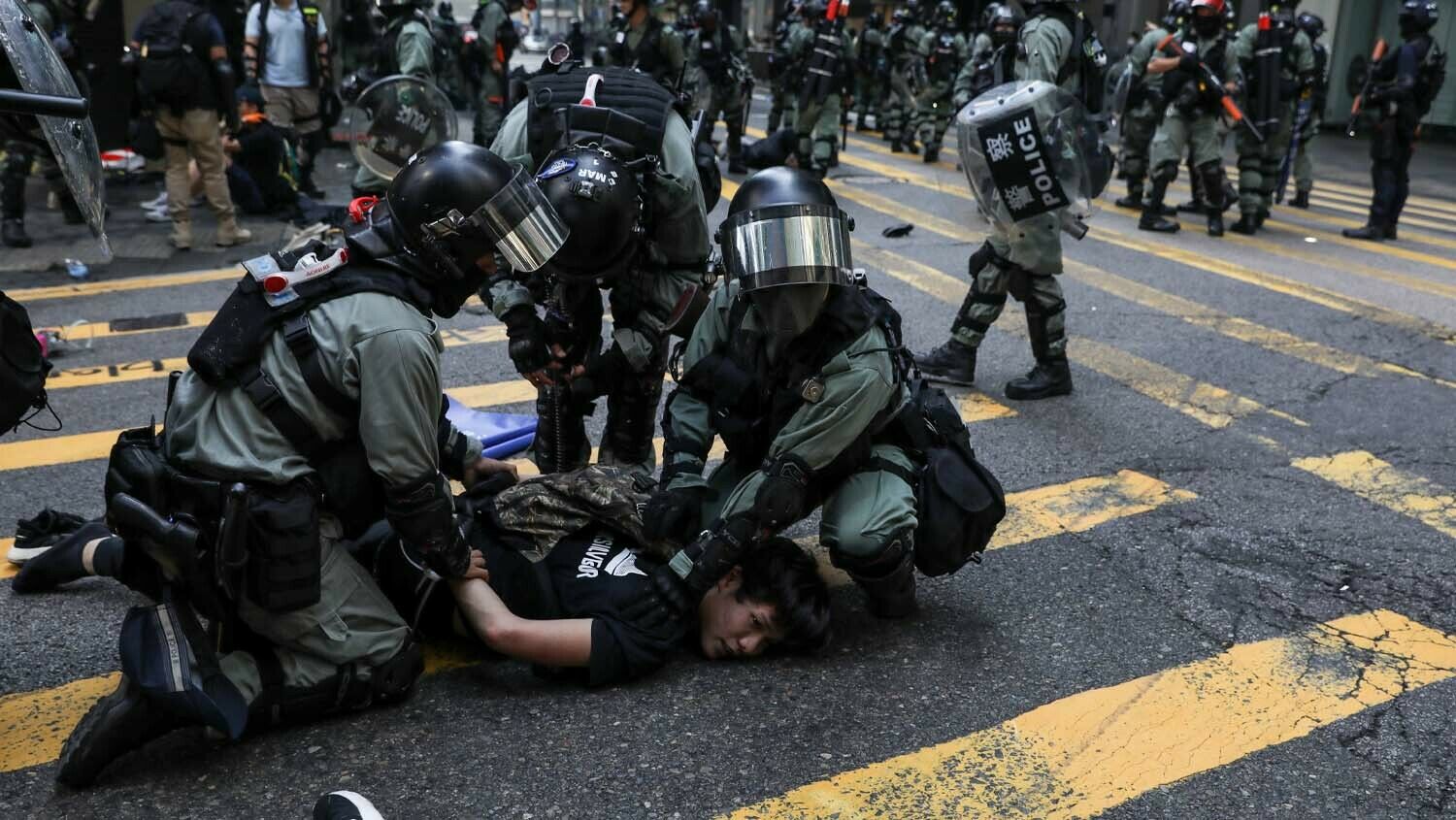 Freedom of the press is under attack.

You wake up in your apartment on the 30th floor of a skyscraper in a modern glass-and-steel metropolis. You get ready for work and turn on the computer to look through the news while you eat your breakfast. Only, you notice that your normal news website isn’t functioning anymore. At work, a colleague tells you the government shut down your favorite paper for “national security concerns.” When you get home from work, you call your expat friend who worked for the paper to see how he was doing. He tells you that he’s packing his bags and moving to another country.

This is what the people of Hong Kong deal with on a regular basis.

The Wall Street Journal reported on December 29 that the Hong Kong government shut down Stand News. The territory’s National Security Department arrested seven people affiliated with the local news medium under suspicion of “conspiracy to publish seditious content.” This prompted the paper to close.

A few days later, another Hong Kong news medium closed its doors; Citizen News dissolved itself on January 3, citing pressure from the government as the reason.

Both mediums were critical of mainland China’s influence in Hong Kong. They were among a handful of remaining outlets willing to criticize Hong Kong’s pro-China tilt. Ever since the handover from British to Chinese sovereignty in 1997, Hong Kong’s government has steadily restricted civil liberties. The ultimate goal is assimilation into mainland China. Many of Hong Kong’s over 7 million people have an issue with that. Many turned to newspaper outlets unwilling to toe the government’s line. So Hong Kong Chief Executive Carrie Lam has been hunting those outlets down.

One of the biggest casualties of her purge of independent media was Apple Daily. Apple Daily was Hong Kong’s major pro-democracy newspaper before it was shut down in June 2021. But while Apple Daily may have been among Lam’s biggest targets, it wasn’t the only one. And as recent events show, it wasn’t the last.

The government doesn’t have to forcibly close papers. As the example of Citizen News demonstrates, all it has to do is to harass them long enough until they give up.

“We haven’t changed,” said chief editor of Citizen News Daisy Li. “It’s the exterior, objective environment that has changed. As the chief editor, I’m not able to decide whether this story, that reporting or this quote, if published, will violate the law in this changed environment.”

Most media closures took place after the passing of the controversial National Security Law. Originally drafted in 2019, it would have allowed extradition of some convicted of certain crimes to mainland China. This would have included journalists. That bill was never passed—so Beijing instead passed its own National Security Law in 2020. This law allows the government to arbitrarily attack Hong Kongers it deems guilty of “terrorism,” “secession,” “subversion” or “foreign interference.” Reporters Without Borders states that “these charges opened the way to arbitrary arrests of journalists.” Among those charged under the National Security Law was Jimmy Lai, Apple Daily’s founder.

“The latest closures are the final chapters in the demise of independent media in Hong Kong, a city that once had some of the freest and most aggressive news media in Asia,” wrote Austin Ramzy for the New York Times. “Now, as Beijing continues a sweeping crackdown on the city, the journalists who once covered the city’s protests and politics are increasingly either under arrest or out of work, without anywhere to publish.”

In November, the Foreign Correspondents’ Club, Hong Kong published that about 34 percent of surveyed Hong Kong-based journalists said they were thinking about leaving Hong Kong due to pressure from the government. Even the New York Times moved part of its Hong Kong-based staff to Seoul, South Korea, to avoid problems with the National Security Law.

But it’s not only media groups exiting Hong Kong; other organizations are also feeling the pressure. In October, human rights organization Amnesty International announced it would depart Hong Kong by the end of the year. Amnesty International previously ran two offices in the city, one of them a regional base. “This decision, made with a heavy heart, has been driven by Hong Kong’s National Security Law, which has made it effectively impossible for human rights organizations in Hong Kong to work freely and without fear of serious reprisals from the government,” said Anjhula Mya Singh Bais, chair of the organization’s board.

Several lessons can be drawn from what is happening in Hong Kong. It is a textbook example of what happens when a region lets China take over. It also shows how decolonization wasn’t the cure-all many saw it as. But one of the most profound lessons it teaches is how fragile freedom of the press is.

Hong Kong was, until recently, a model of progress and liberty in Asia. And it still has an enviable society in many ways. In 2020, Hong Kong scored the fourth-highest place in the Human Development Index Ranking. That same year, the territory had a gross domestic product of $346.7 billion—that’s larger than many major economies, including South Africa, Chile and New Zealand. In 2021, Hong Kong rose 35 places in the Global Livability Ranking, taking the 58th place. Hong Kong is in many respects very much still a First World society.

Yet it has to deal with a media landscape more characteristic of dictatorships.

This didn’t happen overnight. In 2002, when Reporters Without Borders started its World Press Freedom Index, Hong Kong scored near the top of the list at 18. In 2019—the year Carrie Lam tried to introduce her security bill—Hong Kong had fallen to 73. A year later, it fell further to 80.

Hong Kong under Chinese rule was never a democracy. But its standard of living and levels of personal freedom were comparable to democracies. Within a few short years, those personal freedoms started to be taken away. And it started with freedom of the press.

One may reason, If you’re not a journalist, this doesn’t impact you. But it’s not that simple.

A free press allows a society to express different opinions without repercussion. It gives the public citizen the right to know what his government is up to without fear of retribution. It represents a society that values truth, transparency and protection of individual liberty. It protects freedom of consciousness.

When freedom of the press goes, the protection it gives goes with it. And soon, other freedoms follow it to oblivion.

Carrie Lam’s policies are blatant. But Hong Kong isn’t the only place where the press is being muzzled. Twitter, Facebook, YouTube and others have policies of censoring media groups they don’t agree with. Britain’s archbishop of Canterbury Justin Welby recently congratulated them for this. America’s National Security Agency was caught spying on Fox News host Tucker Carlson last year. Russia ordered the country’s oldest human rights organization to dissolve. It makes one wonder if media everywhere will fall under one giant unofficial national security law—even in the so-called free world.

It’s easy to get depressed by these circumstances or to be confused why this is happening. But as Christ said, “[T]he truth shall make you free.”

Uncensored access to the truth has never been more important. It’s also never been more vulnerable. That’s one of the reasons we publish our magazine: to get the truth out there. Christ also said, “[F]reely ye have received, freely give” (Matthew 10:8). We take this literally and distribute our monthly print magazine free, without cost or obligation. God commands in Revelation 10:11 to deliver the truth to “many peoples, and nations, and tongues, and kings.” TheTrumpet.com is available in Spanish, French, German and Dutch. Our mission is to reach the largest audience possible—regardless of any policies of the Hong Kong government or anyone else.