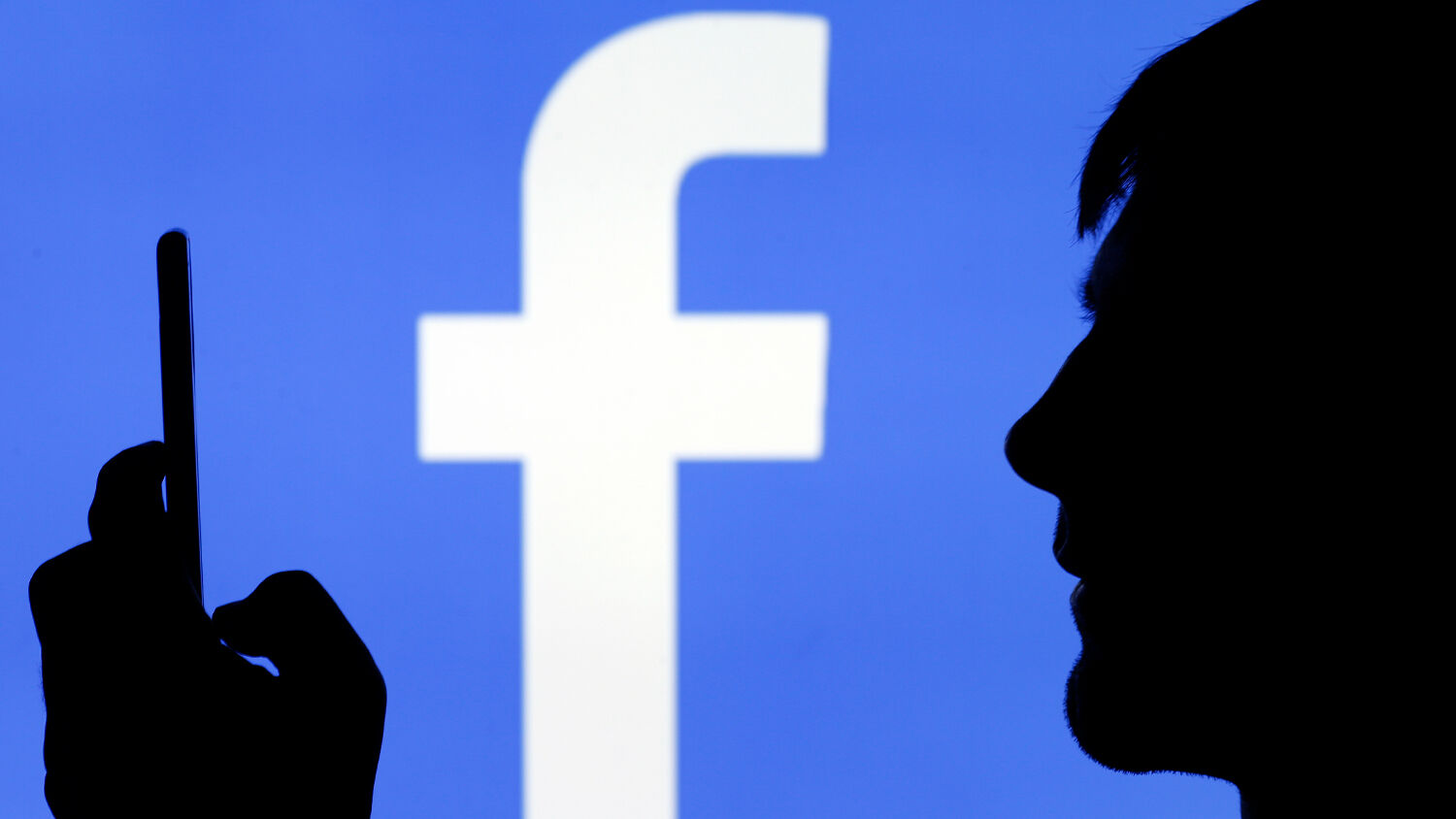 As the presidential election approaches, Big Tech companies are censoring stories critical of Democratic Party presidential candidate Joe Biden. On October 14, the New York Post published a story on how Hunter Biden introduced a top executive at a Ukrainian energy company to his father, Joe Biden. Since Joe Biden was the vice president of the United States at the time, this revelation raised concerns that the Biden family was trading political favors for lucrative business contracts. Yet only two hours after this story was published online, Facebook announced that it was deliberately changing its search algorithms to limit user’s ability to discuss or share this story. Twitter went a step further and locked the account of the New York Post.

Social media executives say they blocked the New York Post story because it contained personal e-mails from Hunter Biden to Ukrainian officials, reportedly recovered from a laptop that Biden abandoned at a repair shop.

This is not the first time that a Big Tech company has censored stories critical of Biden. A study by the Media Research Center found that Facebook and Twitter have censored President Donald Trump 65 times since May 2018, while Biden has never been censored. “Twitter has been far and away the biggest offender, labeling, fact-checking, and removing Trump’s tweets and the tweets from his campaign accounts 64 times since the president’s election,” Corinne Weaver and Alec Schemmel wrote. “A video attacking Antifa was removed from the platform, because it violated the platform’s ‘organized hate policy’ for featuring an upside-down red triangle. The ad asked supporters to sign a petition and ‘stand with your President and his decision to declare antifa a Terrorist Organization.’ The ad was removed from both the president’s page and his campaign’s page.”

Even though Facebook and Twitter are private companies, government officials are encouraging them to continue censoring Republican politicians and conservative viewpoints. Democratic leaders Hillary Clinton and Adam Schiff have demanded that social media companies do more to combat “fake news” via censorship.

Harvard law professor Jack Goldsmith and University of Arizona law professor Andrew Keane Woods recently published an article in the Atlantic declaring, “As surprising as it may sound, digital surveillance and speech control in the United States already show many similarities to what one finds in authoritarian states such as China. … In the great debate of the past two decades about freedom versus control of the network, China was largely right and the United States was largely wrong. Significant monitoring and speech control are inevitable components of a mature and flourishing Internet, and governments must play a large role in these practices to ensure that the Internet is compatible with a society’s norms and values.”

In the run-up to the 2016 U.S. presidential election, Google employees used a variety of means to boost Hillary Clinton and damage Donald Trump. One study presented at the 97th annual meeting of the Western Psychological Association found that pro-Clinton search results were “more than twice” as common on Google as on Yahoo. And a separate study by Leo Goldstein found that Google searches suppressed conservative sites like Drudge Report, PJ Media and American Thinker.

In May 2019, undercover investigators working for Project Veritas secretly recorded a conversation with Jen Gennai, the head of responsible innovation at Google, a department established to manage artificial intelligence “fairness” and “ethics.” Gennai said Google is specifically engineering its algorithms to prevent a repeat of the 2016 presidential election. An anonymous Google insider told Project Veritas that Google is using something it calls “machine-learning fairness” to promote its political agenda. Leaked documents show that this tool uses “artificial intelligence” to accomplish a very human goal: promote a liberal agenda. When you search for something using Google, the company’s leadership and “responsible innovation” team have engineered your search results to promote liberalism and suppress conservatism.

This is deeply concerning, as Google is the most popular search engine in the world. More than 90 percent of all online searches worldwide are conducted through Google or its subsidiary YouTube. Now engineers are deciding what information should be available to U.S. citizens by filtering websites from their platform.

At a Senate Judiciary Committee hearing on July 17, 2019, Dr. Robert Epstein testified that Google influenced millions of votes in the 2016 elections through its manipulative search-engine techniques. Dr. Epstein, who has conducted extensive research on search-engine bias, further warned that 15 million votes are at stake in the upcoming election. “Google algorithms are having a dramatic impact on the thinking, behaviors, attitudes, beliefs, purchases and voting preferences of 2½ billion people, right now,” Epstein told Breitbart News. “That’s the power they have. That’s the power they’re exercising. This is what a totalitarian regime does. This is not a monopoly. A monopoly fixes prices. That’s not what this is. This is way beyond that. This is a repressive government. This is a totalitarian, authoritarian government that at this point rules much of the world.”

Bible prophecy has a lot to say about an evil movement that casts truth to the ground in the end time.

“Yea, he magnified himself even to the prince of the host, and by him the daily sacrifice was taken away, and the place of his sanctuary was cast down. And an host was given him against the daily sacrifice by reason of transgression, and it cast down the truth to the ground; and it practised, and prospered” (Daniel 8:11-12). Anciently, Seleucid Emperor Antiochus Epiphanes fulfilled this prophecy when he desecrated the temple in Jerusalem with an idol bearing his likeness. But the book of Daniel is primarily for the end time (Daniel 12:4), meaning this prophecy about Antiochus has a dual fulfillment—it is prophecy for today.

Trumpet editor in chief Gerald Flurry explains in his booklet America Under Attack that there is more than one Antiochus figure on the scene today. There is a spiritual Antiochus who “cast down the truth to the ground” inside God’s Church. And there is also a political figure that comes in the spirit of Antiochus to “cast down the truth to the ground” in the United States. As the most biblically hostile U.S. president in history, Barack Obama fulfilled the role of America’s political Antiochus. He is out of office now, but his administration and its allies in the media are still at work. This is a major reason why truth is under attack as never before.

A haze of deception enshrouds the world. When people do not sincerely love the truth, they come to believe lies (2 Thessalonians 2:9-12). Antiochus and his “host” of supporters are able to “cast down the truth to the ground” by “reason of transgression.” The devil is empowering this “host” to exploit America’s lawlessness and lack of faith. American society has rejected most of the biblical truths it once understood, and it is not receptive to learning biblical truths it doesn’t understand. The one and only way to defeat the devil, defend the truth, and solve our problems is to stop transgressing God’s law and fervently pray for more faith.

America Under Attack
Are you concerned about where the current administration is leading this country? Whether the nation can survive the next four years? It’s worse than you think, and there is only one way to solve this gigantic problem.

Daniel—Unsealed at Last!
What happens when God gives His Church new revelation? Satan always directs his most ferocious attack against God’s people. The Prophet Daniel battled mightily to receive God’s revelation and recorded the struggle; yet in his lifetime, he never understood what God gave him. He was told that the meaning of the revelation would come in “the time of the end.” Then he got even more specific and prophesied what would happen in the “last end”—or the end of the end time. That time is now! Imagine the fate of God’s people who understand and must deliver Daniel’s revelation! Still, they have a much greater power than Satan supporting them as they deliver the most important message in this world.