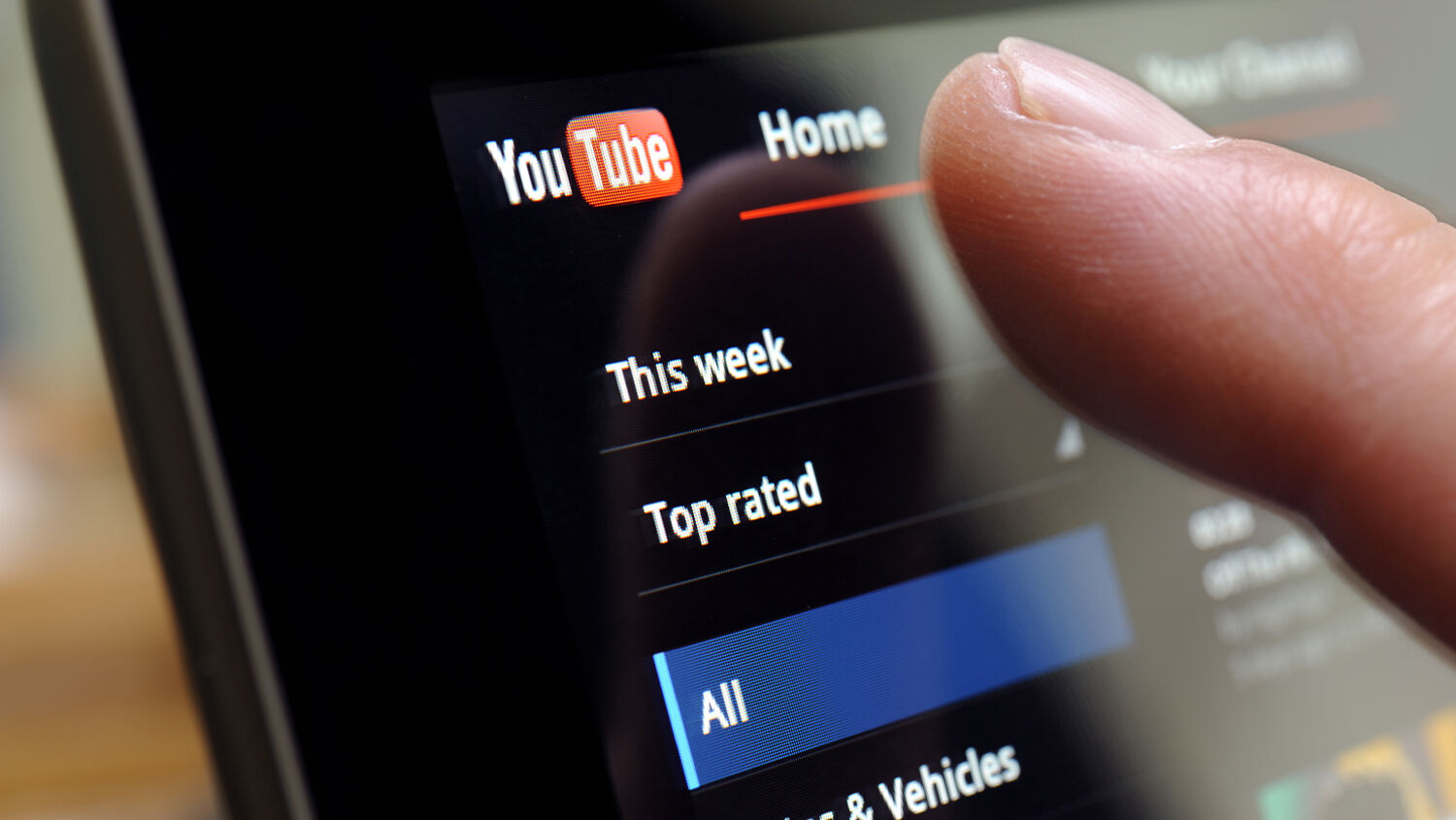 We knew it was coming. And we know more is coming. On January 18, YouTube began its first act of censorship against the Trumpet channel (YouTube.com/user/TheTrumpetDaily) and issued us a “community guidelines strike.”

We have a message to get out—as much as we can and in as many ways as we can. Our goal, our “business model,” our commission, our duty, is not to gain money or power or glory. Our goal is to reach the largest audience possible with the most powerful message from God possible. We rely in faith on God for the means to accomplish that work.

One way to reach the largest audience possible is to post the message to YouTube, which has about 2 billion users worldwide. We have been doing that for almost 10 years. This is our first “strike,” and it blocked us from uploading live content or recorded content for a week. It was YouTube’s punishment for our January 13 video “The Darkness Before Dawn” and for our January 15 show “The Prophet Amos and His Burdensome Warning,” which were up for a few days before YouTube editors, or censors deleted them.

How appropriate that YouTube banned a Trumpet video on Amos that said “the land cannot bear all his words” applies to the Trumpet!

The YouTube gatekeepers are now permitting the Trumpet to upload content to the channel again, but if they choose to issue two more strikes against our channel, they will permanently delete it.

Our censored “The Darkness Before Dawn” program discussed the violent events at the United States Capitol on January 6. Since that event, the Trumpet has repeatedly told you God’s position: All lawbreakers, whether pro-Trump or anti-Trump, should be held accountable for their actions. You can see that message in our programs from before January 6, and you can see it in our programs from after January 6.

Issuing a strike against the Trumpet for “inciting violence” is a smear campaign against our organization. It is an attempt by Big Tech companies to censor opposing views by framing those they disagree with as terrorists.

Google’s motto used to be “Don’t Be Evil.” Its parent corporation’s motto is now “Do the right thing.” You can be the judge of whether those mottoes are true, or whether they are themselves deceptive.

You can see why one of President Donald Trump’s priorities was to repeal Section 230. It’s part of a 1996 law that shields providers of “an interactive computer service”—like Alphabet, the $162 billion conglomerate that owns YouTube—from being “treated as the publisher or speaker of any information” provided by its users. Meaning: no lawsuits. Yet the same law gives these companies the power to censor whatever content they want to censor. So they can wield the most basic power of a publisher without the accountability or lawsuits faced by a publisher.

And you can be the judge of whether YouTube executives are right when they say that you are going to be deceived or spammed or turned into a “violent criminal or terrorist” by watching “The Darkness Before Dawn” on a channel that does not ask for money, that does not support any political party or ideology, and whose only purpose is to warn you to repent toward God!

Listen to that episode and judge for yourself.

If we—or you—hold beliefs that conflict with or even slow down the radical agenda of the media-tech-political complex, they are ramping up to do everything in their considerable power to shut you up and shut you down.

My father, Trumpet editor in chief Gerald Flurry, said this would happen four years ago if the Democrats retained power:

Had Hillary Clinton been elected, the destructive trends that unfolded during the Obama presidency would have continued unchecked, and they surely would have intensified. Many people—including me—believe it would have meant an end to our constitutional republic!

Look at what radical liberal media and tech executives did to drag Joe Biden into power. Executives at Twitter and Facebook outright and blatantly banned people from finding out about the horrid information on the laptop of Biden’s own son. And they didn’t even manage to provide a good excuse as to why. When it came to their attempts at explaining their logic and their “principles,” they were clearly just fumbling their way through until they could get Mr. Biden inaugurated. But when it came to exerting raw power over information, they knew exactly what they were doing.

Now Joe Biden is wielding the power of the presidency, and look at what his media and tech allies are already doing. They are threatening and purging voices like the Trumpet.

If the government continues to grant these companies special protections to wield their power—and especially if it colludes with them on their shared ideological agenda—you are definitely seeing the end of free speech in America. Is that even a controversial statement to make? Free speech in America has a beginning. It also has an end.

That prophecy I spoke about in “The Darkness Before Dawn” says that someone in this modern era would be speaking for God, like the Prophet Amos did thousands of years ago. It says that this man’s message will spread—not by wealth or power or connections or by working out compromises with the wealthy, the powerful and the connected. It will spread by God’s intervention—by miracles! It will spread far beyond the scope it has reached so far. Those who oppose it will be unable to dismiss it as insignificant. They will have to mischaracterize it as “dangerous,” like YouTube has. They will finally say, “The land cannot bear his words”!

You can bear them. We hope and pray that you will continue to hear them. We try to get those words from Trumpet editor in chief Gerald Flurry into basically everything we produce. And although we are still on YouTube, Facebook, Twitter and Soundcloud, it is a good idea to start—today—going instead straight to our website, theTrumpet.com/go/tdrs.

We know that more censorship, more persecution, is ahead for God’s message. That was the case for Amos. That was the case for Jesus Christ. But this message is from God, and we rely on Him to open doors, open windows, open whatever we need to reach the largest audience possible—before the Amos 8:11 famine “of hearing the words of the Lord.” It’s up to you to act on it—not just agree with it, act on it—while there is still time.