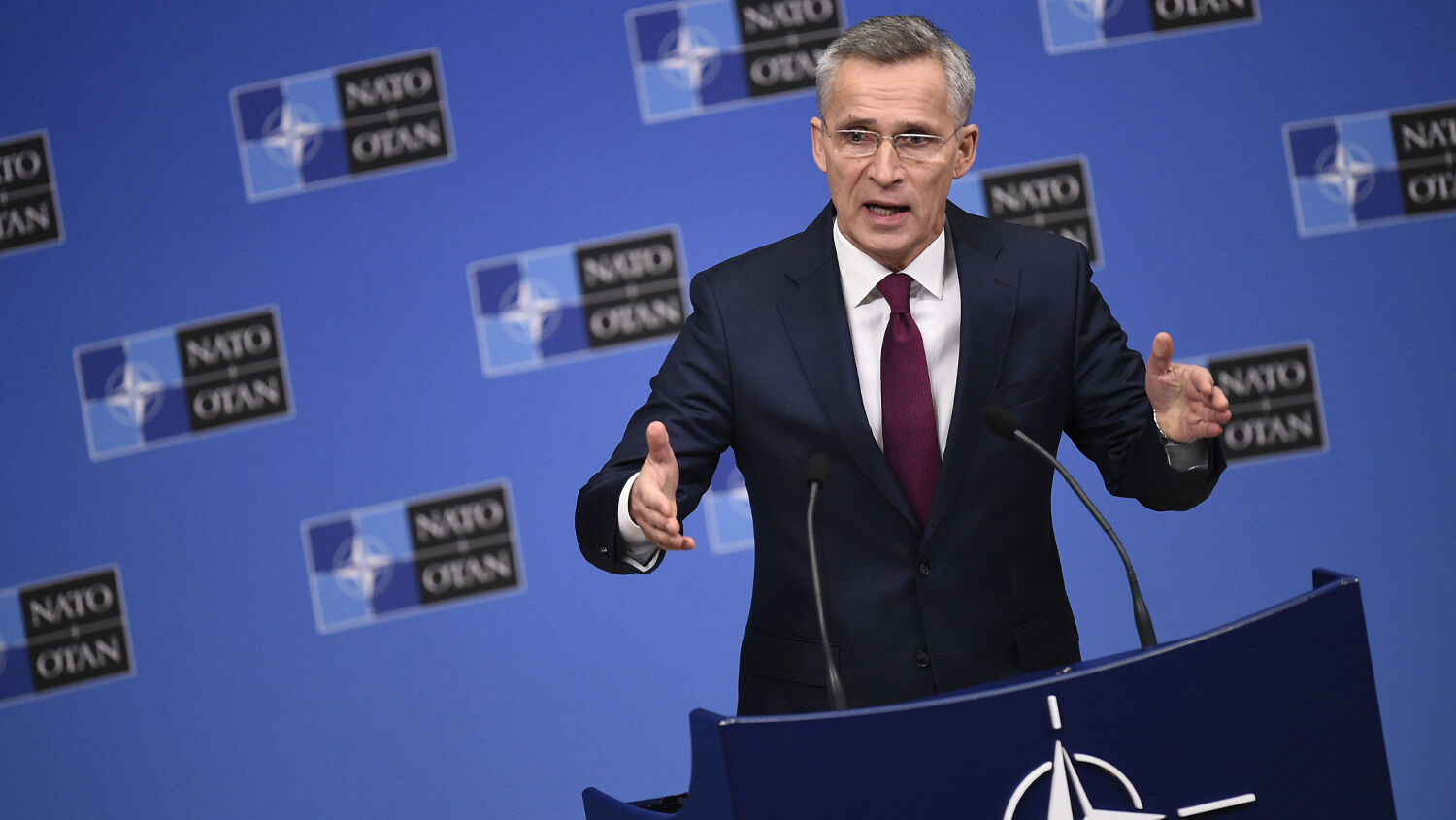 Would a nuclear-armed Germany strengthen or weaken NATO?

The North Atlantic Treaty Organization ought to station new nuclear weapons in Eastern Europe, Secretary General Jens Stoltenberg implied in a speech at the German Atlantic Association in Berlin on November 19.

His speech came as nato is pressured with various threats in Europe. Belarussian President Alexander Lukashenko has been funneling Middle Eastern migrants into Europe since the summer. Russian President Vladimir Putin is threatening to cause another war in Bosnia-Herzegovina. China’s military rise is spooking many worldwide.

What potential solutions did Stoltenberg suggest for these crises?

First, he called for more cooperation between nato and the European Union. “nato and the EU are different organizations, with different members, different roles and different tools,” Stoltenberg said. “But more than 90 percent of EU citizens live in a nato country. So we face the same security threats. We share the same values.”

He continued: “And we have lifted our cooperation, the cooperation between nato and the EU, to unprecedented levels. My ambition is to strengthen our partnership still further.” Stoltenberg announced “a new joint declaration between the two EU presidents and myself to chart the way forward for further strengthening nato-EU cooperation.”

Second, he called on Germany to continue its commitment with nuclear sharing.

During the Cold War, the Soviet Union’s military juggernaut threatened Western Europe with a nuclear attack. America countered this through nato’s nuclear-sharing program. American nuclear warheads would be stationed in European countries: Germany, Italy, Turkey, Belgium and the Netherlands. These nuclear weapons are partially integrated into their host nations’ military structures. There are about 100 such U.S. nukes in Europe. Germany holds approximately 20 of these nuclear bombs in Büchel Air Base.

Rolf Mützenich, chairman of the Social Democratic Party (spd) in Germany’s parliament, said last year that Germany should get rid of the U.S. nukes. He called to “exclude the stationing of U.S. nuclear weapons in the future.”

The spd is now about to take over Germany’s government. Figures like Mützenich will become more influential. Some wonder if this means America’s nuclear weapons in Germany will become a thing of the past.

“Germany has a special responsibility to keep nato strong,” said Stoltenberg. “I count on Germany to remain committed to nato’s nuclear sharing. It is our ultimate security guarantee. Our aim is a world free of nuclear weapons. But as long as others have them, nato must have them too.”

“The nuclear weapons we share in nato provide European allies with an effective nuclear umbrella,” he said. “This, of course, also includes our eastern allies.” That last sentence has drawn speculation from some that nuclear sharing could be expanded to include nato members in Eastern Europe like Poland. That’s how Russian state mediums RT and Sputnik interpreted Stoltenberg’s comments.

That may be putting words into Stoltenberg’s mouth. But Poland acquiring American nuclear weapons through nato may not be that far-fetched. Poland hasn’t signed the Treaty of the Prohibition of Nuclear Weapons and has voted against United Nations resolutions calling for its mandatory adoption. Former U.S. Ambassador to Poland Georgette Mosbacher suggested Poland could take over Germany’s nukes should Berlin decide to get out of nuclear sharing. In 2015, Poland’s then-deputy defense minister (and current ambassador to nato) Tomasz Szatkowski contemplated Poland joining nuclear sharing.

nato’s first secretary general, Hastings Ismay, said that the purpose of nato is “to keep the Russians out, the Americans in and the Germans down.” The alliance was formed in the aftermath of World War ii, which Germany started. nato was a way for Europe to be secure from a Soviet invasion without having to completely rearm itself.

That was in the 1940s and 1950s. Today, nato is the vehicle to let Europe rearm. Today, the nato secretary general is almost pleading that Germany keeps its nuclear weapons.

Even when arguing for cooperation with the EU, Stoltenberg expressed reservations. “At the same time,” he said, “we must avoid creating parallel structures in the EU, that would compete for the same, limited, pool of resources and forces that we rely on for our nato alliance. What we need is new capabilities. Not new structures.”

Stoltenberg is the former prime minister of Norway. Norway is not an EU member state but shares a small border with Russia. Norway wouldn’t have as big of an interest in seeing the EU rise as a military power, but it would have an interest in checking Russian power. Stoltenberg seems to think arming Europe is one of the best ways to do that, including arming Europe with nuclear weapons.

Is that a good idea?

Stoltenberg spoke out against the EU forming military structures to compete with nato. But it’s plain that this is what many Europeans want. In 2018, French President Emmanuel Macron said that Europeans “have to protect ourselves with respect to China, Russia and even the United States of America.” This September, European Commission President Ursula von der Leyen called for a European army, saying “there will be missions where nato or the United Nations will not be present but where Europe should be.”

Europe sounds ready to have its own military—independent of the U.S.-led nato. Yet despite this, Stoltenberg is pushing to keep American nuclear weapons in Europe.

Where will this lead?

“Nuclear weapons are a horrific menace,” wrote Trumpet editor in chief Gerald Flurry in his 2014 article “Europe’s Nuclear Secret.” “Two hundred of them are enough to destroy the whole world! Yet America has given those bombs to these five nations—two of which were our bitter enemies just 70 years ago!

“The crucial question is, does the United States really have control over these bombs?”

If America were to lose control of those bombs—even to a seemingly friendly Europe—this would make the world a much more dangerous place. It would be, as Mr. Flurry wrote, “the kind of mistake that will have terrible real-world consequences.” To learn more, please read “Europe’s Nuclear Secret.”