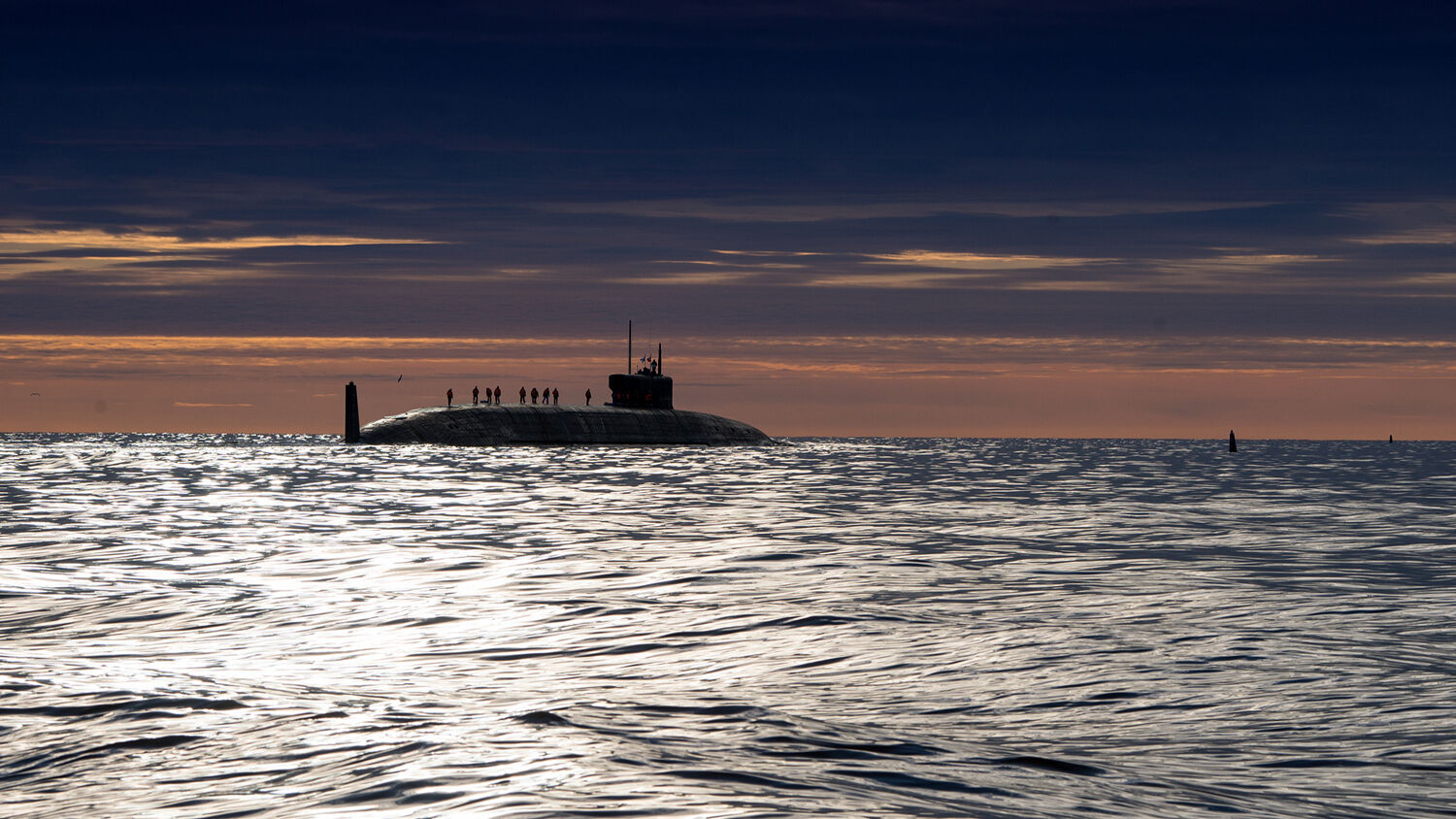 A nuclear-powered ballistic missile submarine sets off on its first sea trial in the White Sea.
Oleg Kuleshov/TASS/Getty Images

The Russian Navy commenced sea trials for the K-329 Belgorod nuclear submarine (Oscar-ii Class) on June 25. Belgorod, the largest submarine built in 30 years, was tested on the White Sea in Russia’s northern coast. After 28 years of construction, it’s expected to be approved for use later this year.

Estimates to the exact size of the submarine vary. Forbes estimates the length of Belgorod’s hull to be 604 feet. That’s roughly the size of six blue whales end to end. It is the longest submarine in the world and the heaviest built in Russia since the Cold War. An anonymous source told tass that Belgorod is to enter Russia’s Pacific fleet.

The submarine will be nuclear-powered and equipped with six Poseidon 2M39 torpedoes. Poseidon, nicknamed a “doomsday” device, can hit the ocean floor with a 100 megaton thermonuclear explosion. This would create a radioactive tsunami that could wipe out entire cities. We wrote on April 15: “The resultant waves would span thousands of miles of land, rendering the area uninhabitable for decades.” Poseidon torpedoes can be deployed from anywhere in the world and cannot be stopped by any conventional weapon. The Poseidon torpedoes won’t be ready to deploy for a few years, which means Belgorod won’t be fully operational immediately.

Belgorod will function as the “mother ship” of Losharik, a 200-foot-long submarine designed for seafloor work. Losharik is suspected to be a “spy sub” built to tap into or sever underwater communications cables.

Centuries ago, Peter the Great saw that if Russia were to become a great power, it needed a great navy. Russian President Vladimir Putin has taken Peter’s vision and run with it. Belgorod is a giant declaration from Moscow that Russia means business.

What kind of business? Consider that Belgorod is named after a city on the border with Ukraine.

Belgorod’s launch comes on the heels of an incident off the coast of Crimea, when a British warship approached the peninsula’s waters. Britain recognizes Crimea as Ukrainian territory and wanted to demonstrate as much. Russia claims to have fired warning shots at the British ship for entering its waters; the British government contests this narrative.

Circumstances would be very different if a vessel like Belgorod had fired a warning shot.

In the aftermath of Russia’s 2008 invasion of Georgia, Trumpet editor in chief Gerald Flurry wrote: “Russia’s attack on Georgia in August marks the beginning of a dangerous new era in history. This was the first military strike of a rising Asian superpower—and there will be more! … We have witnessed the beginning of a new era!”

Since then, Putin has restored Russia as one of the world’s great powers. He has gobbled up bit by bit of Ukrainian territory. He has launched several brazen chemical weapons attacks against enemies. He has engineered Russia’s political system to make him Russia’s longest-serving ruler since Peter the Great. Recent history proves 2008 was only the beginning of a dangerous new direction for Russia.

The launching of Belgorod shows that, like Czar Peter before him, Mr. Putin is taking over the seas.

Mr. Flurry writes in his free booklet The Prophesied ‘Prince of Russia’: “Russia is the most dangerous and aggressive nuclear superpower in the world today. Surely that means Russia must be discussed in Bible prophecy. If you know its ancient biblical name, you can find prophecies about this nation in the Old and New Testaments.”

One of the most important prophecies is found in Ezekiel 38: “And the word of the Lord came unto me, saying, Son of man, set thy face against Gog, the land of Magog, the chief prince of Meshech and Tubal, and prophesy against him” (verses 1-2).

Who is this “chief prince of Meshech and Tubal”?

Meshech, referred to in ancient records as Musku, Muski or Mushki, relates to the Russian spelling of Moscow (Russian, Moskva). Tubal refers to the city of Tobolsk, named after the Tobol River, in Siberia. Though small now, it was formerly the czar’s administrative capital over Asian Russia.

Meanwhile, the word “chief,” mistranslated in the King James Version, is actually a proper noun: Rosh (compare with Russia’s name in the Russian language, Rossiya). Verse 2 should read: “the prince of Rosh, Meshech and Tubal.” Or in modern English, “the prince of Russia, Moscow and Tobolsk.”

We believe Vladimir Putin is this man.

To learn more, request a free copy of The Prophesied ‘Prince of Russia.’