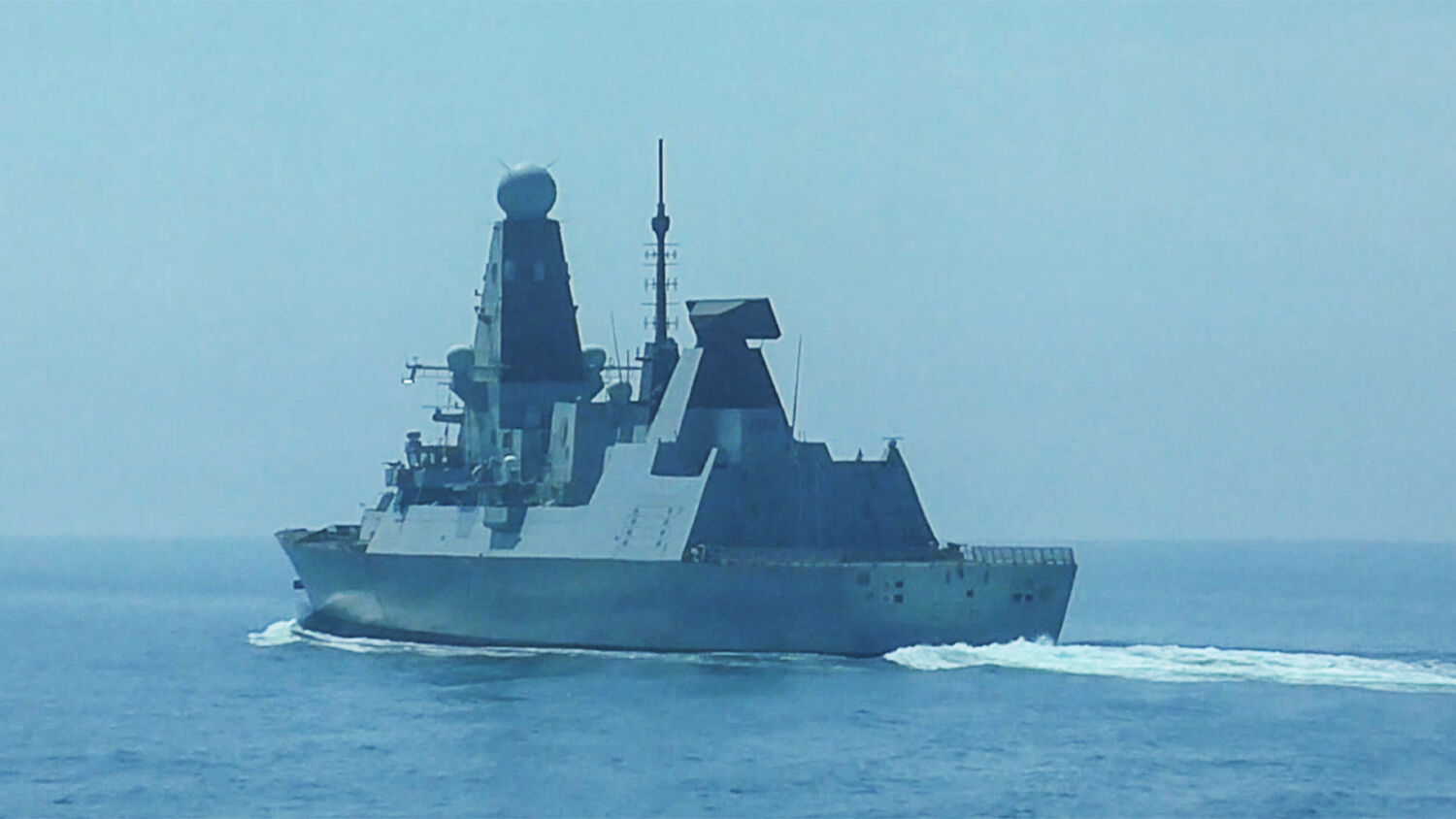 Russia alarmed the world on June 23 by declaring that it had not only fired warning shots at Britain’s hms Defender, but that it had also dropped bombs in the British vessel’s path.

The incident occurred off the coast of Crimea, a peninsula that became part of Ukraine after the Soviet Union broke up in the early 1990s. But in 2014, Russian President Vladimir Putin occupied and annexed the territory. In the years since, he has established a robust military presence there, including installing an array of advanced missile defense systems. He also claims the 12 nautical miles of sea around Crimea as its territorial waters.

The Kremlin says the hms Defender crossed about two miles into these waters off Crimea’s coast as it transited the Black Sea from Odessa, Ukraine, to Georgia, justifying the Russian response.

Russia claims that it “halted the violation” with warning shots and that, 11 minutes later, it dropped four ofab-250 fragmentation bombs from Su-24 supersonic jets in the ship’s path. These aggressive operations forced Defender to change course, Russia claims.

“We can appeal to common sense, demand respect for international law,” Deputy Foreign Minister Sergei Ryabkov said. “[A]nd if that doesn’t work, we can bomb.”

Britain, like most nations, maintains that Russia’s annexation of Crimea was unlawful and therefore does not recognize these waters as Russian. In fact, Britain’s decision to sail through Crimean waters was intended to demonstrate that it still views the area as Ukrainian territory.

“This is part of a sovereign Ukrainian territory,” British Prime Minister Boris Johnson said the day after the incident. “[I]t was entirely right that we should vindicate the law and pursue freedom of navigation in the way that we did, take the shortest route between two points, and that’s what we did.”

If Russia’s version of last week’s events is accurate, it would mark the first time Russia has fired on a British warship in the Black Sea since the Crimean War in 1854.

But Britain denies that Russia fired shots at its vessel or dropped bombs in its path. It says the shots were from a previously announced gunnery exercise that Russian forces were carrying out nearby. Britain claims the hms Defender did not change its course during the exercises.

The truth remains somewhat obscure. But whether Putin fired shots and dropped bombs or merely claimed to have done so, the move is a bold and dangerous one. And it is the sort of behavior we should increasingly expect from this man.

After the collapse of the Soviet Union in 1991, Russia floundered through the next decade humiliated and with its sails in tatters. It washed out of the mainstream of international affairs, and many in the West ignored it. Then in 2000, Putin came to power and started righting the ship and altering its course.

In August 2008, he stunned the world by invading the former Soviet nation of Georgia and bringing much of its recognized territory under de facto Russian control.

That October, Trumpet editor in chief Gerald Flurry wrote about what the move indicated for the future: “Russia’s attack on Georgia in August marks the beginning of a dangerous new era in history. This was the first military strike of a rising Asian superpower—and there will be more! … We have witnessed the beginning of a new era!”

Mr. Flurry then named which other former Soviet nation Russia might attack next: “Will a crisis occur over Ukraine? That area is the breadbasket of Russia, and surely it is willing to wage war over that as well.”

Time proved that forecast accurate, with Russia’s 2014 invasion of Crimea and destabilization of Ukraine’s eastern regions.

Since then, Putin has continued wielding his might to prevent Georgia, Ukraine and other former Soviet countries from developing closer relations with Europe. He made Russia a major power in the Middle East, where it has undermined United States influence, helped the Syrian dictatorial regime stay afloat, and enabled Iran to keep pursuing nuclear arms. Putin has also transformed Russia’s military into a dramatically more modern and deadly force, and has regularly reminded Moscow’s enemies of that power, as in last week’s Black Sea incident.

Putin is clearly reviving Russia’s power and lifting its international relevance back toward Soviet levels. And as Mr. Flurry wrote, mankind is now in a “dangerous new era.”

Bible prophecy states that in the near future, Putin will steer Russia into a still more bellicose direction. In his booklet The Prophesied ‘Prince of Russia,’ Mr. Flurry explains that Putin is discussed in Bible prophecies in Ezekiel 38 and 39. “We need to watch Vladimir Putin closely,” he writes. “I believe he is almost certain to be the ‘prince of Rosh’ whom God inspired Ezekiel to write about 2,500 years ago!”

Putin’s rule shows that “[w]e are entering into the worst crisis ever in man’s history,” Mr. Flurry writes, but adds that trends now occuring in Russia are “super-inspiring at the same time.”

The rise of Putin’s Russia, including his saber rattling in the Black Sea, shows that the world is edging toward conflict. That is a reality that should sober each one of us. But today’s developments are also closely tied to the most joyous news imaginable. To understand more about this hope-filled future and why it is crucial to watch Putin in the lead-up to it, order your free copy of The Prophesied ‘Prince of Russia.’