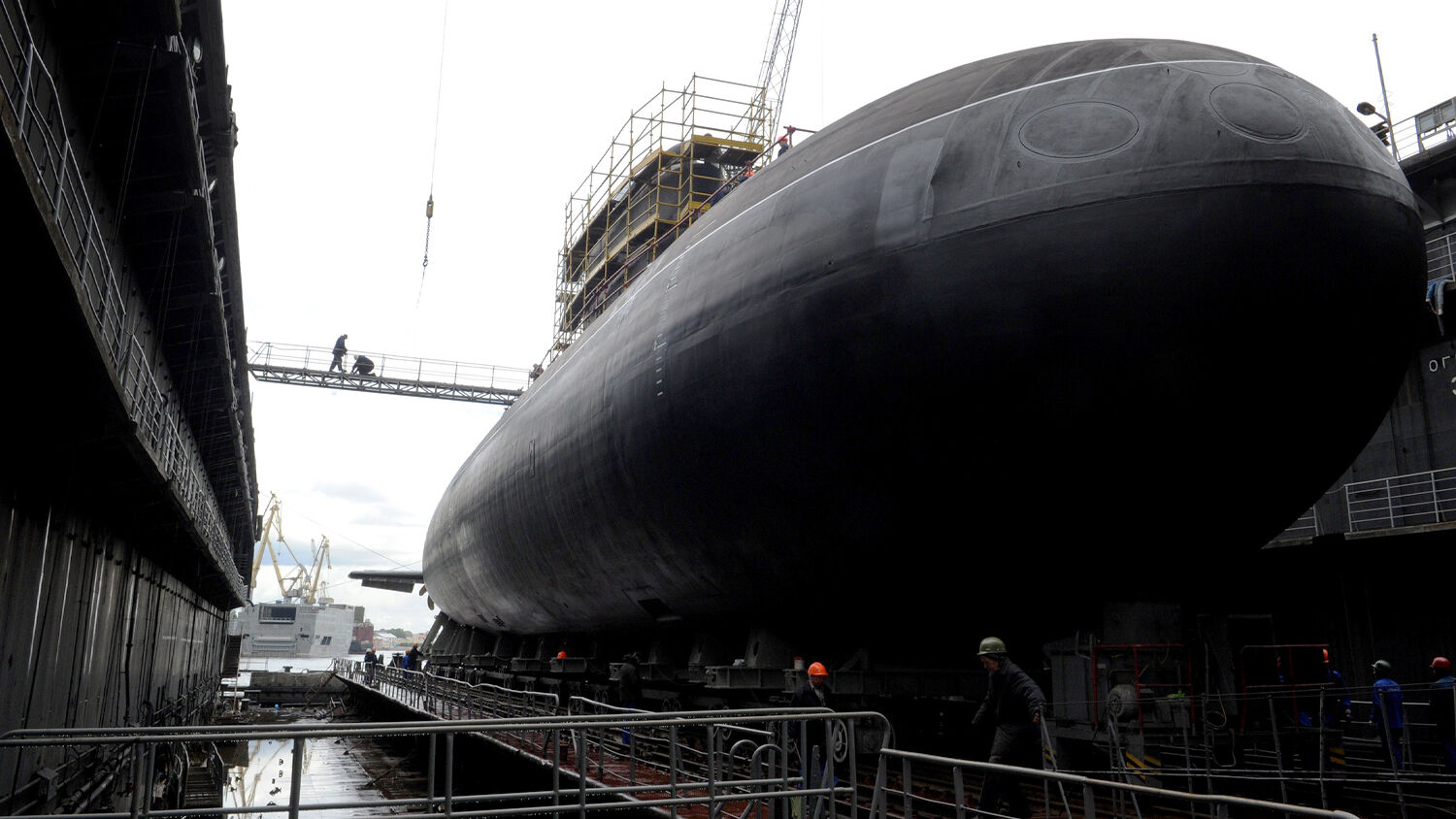 In a bid to secure its northern coast, Russia is assembling and testing powerful weapons in the Arctic, cnn reported on April 5. Experts are most concerned about Poseidon 2M39, an unmanned nuclear-powered stealth torpedo considered to be a “doomsday” device because of its destructive potential.

Since the torpedo’s unveiling on Russian state television in 2015, Russia has regularly threatened the United States and Europe with the Poseidon. Most dismissed it as nothing more than a “propaganda crutch,” but experts are now waking up to the danger it poses.

According to Christopher A. Ford, former assistant secretary of state for International Security and Non-Proliferation under the Trump administration, the Poseidon will be able to lay waste to an entire American seaboard. The torpedo can carry a nuclear warhead and unleash 100 megatons of power. After hitting the ocean floor, the torpedo would “inundate U.S. coastal cities with radioactive tsunamis,” Ford said last November. The resultant waves would span thousands of miles of land, rendering the area uninhabitable for decades.

The Poseidon’s recent assembling is part of larger and increased Russian activity in the Arctic Circle. New satellite images show Russia’s continued buildup of military bases along its Arctic coastline. It has built storage facilities for the Poseidon and other high-tech weapons and equipment, such as MiG31BM jets and bombers.

As Trumpet writer Jeremiah Jacques noted in 2019, “Historically, the frigid Arctic has been relatively free of the geopolitical struggles among world powers that have beset most other regions. But in recent decades, due to thawing ice and improving technology, this has begun to change.” And Russia is the most ambitious nation by far in regard to entrenching itself, extracting the reported 25 percent of Earth’s undiscovered oil and gas, and controlling the new shipping routes opening up there.

The Northern Sea Route, a shipping lane that runs from between Norway and Alaska, along Russia’s northern coast, particularly interests Moscow. It would potentially halve the time it takes to ship containers to Europe from Asia via the Suez Canal. It would also be a lucrative alternative in the event of another costly blockage to the Suez.

Russia already derives a quarter of its gross domestic product from the Arctic. Controlling more of the area would certainly boost its economy.

Elizabeth Buchanan, lecturer of Strategic Studies at Deakin University, Australia, said that “basic geography affords Russia the nsr [Northern Sea Route], which is increasingly seeing thinner ice for more of the year making it commercially viable to use as a transport artery. This might yet transform global shipping and, with it, the movements of 90-plus percent of all goods globally.”

The thinning ice, while being an economic boon Russia is keen to take advantage of, is also diminishing the nation’s natural ice defenses on the northern frontier. Military activity in the Arctic, therefore, is also designed to ensure Russia is not left vulnerable on its north. Kremlin spokesperson Dmitry Peskov said that President Vladimir Putin views Russia’s Arctic buildup as “an absolutely necessary element of building and maintaining the country’s defenses.”

U.S. officials are rightly worried about Russia’s threats against America’s coastline. And it appears the Poseidon is specifically designed to target America. But Russia’s Arctic activity is also “very concerning” for North Atlantic Treaty Organization countries, according to Katarzyna Zysk, a professor at the Norwegian Institute for Defense Studies.

“What is going on in the Arctic cannot be seen as detached from what Russia is doing in other regions,” she told Euronews. “In recent years, Russia has been willing to use its military force to achieve foreign-policy objectives.”

This was certainly the case with Russia’s invasion of Georgia in 2008. Trumpet editor in chief Gerald Flurry called it the signal that the world had entered a “dangerous new era.” The annexation of Crimea in 2014 was the second high-profile instance of Russia’s aggression toward Europe. Russia’s military ambitions have only grown stronger since.

Current hostilities are often viewed in the context of a new U.S.-Russia Cold War. American officials are rightly worried by Russia’s Arctic buildup. But five of the eight Arctic nations are European. And over the last hundred years, Eastern Europe has experienced Russian aggression firsthand. It has even more reason than the U.S. to be worried. And if Russia is testing weapons that would eviscerate the U.S., the world’s strongest military superpower, what chance do nations like Sweden, Denmark, Finland, Iceland and Norway have?

This is why Russia’s increasing aggression “strikes intense fear in Europe,” as Mr. Flurry wrote in 2004. And as he forecast following Russia’s annexation of Crimea in 2014, “The fear you see in Europe because of events in Crimea is going to cause 10 leaders in Europe to unite in a sudden and dramatic way.”

Mr. Flurry has reiterated this analysis several times over the years because it is founded on Bible prophecy. In his 2004 article, “Russia Frightens Europe—and Fulfills Bible Prophecy,” he quoted segments of Daniel 11:40-44. This passage prophesies that, in the near future, “tidings out of the east and out of the north [will] trouble” a power called “the king of the north.”

He explained that this king of the north will be a powerful, German-led Europe comprising “ten kings,” or strongman-style rulers, prophesied to unite their nations in the near future (Daniel 2:41; Revelation 17:12). The “tidings out of the east” concern a powerful alliance primarily between Russia and China. Bible prophecy indicates that it will be engaged in nuclear conflict with the European superpower. “Europe’s new fear of Russia is going to play a major role in hastening the fulfillment of that prophecy!” Mr. Flurry wrote in the May-June 2014 Trumpet issue.

Europe is waking up to the fact that it is woefully unprepared for conflict with Russia. The “doomsday” weapon makes that clear. And so, the only way to safeguard against an increasingly assertive Russia is for European nations to draw even closer together.

Mr. Flurry writes in his booklet The Prophesied ‘Prince of Russia’:

War is coming between Russia and China and a German-led Europe—war on a scale that is hard to imagine! Millions and even billions of people will be killed. Nuclear bombs and other weapons of mass destruction are going to impact every nation on Earth!

But the Bible also prophesies that at the end of all of these wars, the world is going to see the greatest event ever in the universe: the Second Coming of the Messiah, Jesus Christ! As Christ Himself said, if He didn’t return, there would literally be no flesh saved alive (Matthew 24:22; Moffatt). But before humanity annihilates itself, He will return and stop all this madness!

The events in the Arctic are about much more than Russia vs. America or Russia vs. Europe. They are about the greatest proof of the Bible: fulfilled prophecy. Request your free copy of Russia and China in Prophecy to fully understand these prophecies and to learn what action you need to take before they are fulfilled completely.