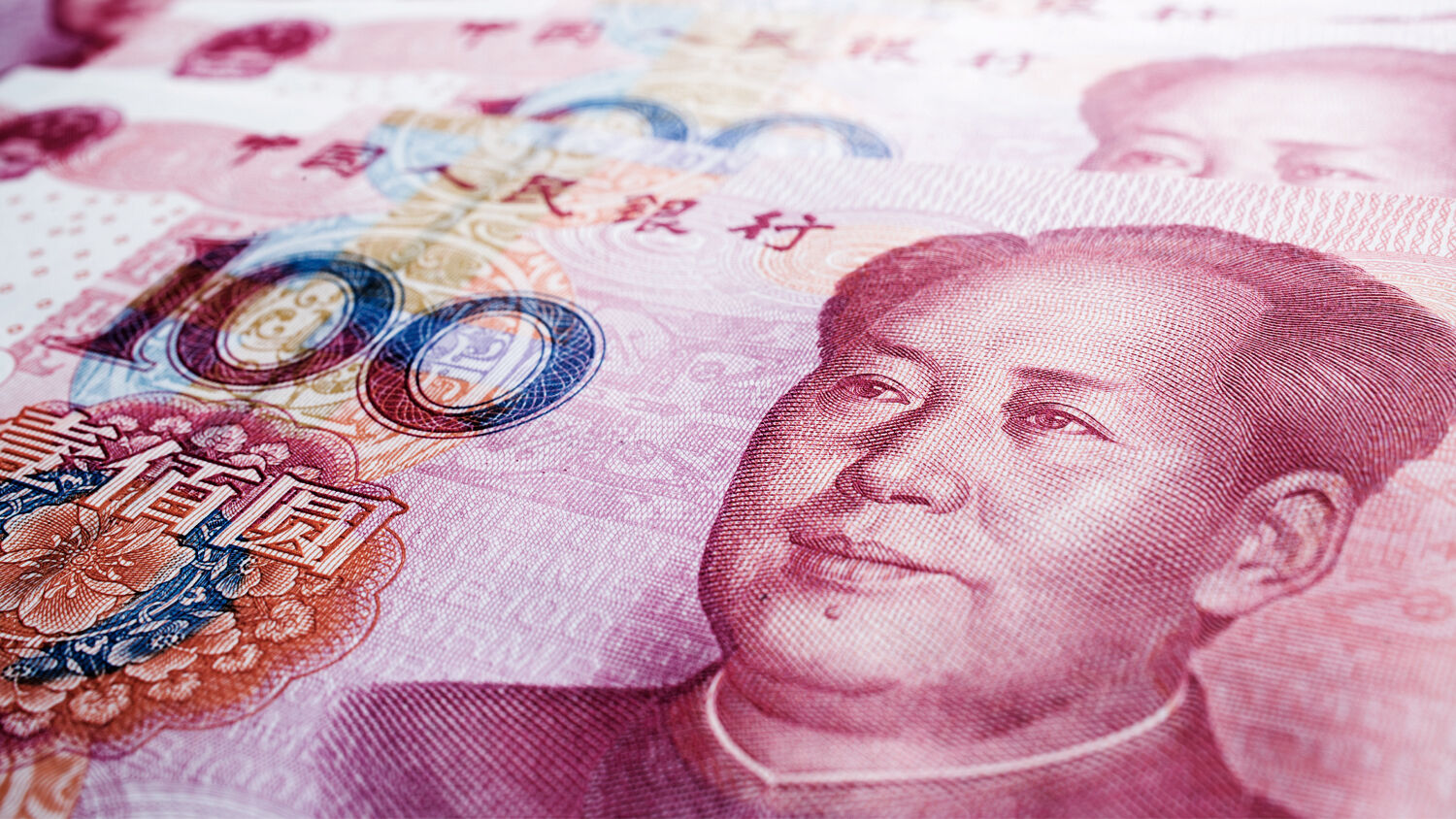 ‘The digital yuan’s acceptance beyond mainland China could give the regime a significant geo-economic tool, one that bypasses the network of banks and financial institutions that are subject to U.S. laws and binds client states more directly to Beijing.’

China’s new digital currency could boost Beijing’s power in international trade to the detriment of the United States dollar, and spread China’s toxic surveillance around the globe.

The digital yuan, officially called the Digital Currency Electronic Payment, marks the first instance of a major economy making a concerted bid to launch a digital currency. The effort gained momentum on January 16 when the digital yuan partnered with swift, the vast messaging system banks use to transfer money from one nation to another. It is now positioned to become an alternative to the U.S. dollar, long the currency of choice for international business.

The digital yuan’s appeal over the dollar and other traditional currencies stems from the blockchain technology it is built on. This technology gives it the ability to track transactions. From factory to storage facility, from port to cargo vessel, every point of a transaction is meticulously tracked. This facilitates just-in-time deliveries and just-in-time payments, and has the potential to drastically reduce transaction costs while increasing transaction security.

Since these factors add up to far more efficiency, they are boosting the Chinese currency’s allure. “China’s emerging digital currency could enhance the yuan’s importance in the international financial system,” reports a recent analysis from Washington Examiner. And since America’s currency has long dominated the swift system and the general global reserve currency dynamic, such enhancement would be “at the expense of the U.S. dollar.”

The dollar’s global dominance has functioned for decades as a vital artery of the American economy, helping finance the nation’s vast deficit expenditures and giving Washington major power over any country that imports or exports. The U.S. often uses this power to give “bite” to its economic sanctions, blocking individuals, corporations or entire nations from the global financial system.

But now that power could be pulled from America and placed into the hands of the Chinese Communist Party. “The digital yuan’s acceptance beyond mainland China could [bypass] the network of banks and financial institutions that are subject to U.S. laws,” the Examiner wrote.

The implications for the U.S. are deeply sobering and could contribute to an economic collapse that the Trumpet has been expecting. In 1968, Herbert W. Armstrong, editor in chief of our forerunner magazine, discussed the grave economic conditions that would afflict America in the end time. “If the dollar is devalued, inflation will almost surely result—and eventual economic collapse for the United States” (co-worker letter, March 26, 1968). His forecast was based on Bible prophecies, such as those recorded in Leviticus 26, which show that if the people of America rejected God, He would bring the nation to ruin: “Those of you who truly believe the prophecies of your Bible know such economic collapse is prophesied to happen!” Mr. Armstrong continued.

The implications of the power the digital currency could give to the Chinese Communist Party (ccp) are just as sobering.

The ccp has staked its regime on an ability to watch and control private activity inside China. To this end, it has built a surveillance system of more than 560 million facial recognition cameras—nearly one for every two people. The People’s Daily says the system can scan the faces of China’s 1.4 billion people in only one second.

And the government does not stop with just watching people.

This surveillance network is being integrated into China’s infamous “social credit” system. This means if a camera spots someone jaywalking, loitering, driving poorly, smoking in a non-smoking zone, or failing to pick up after his dog, his social credit score goes down. The ccp also monitors purchases. If a person pays someone with a ¥20 Chinese Renminbi banknote, the government may not know (unless the transaction is captured on camera). But with the digital yuan, every single transaction goes into an electronic ledger. “While their ledger is surely centralized at their central bank and not available to the public,” digital currency expert Matt Stankiewicz wrote last month, “you can also be sure that this authoritarian government will have full access to it and will certainly be tracking the movement of money amongst and between its citizens.”

Even something as benign as spending more on video games than the government deems appropriate is enough to lower a person’s score. If someone tries to buy a Taiwanese flag or a some symbol of Hong Kong’s pro-democracy movement, the drop will be precipitous.

If a person’s score falls low enough, the government may throttle his Internet speeds, block him from certain schools and jobs, and ban him from travel. A report from China’s National Public Credit Information Center said that in 2018, more than 17 million Chinese citizens were blocked from buying plane tickets due to low social credit scores. For more serious infractions, a person may be put in a concentration camp or prison. A government document about the system said it is designed to “allow the trustworthy to roam everywhere under heaven while making it hard for the discredited to take a single step.”

And “trustworthy” and “discredited” here are defined by the utterly corrupt ccp, which is concerned only with prolonging and expanding its own power.

Much of this is already a reality inside of China. And now the digital yuan may allow the ccp to extend this type of surveillance far beyond their borders and into wallets and purses around the world. “The digital yuan’s acceptance beyond mainland China could give the regime a significant geo-economic tool,” the Examiner wrote. It would be a tool that “binds” anyone who uses the digital yuan “more directly to Beijing.”

The Examiner says the “combination of visibility of currency users and technical control” makes this “a monetary dream for Chinese Communist officials.”

Nazak Nikakhtar, former Department of Commerce assistant secretary, said: “There’s no anonymity, which [means] the central bank and the central government is going to watch you and how you spend your money.”

And as is happening within China, watching is only the first step. The ccp would soon act on its observations. If the Cambodian government used the digital yuan to try to buy U.S. weapons, or if Laos used it to import machines from Japan that are roughly equivalent to some made-in-China models, the Chinese leaders would not only know about it, they could block or “expire” the funds before they were ever transferred.

For these reasons, the digital yuan faces the same resistance outside China that the traditional yuan has long faced. Many are terrified of the ccp’s corruption, self-serving regulations and currency manipulation, and this has hindered the global appeal of China’s currency. But Nikakhtar and other analysts fear that as China grows more economically powerful, the eagerness of governments and companies to secure short-term gains may override their concerns about the ccp.

A central banker from a Southeast Asian country, speaking to Kyodo News last month, agreed with this view. “The digital yuan would enable emerging economies to swiftly and conveniently carry out payment and settlement operations at low cost.” The convenience and cost may be irresistible in the short term. But over time the arrangement could let Beijing bend these economies to its will. “The possibility cannot be ruled out,” the banker said, “that the yuan will rapidly build a position as key currency in a China-led economic zone.”

The implications are disturbing. But we should expect the Chinese Communist Party’s power, financial and otherwise, to keep growing. And we should expect it to begin using this power more directly against the United States and its allies.

Trumpet editor in chief Gerald Flurry writes in his booklet Isaiah’s End-Time Vision about the American collapse that Mr. Armstrong forecast. And he explains that a time is coming when China and other Asian nations will work in conjunction with European states to block the U.S. and Britain out of world trade. “[W]e believe there may be a brief alliance between the German-led Holy Roman Empire and certain Asian powers (Russia, China, Japan—the kings of the east),” he writes.

In Ezekiel—The End-Time Prophet, Mr. Flurry examines prophecies in Ezekiel 5, Deuteronomy 28 and Isaiah 23 and provides more insight into this future siege against the English-speaking countries: “The United States and Britain are going to be left out in the cold as two gigantic trade blocs, Europe and Asia, mesh together and begin calling the shots in world commerce. These nations … are going to be literally besieged—economically frozen out of world trade!”

If China’s new digital currency succeeds in pushing nations away from the dollar and toward the yuan, it could precipitate the dollar’s demise, boost the ccp’s power, and set the international stage for this prophesied siege to take place. Bible prophecy makes clear that this will lead immediately into an era of unprecedented devastation for the U.S., Britain and Israel, and that those flames will then engulf the whole world.

But there is also some good news connected to this looming crisis. To understand, order your free copies of Isaiah’s End-Time Vision and Ezekiel—The End-Time Prophet.