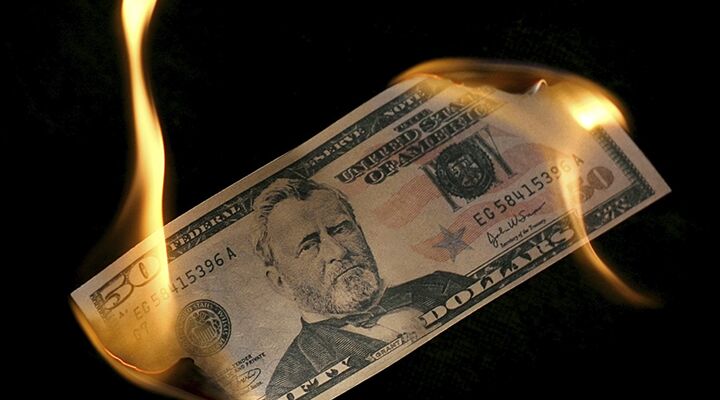 China’s much anticipated international payment system is set to launch. It could be a big blow to the dollar—and America’s ability to police the world.

This year may go down as a turning point in United States economic history.

Reuters reports that three high-level Chinese officials have confirmed that China will launch its long-awaited international payment system in September or October. The system will allow foreign banks to conduct transactions in yuan instead of dollars and transfer funds across international borders without using America’s swift payment system.

This latest move by China is an effort to make the yuan a reserve currency. If successful, the newly created China International Payment System (cips) will remove the biggest hurdles to internationalizing the yuan. It will cut costs, cut processing times, and simplify the transactions associated with obtaining and using yuan. Apparently 13 Chinese banks and seven foreign banks are currently engaged in testing the system.

Purchasing goods in yuan will soon be as simple and inexpensive as using the dollar. Reuters compared the creation of cips to a “worldwide payments superhighway” for the yuan.

Geopolitical repercussions are inevitable. The dollar’s role as global reserve currency is being challenged.

Loss of reserve currency status would leave America without the freedom to create money out of thin air to finance government spending. All things being equal, interest rates would be higher, borrowing rates would fall, banking profitability would shrink, consumer spending would constrict, corporations would become less profitable, jobs would be cut, and stock prices would fall. Additionally, America’s large debt and retirement obligations would become even less likely to be paid.

Already, China’s yuan is one of the world’s top five payment currencies. In November, it surpassed the Canadian and Australian dollars in global usage, according to swift.

It’s true that global yuan usage is still a fraction of the dollar’s, but China’s move to create its own competetive version of America’s swift system is just one piece of infrastructure going into place to allow the yuan to grab global market share from the dollar.

Another even more significant piece of China’s attempt to dollarize the yuan is its new Asia Infrastructure Investment Bank.

Former U.S. Treasury Secretary Larry Summers said the launch of this bank should be a “wake-up call” for America.

The U.S. has protested strongly against the creation of this bank—which China marketed as an alternative to the U.S.-controlled World Bank. Yet every single U.S. ally except Canada and Japan have defied America’s wishes to join China.

“I can think of no event since Bretton Woods comparable to the combination of China’s effort to establish a major new institution and the failure of the U.S. to persuade dozens of its traditional allies, starting with Britain, to stay out of it,” wrote Summers.

It says a lot about your standing when even your closest allies join your enemies.

The world is craving alternatives to the U.S. dollar—and China aims to provide one.

As well-known investor Jim Rogers said in January, the dollar is a “terribly flawed currency …. People are looking for alternatives.” He explained:

The U.S. is the largest debtor nation in the history of the world. Never has a nation ever got into this much debt, and it’s getting higher and higher every day.Washington is spending and borrowing even more and not doing anything about it. No nation would be able to get out of this without a crisis….What will need to happen for the U.S. dollar to lose reserve status? More of what is already happening—debts going higher ….Even our friends are starting to say it is out of control. The [South] Koreans do not have too much choice but are saying it is not going to work. … The Chinese and the Russians … are looking for something to use besides the U.S. dollar in their trades and in their reserves.

But perhaps more of the global backlash against the dollar is simply because other nations think America has too much power.

In June, the U.S. Justice Department fined French bank bnp Paribas $8.9 billion for using dollars to facilitate trade with Cuba and Iran, even though the bank was not breaking any French law. America didn’t like that it was helping these nations, so the bank was forced to pay up or be locked out of the U.S. money system—a financial death sentence.

The bank paid. As did Britain’s Standard Chartered Bank, Germany’s Commerzbank and Switzerland’s ubs, among others.

You might agree that it was appropriate for America to target foreign banks doing business in countries America is sanctioning. And it is ironic that America is now eliminating sanctions on Iran and Cuba, just months after collecting record fines and pushing foreign banks to leave the island nation. But the undeniable result of this and similar actions is a world looking for a new system that avoids the dollar.

China’s much anticipated international payment system is set to launch this year. And members of China’s new investment bank are bound to use it. Has the world reached peak dollar usage?

The dollar’s road to oblivion could be short and swift.