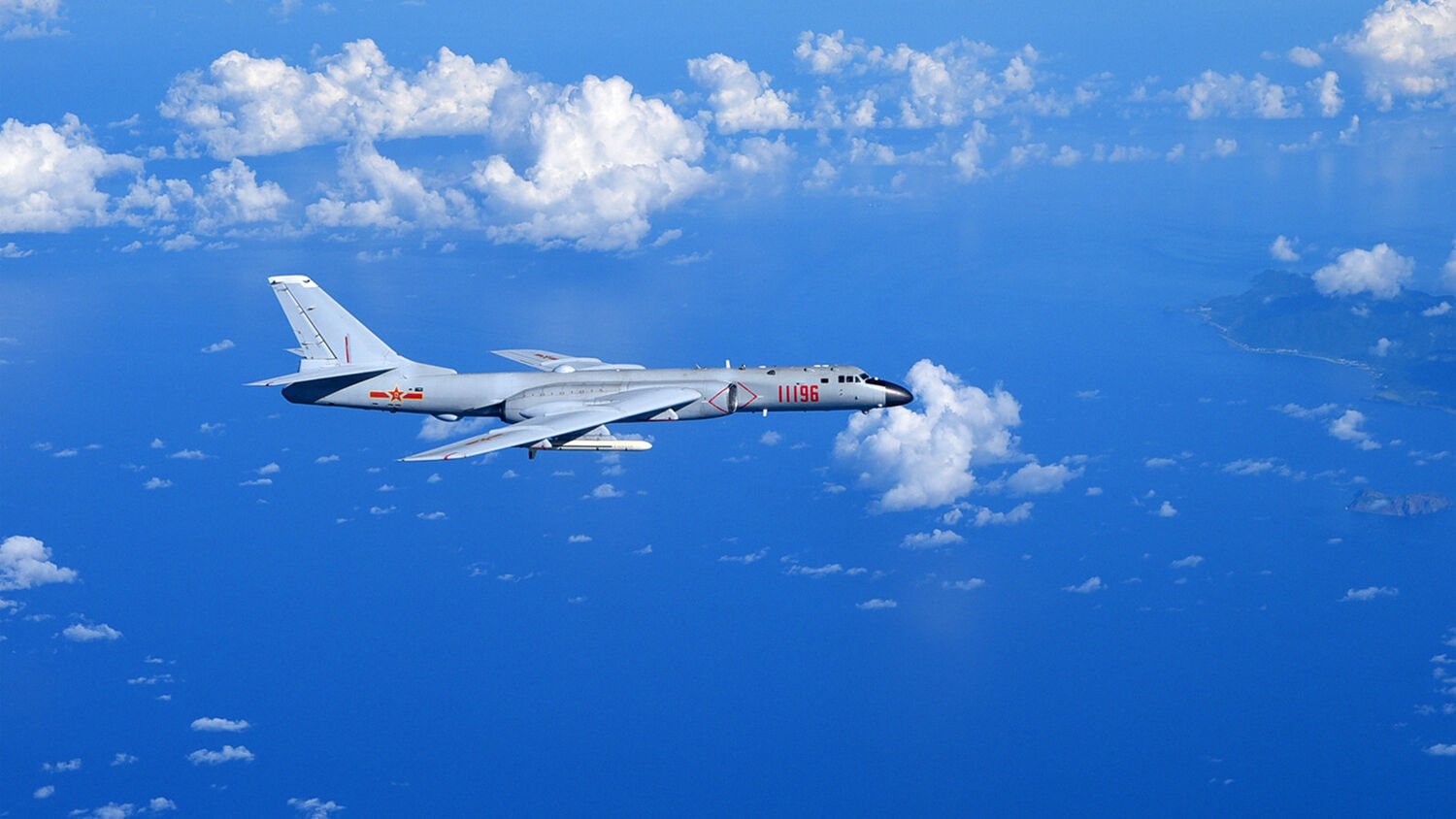 A Chinese Air Force H-6K bomber flies to the West Pacific, via the Bashi Strait.
Xinhua/Guo Wei via Getty Images

China is determined to seize Taiwan, and American intervention is no longer the deterrent that it used to be.

Chinese military aircraft made a record 20 trespasses into Taiwan’s air defense identification zone on March 26, in the latest signal of Beijing’s intention to conquer the island nation. Since last year, Taiwan’s Defense Ministry has been reporting near daily Chinese military flights into Taiwanese airspace. And this record-breaking day demonstrates China’s increasing brazenness.

Among the Chinese aircraft were four nuclear-capable H-6K bombers and 10 J-16 fighter jets. A senior United States official told the Financial Times that this heavy firepower demonstrated a new level of boldness on China’s part.

“China appears to be moving from a period of being content with the status quo over Taiwan,” the official said, “to a period in which they are more impatient and more prepared to test the limits and flirt with the idea of unification.”

Meanwhile, China has deployed dredging ships around Taiwan’s islands that are forcing the local Coast Guard to run constant patrols. The goal is to tie down Taiwan’s naval defenses, exhausting them before engaging in open combat. Last year, Taiwanese ships were forced to conduct 1,223 missions to intercept Chinese vessels, up by 400 from 2019. And this year could eclipse that figure.

There are many forecasts and predictions about China’s designs for Taiwan. Several analysts believe there is no imminent threat. Some say a crisis won’t erupt for many years, even decades. But U.S. Adm. John Aquilino believes “this problem is much closer to us than most think.”

After the Chinese Communists won the civil war in 1949, they drove the opposing nationalists off the mainland to the island of Taiwan. The remaining Communists proclaimed the new country the People’s Republic of China, while the nationalists established Taiwan.

But ever since, China has considered Taiwan a breakaway province and has vowed to put it under Beijing’s power by any means necessary.

In 2019, Chinese President Xi Jinping said Taiwan “must be, will be” unified with China. The Chinese Communist Party’s next congress is set for 2022, and the People’s Liberation Army’s centenary will occur in 2027. Taiwanese officials are concerned that Xi might seek to mark these important landmarks with the acquisition of Taiwan.

Only U.S. political support of Taiwan, as well as weapons sales and security assurances, have so far prevented China from using force to conquer the island.

But China made its record incursion just one day after the U.S. and Taiwan agreed to increase cooperation between their coast guards. This growing boldness sends an important message: China is determined to seize Taiwan, and American intervention is no longer the deterrent it used to be.

When Bill Clinton became the first U.S. president to publicly oppose Taiwanese independence in 1998, Trumpet editor in chief Gerald Flurry explained that this marked the beginning of the end for Taiwan. He wrote in “Taiwan Betrayal”:

The people of Taiwan fear for their future. They feel betrayed. … We not only betray the Taiwanese, we betray our own ideals of freedom. … Once again, America has showcased its broken will to the whole world. How could anyone fail to see that Taiwan is destined to become a part of mainland China? These … people are going to be forced into the Chinese mold; and it is going to happen for one reason: because of a pitifully weak-willed America. Does freedom really mean so little to us?

Mr. Flurry’s understanding of America’s “broken will” in relation to China and Taiwan is based on Bible prophecy. In Leviticus 26:19, God warns the nation of Israel that “I will break the pride of your power” as punishment for rejecting Him. Herbert W. Armstrong proved in The United States and Britain in Prophecy that America and Britain descended from ancient Israel. Therefore, Bible prophecies about Israel are chiefly about modern-day America and Britain.

Since Mr. Flurry’s 1998 article, a more prosperous China has emerged. It has a larger arsenal of missiles, warplanes, naval ships and weapons designed specifically to take Taiwan according to David Shlapak, a senior defense researcher at the rand Corp. think tank.

“When you look at the numbers and ranges of systems that China deploys,” he said, “it’s pretty easy to deduce what their main target is, because pretty much everything they build can hit Taiwan. And a lot of stuff they build really can only hit Taiwan.”

And since 1998, China has been able to close the gap with the U.S.’s naval superiority. So much so that the U.S. military believes it would lose in a confrontation with China in Southeast Asia.

All this indicates that Mr. Flurry’s Bible-based prediction will soon come to pass. To fully understand the prophetic picture the Bible paints of China’s future in relation to Taiwan, the U.S. and the rest of the world, please request your free copy of Russia and China in Prophecy.