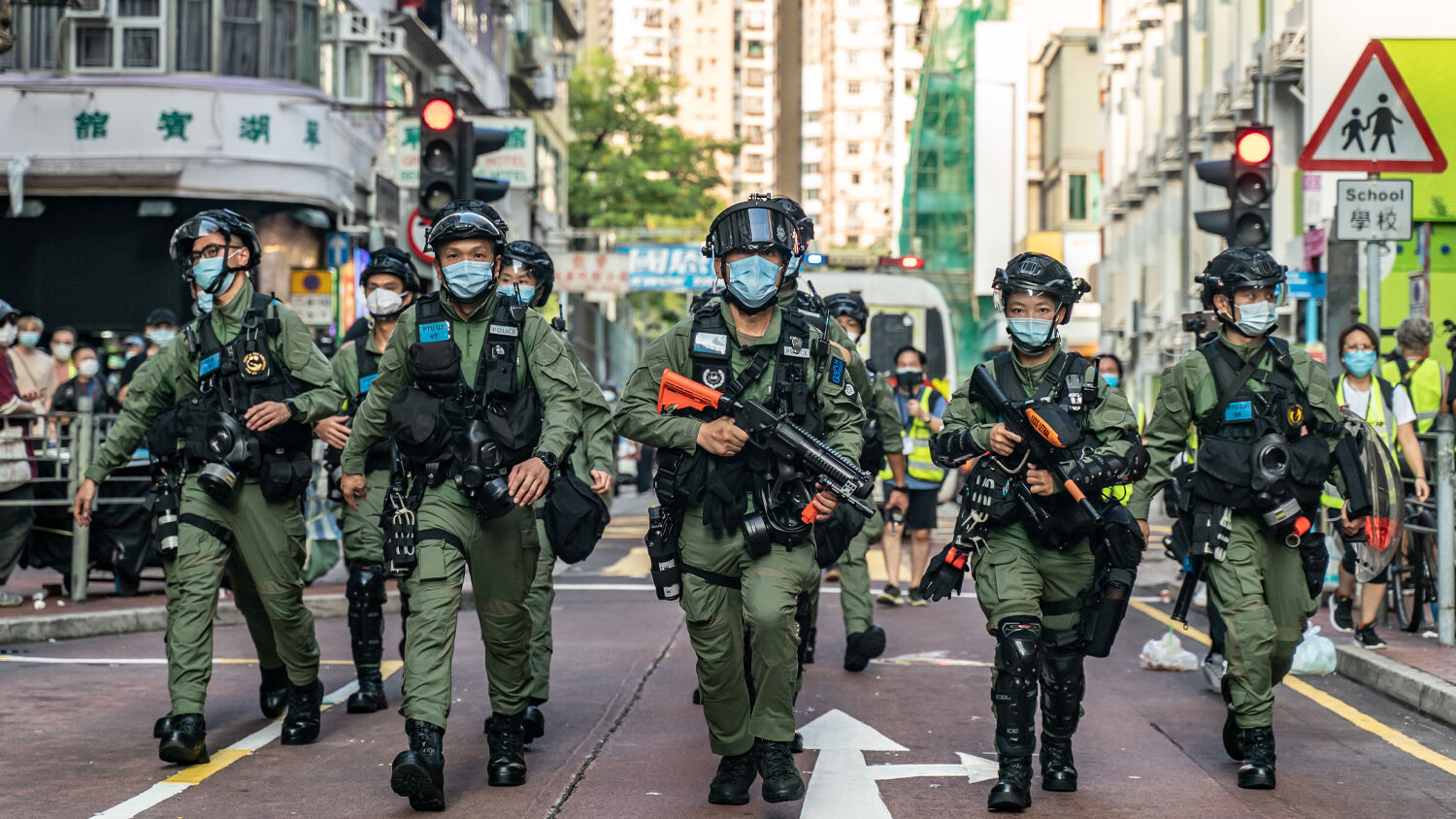 As the UK opens the door to Hong Kong refugees, Communist China wants to shut it—permanently.

The Hong Kong government proposed an amendment bill to the immigration law in late January that would enable security chiefs to unilaterally ban any individual from leaving the country, a move that represents a new low in China’s crusade to erase Hong Kong’s freedoms. If successful, the amendment would be a major step toward transforming what used to be a modern metropolis into North Korea 2.0.

According to the Hong Kong Bar Association (hkba), the amendment gives “apparently unfettered power” to the immigration director to detain any individual, whether a Hong Kong resident or not, on the island indefinitely.

For decades, Hong Kong’s mini-constitution, called the Basic Law, upheld the people’s freedom. But in recent years, the Communist Party of China has launched a no-holds-barred assault on the freedoms it enshrines. In 2019, China proposed a controversial extradition bill, which was withdrawn only after passionate protests and demonstrations. But the more recent national security law has muzzled freedom of speech and jailed pro-democracy activists. The security law itself already contains provisions demanding the surrender of travel documents in certain circumstances. Thus, the hbka calls further legislation “difficult to understand.”

But looking at Communist China’s incursion into Hong Kong over the last few years, this desire for absolute rule should come as no surprise.

This new bill would tighten Beijing’s grip, making its rule even more absolute. Under Section 6A, the director of immigration would have the power to “direct that a passenger or a member of the crew of a carrier may or may not be carried on board the carrier.”

The Mandarin word for “carrier” essentially means any mode of transportation by land, sea or air. This prohibition would directly contravene Article 31 of Hong Kong’s Basic Law and the freedom it allows: “Hong Kong residents shall have freedom of movement within the Hong Kong Special Administrative Region and freedom of emigration to other countries and regions. They shall have freedom to travel and to enter or leave the region. Unless restrained by law, holders of valid travel documents shall be free to leave the region without special authorization.”

Hong Kong’s Security Bureau says it is all an “unnecessary misunderstanding.” It claims that the amendment is intended to prevent asylum seekers from entering Hong Kong without an application prior to arrival, and in no way impinges on the Basic Law.

Even if the courts rule that the bill infringes on the Basic Law, the China’s National People’s Congress could override any such judicial ruling. It could detain anyone at will.

Such bleak prospects have triggered a mass exodus of Hong Kongers. Just last month, for example, the United Kingdom introduced an immigration plan that could give as many as 5.4 million Hong Kongers asylum and a path to citizenship. Many have already made the move in an effort to escape China’s encroachment. Many more are eager to flee while they can. Once this bill passes, leaving Hong Kong could become as difficult and as rare as it is for defectors to escape North Korea.

This reality exposes the lie of Communist rule: The supposedly most utopian form of government has to forcibly prevent people from fleeing.

Some are staying back, fighting to salvage Hong Kong’s freedom. After all, Britain only handed it over to China in 1997 on the condition of at least 50 years sovereignty and semi-autonomy. But many residents see no choice but to flee.

Britain, along with the United States, once stood as the model after which Hong Kong’s freedom was built. But today, the U.S. and Britain are little more than spectators of Communist China’s brazen dismantling of Hong Kong’s sovereignty. The end of the era of Anglo-American dominance is upon us. A new, dark era is rapidly approaching.

As the modern Israelite nations decline, Gentile nations, such as China, are prophesied to become the dominant world powers. These Gentile nations will lead the world into the most cataclysmic period in human history.

In his article “The Climax of Man’s Rule Over Man,” Mr. Flurry wrote: “These ‘times of the Gentiles’ are yet to be fully realized. However, we are in the outer edges of this catastrophic storm. Events taking place in Xinjiang and Hong Kong, China, in Russia and its periphery, in Europe and Latin America and in the Middle East, have everything to do with this prophecy.”

Though many are essentially seeking refuge in the bygone era of Anglo-American dominance, this era is coming to an end. A new age is approaching, and when it arrives, there will be no place of refuge, except for the protection God will provide for the few who turn to Him.

Please read “What Are the Times of the Gentiles?”, which explains what will come upon the world when this “catastrophic storm” arrives. And while refuge in another country is all Hong Kongers have hope in today, Mr. Flurry explains that there is a more sure, more permanent and hope-filled future lying just beyond these approaching times. Read “The Climax of Man’s Rule Over Man” and request our free booklet Russia and China in Prophecy to fully understand the hope ahead for Hong Kong and the entire world.